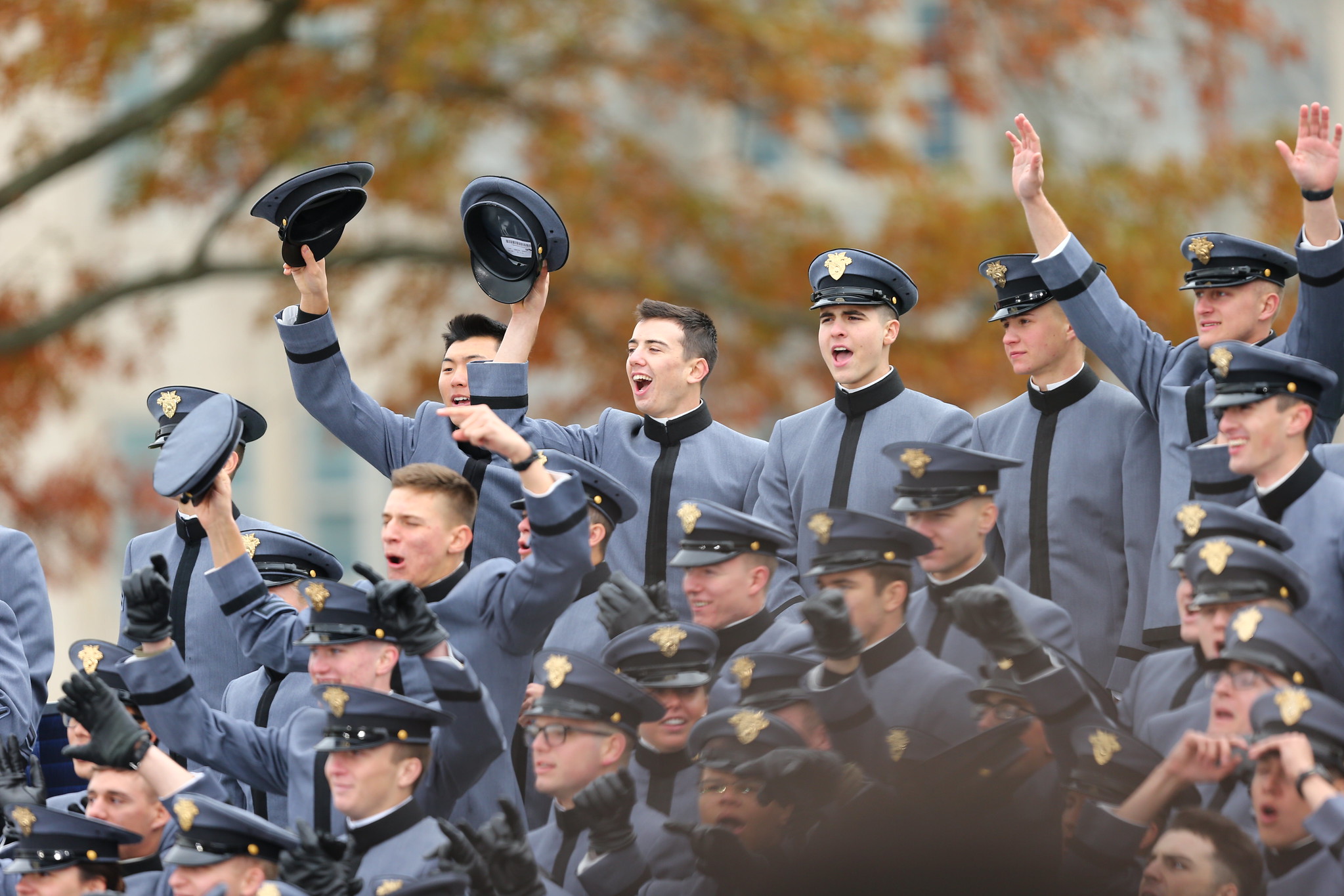 When Trump attended the 120th Army-Navy football game earlier this month, he was greeted with rousing applause and fans chanting “Commander in Chief” and “Four more years.” He used his appearance to promote a policy change that would allow athletes attending American military academies to delay their active-duty service for the purpose of playing professional sports.

This appearance came less than a month after Trump went head to head against his own senior military officials regarding the fate of Navy SEAL (the United States Navy Sea, Air, and Land Teams) Chief Edward Gallagher. In 2017, SEALs under Gallagher’s command reported witnessing the chief fatally stab a wounded ISIS captive as well as fire a sniper rifle at civilians.

In July, Gallagher was acquitted of murder, but convicted of another less serious crime he had been accused of: posing in a photo with a dead ISIS fighter. His punishment was a full rank demotion. Throughout his case, President Trump expressed support for Gallagher and intervened on his behalf, contradicting top military officials and deepening rifts between the military community at large.

Interventions in the Gallagher Case

The process of ejecting Gallagher from the force and pulling his Trident was made more complicated by the abnormal amount of attention that Gallagher’s court-martial received from members of Congress and from Trump himself. Not including several tweets and media responses regarding the case, Trump intervened on three major occasions.

After the trial had ended and the process to demote Gallagher was underway, the White House announced the pardon of two soldiers and an order directing the promotion of Gallagher to the rank he held before he was tried. This order essentially erased the work of the jury, forcing SEAL authorities into a compromising position.

Finally, on November 21st, the president tweeted that Gallagher would be allowed to keep his Trident pin. Although this was not interpreted by Navy officials as an official order, the review board for Gallagher’s trident status was cancelled the following week by order of the Secretary of Defense Mark Esper and President Trump. Gallagher will now retire on November 30th as a Navy SEAL.

When asked about his motivations for his aggressive defence of Gallagher, Trump has maintained that his support for Gallagher is rooted in his desire to support American “warriors,” even tweeting “I will always protect our great warfighters. I’ve got your backs!”

This being said, it is likely that Trump’s support of Gallagher is motivated by more than moral grounds; Trump is attempting to cater to his voter base in anticipation of the 2020 Presidential election. In addition, it is important to note that military and veteran votes are critical to Trump’s voter base. However, recent polls and statements by military officials have demonstrated waning support for Trump amongst those demographics.

Implications of the Commander-in-Chief’s Intervention

This is not the first time that Trump has displayed a murky relationship with his own military. Throughout his time in the political limelight, he has shown moments of both deep affinity and support for the military while, simultaneously, opposing military personnel and procedure.

Trump’s last-minute, unpredictable military decisions, such as withdrawing 1,000 troops from Syria in October, have challenged the Pentagon’s decision-making repeatedly.

On a broader level, Rear Admiral Collin Green, the recently appointed commander of the Navy SEALs, has come out very publicly as an enforcer of discipline and accountability in light of multiple Navy scandals in recent years. In general, Trump’s temperament seems to be incompatible with the military values Green is trying to re-enforce.

While the military is built on discipline, order, modesty, and rigid status quo, Trump has described himself as an “unconventional person” and has made unexpected decisions and statements a trademark of his presidency.

Nonetheless, the President has supported the military by continuing to use staunchly pro-military rhetoric throughout his campaign and presidency in addition to increasing the budget to $716 billion this year from $585 billion in 2016, among other ways.

His pervasive “America First” rhetoric and pro-military language promote a distinct, militaristic nationalism that has drawn in some voters while repulsing others. While this rhetoric helped him win the 2016 election, Trump’s contradictory actions may prove to alienate a significant portion of his military voters in 2020.

With Trump’s impeachment underway, focusing on the issues at hand might seem trivial. However, Trump’s brand of military nationalism may have the potential to set a dangerous precedent for the U.S. military and its influence.

Already, on November 27th, the Navy announced that three SEAL officers linked to the Gallagher case would not face Trident Review Boards, ending a process that could have pulled their Trident pin. This decision demonstrates the way in which Trump’s influence on the Gallagher case has extended beyond the fate of Gallagher himself and into other military decisions.

Furthermore, military personnel have expressed concern regarding the case affecting  future war crime whistleblowing. After all, in the Gallagher case, the significance of several SEALs breaking the group’s code of silence and testifying against their Chief should not be looked over.

Their reports were only undermined when the Commander-in-Chief essentially signalled that their concerns were unimpactful. In this way, Trump’s interventions have encouraged a culture of silence within armed forces, clearly contradicting Admiral Green’s pro-discipline initiative.

The way in which Trump defended Gallagher demonstrates a fundamental disconnect between Trump and the military that he leads. Trump’s disjointed relationship with the U.S. military presents some obvious dangers. The Gallagher case was only the latest demonstration that the Commander-in-Chief of the world’s most powerful military lacks a fundamental understanding of that fact that the military’s purpose extends beyond violence and power.