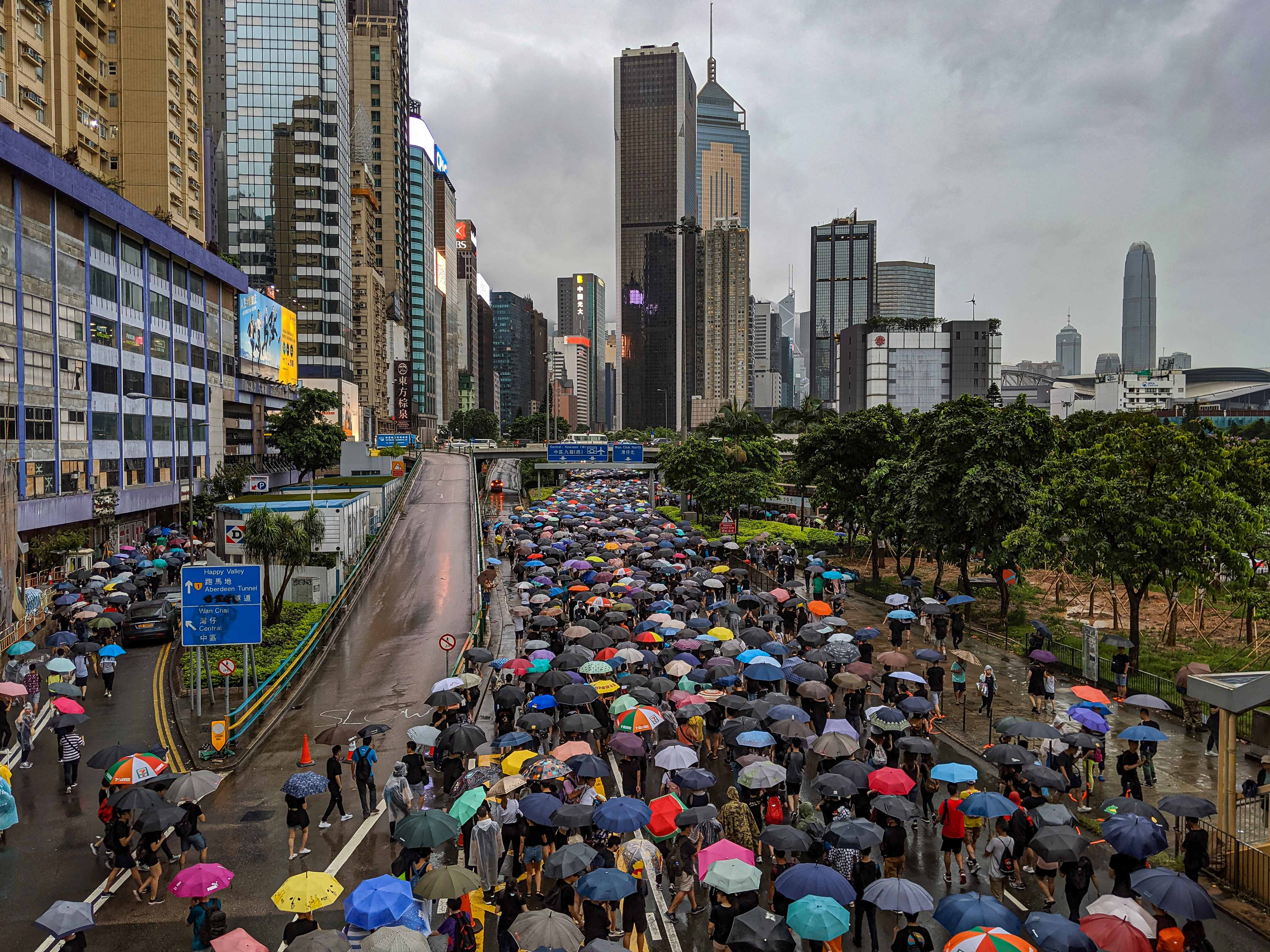 As we enter into a new decade and a new year, many of us have most likely engaged in a period of self-reflection. This typically involves the wish to right some wrongs, and improve upon or try new things. Sometimes, it can even lead to the formation of an unparalleled and exceptional self, best phrased in the “new year, new me” mantra. The start of a new year can symbolize the process of new beginnings and change, and while this way of thinking is most often applied to our personal lives, the same can be done for the world around us.

2019 has been referred to as “the year of the protest” by many political observers. Many high profile protests, in nearly every arena of the world, have brought governments new challenges in the way they deal with citizens concerns.  What initially appeared to be small grievances, including slight bread and subway price hikes in Sudan and Chile respectively, for example, transformed into big demonstrations of civic activism in Asia, Europe, Latin America, and the Arab world.

BBC News indicates that many protests shared similar concerns centering around income inequality, corruption, as well as the fight for more social and political freedoms. In Europe and North America specifically, concerns regarding climate change have also been a topic of civilian protest, especially following Greta Thunberg’s mobilization efforts and rise in the international political scene.

More specifically, in Egypt and Lebanon, citizen demands against increasing government corruption tactics have been a central point of focus for this year’s protests, dealing with calls for action against corruption in military positions, and the mishandling of public funds, among other reasons.

Many corruption claims in the 2019 protests are reflective of an overall concern relating to an increased cost of living. As important as it is to consider the economic, social, and political conditions which drove many of 2019’s protests to take place, such conditions, in several cases, are only emphasized by high levels of income inequality, coupled with increasing government austerity measures.

Upon reflecting on the events which occurred around this past year, an emerging theme arises. This year’s protests are demonstrative of  a “growing deficit of trust” between citizens and their government, as stated by United Nations Secretary General António Guterres. Surely, each protest of 2019 was sparked by a variety of citizens concerns, but they all, at the base level, were created by a general deterioration in the social contract between voters and their ruling class.

Are Governments Doing Enough for their People?

With the aforementioned in mind, civilians from all around the world have sought more from their government. What this entails specifically is for governments to decrease violent retaliation efforts against their people, protect social and civil liberties, as well as attempt to respond to citizen demands in a way which is representative of the needs of their voters. Protests in Sudan, Algeria, Iraq, Lebanon and Bolivia, for example, have led to leadership takedowns in efforts to obtain more honest political actors. Protest movements in Hong Kong, Egypt, Zimbabwe, Ecuador, and Peru, among others, while unable to change their ruling politicians, have been able to present a threat to leaders as mobilization efforts continue to increase.

More now than in any other point in human history, political activism, mobilization, and organization has become an accredited form of criticism and pushback against ruling institutional and governing establishments. This phenomena is only further accelerated with the rise of social media and increased communication efforts which helps protestors gain momentum and international recognition. The rise of such platforms is all the more significant when considering how mass exposure of political mobilization efforts have been found to, especially in 2019, inspire and influence other protest efforts to take place.

As we enter into a new decade, it is important for us to reflect on the impact this new form of civic activism will have in the global order. Many of last year’s protests are still ongoing and will make their mark in 2020, as they did in 2019. The rise in tech and social media, and their intersection with the social and political sphere of our lives will change in ways we have never seen before. While the rise in global communication platforms has helped propel movements of civic change to take place and bring accountability to political leaders, it is also something which has been simultaneously instrumentalized by governments to dissuade and suppress some of these movements from occurring.

What 2019’s protests have shown the world is that there exists an ever-growing strain in the relationship between governments and their people. However, it will be interesting to observe if better means of governance will be implemented around the globe in this ever-rising technological age. If an increasingly technological age will help bring about increased government accountability, it will perhaps be all the more difficult for ruling establishments to suppress citizen demands in the years to come. In Hong Kong, where some of the largest protests of 2019 have occurred in the name of political freedom, protestors have adopted Bruce Lee’s famous quote: “Be formless, shapeless, like water.” If citizen demands become progressively more difficult to defeat, this can be a telling sign that future movements will only continue to engage in civic resistance in a variety of ways, adjusting their tactics to whatever circumstances that arise.