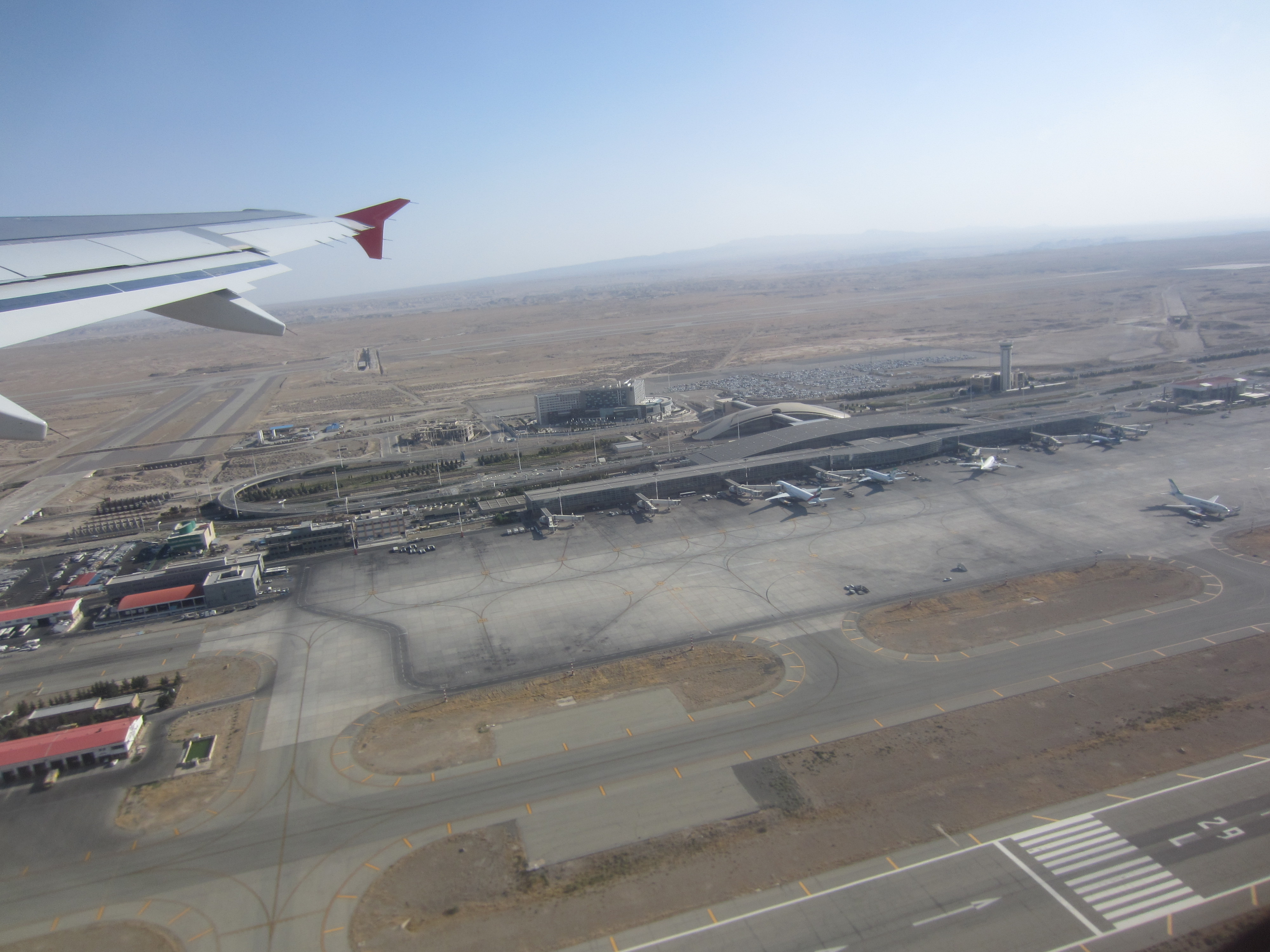 The entire world united in sorrow on the 8th of January as a passenger plane bound for the Ukrainian capital, Kyiv, crashed a few minutes after taking off from Tehran’s main international airport, killing 176 people. Iran’s Red Crescent said there was no chance of finding survivors, and Pir Hossein Kulivand, an Iranian emergency official, later told state TV all those on board had been killed.

Victims of the crash included 82 Iranians, 63 Canadians, 11 Ukrainians, 10 Swedes, four Afghans, three Germans and three Britans, according to Ukraine’s foreign minister, Vadym Prystaiko. Most of the passengers were en route to Kyiv, transiting through there to other destinations. Of the 176 passengers on board the Kyiv-bound flight, 138 were supposed to catch connecting flights to Canada.

The Boeing 737-800, operated by Ukraine International Airlines, took off from Imam Khomeini international airport at 6.12 am Tehran time on the 8th of January, after being delayed by almost an hour. It took off to the west, but never made it above 8,000 ft, going down just a few minutes later, according to flight-tracking websites.

A video purportedly of the crash circulated by Isna showed the aircraft burning as it fell from the sky.

The crash followed the events of January 3rd, when an American drone attack near the Baghdad airport killed Major General Qassim Suleimani, the powerful Iranian commander, which ratcheted up tensions between Washington and Tehran, threatening to tip hostilities into war. Moreover, on the morning of the 8th, just hours before the crash, Iran had fired missiles at multiple bases in Iraq that house American soldiers. Accordingly, the timing of the crash “raised immediate suspicions.”

Such concerns were temporarily alleviated as Iranian officials stated the plane’s engine had caught fire, causing the pilot to lose control. A statement initially posted on the website of the Ukrainian embassy in Iran ruled out an act of terror and said the crash had been caused by an engine malfunction. However, this was later redacted, with the embassy stating that all information would be provided by an official commission.

Boeing, which would usually assist with such investigations, released a brief statement saying it was aware of the media reports about the disaster and was gathering more information.

The 737-800 belongs to the same family as, but is different to, the 737 Max 8 aircraft, which has been grounded since two fatal crashes occurred within six months in Indonesia and Ethiopia in 2018. The 737-800 operates with a different software system to the one implicated in the Max 8 crashes.

The plane was less than four years old and had been checked two days before the accident, according to Ukraine International Airlines, which has indefinitely suspended flights to Tehran. Yevheniy Dykhne, the president of the airline, said it was “one of the best planes we had, with an amazing, reliable crew.” Nine of the Ukrainians on board were crew members. The diversity of the passengers gave rise to the scrutiny received from the international community and their involvement in the issue.

Ukraine’s president, Volodymyr Zelenskiy, who cut short a visit to Oman following the crash, ordered an investigation and a sweeping check of “all civilian aircraft” in the country.

“Our task is to establish the cause of the crash of the Boeing and provide all necessary help to the families of the victims,” Dmytro Razumkov, the speaker of the Ukrainian parliament, said in a statement on Facebook.

The UK Foreign Office added it was urgently seeking confirmation about how many British nationals were on board, and that it would do all it could to support any families affected.

On the 9th of January, a chilling new video appeared showing the moment an Iranian missile hit the Ukrainian passenger plane just before it crashed.  The footage emerged Thursday afternoon, hours after President Donald Trump revealed he had serious doubts the crash was caused by mechanical failure, as Iranian officials had claimed.

A large portion of online blame fell to Trump, with people positing that were it not for the Jan. 3 U.S. airstrike that killed Iranian Gen. Qassem Soleimani — the architect of the country’s regional security strategy — UIA Flight 752 would not have been struck by the missile and the lives of the civilians on board would have been spared.

Pentagon sources said that Iran’s missile defence system was likely active at the time due to the recent retaliatory missile attack on U.S. forces in Iraq. After all, as aforementioned, the plane crash took place mere hours after Iran fired missiles at a joint American-Iraqi army base.

“It was flying in a pretty rough neighbourhood. Somebody could have made a mistake,” Trump told reporters at the White House on Thursday. “I have a feeling that something very terrible happened, very devastating.” Canadian Prime Minister Justin Trudeau later echoed Trump’s concerns, saying that evidence indicates an Iranian missile downed the airplane and that the strike “may have been unintentional.”

Soon after Trudeau, Johnson and Trump spoke out, Iran issued a statement denying that the airliner was struck by a missile.

“All these reports are psychological warfare against Iran,” Iranian government spokesman Ali Rabiei said, according to state TV. “All those countries whose citizens were aboard the plane can send representatives and we urge Boeing to send its representative to join the process of investigating the black box.”

However, US intelligence officials were “confident” that Iran shot down the Ukraine International Airlines Flight 752 by mistake, one official told the New York Times. The official said two missiles had been fired from an Iranian air defense system, the SA-15, shortly before an explosion came from the jet. Two Pentagon officials added that the missiles were likely launched in error by Iranian anti-aircraft crews awaiting a US response to Iran’s rocket strikes against American bases in Iraq hours earlier.

The tide turned when Iran announced on the 11th of January that it’s military had indeed “unintentionally” shot down the Ukrainian jetliner after the government had repeatedly denied Western accusations that it was responsible.

A military statement carried by state media said the plane was mistaken for a “hostile target” after it turned toward a “sensitive military centre” of Iran’s Revolutionary Guard. The military was at its “highest level of readiness,” it said, amid heightened tensions with the United States.

The incident might spark fresh tensions in the Middle East just a day after Trump said Iran seemed to be “standing down.” On Saturday, Canadian Prime Minister Justin Trudeau said he is “outraged” and “furious” over the downing, and said Iran must take full responsibility.

Trudeau, who spoke with President Hassan Rouhani by phone, says the admission is a good first step, but many more steps must be taken. He says accountability must include a credible investigation and compensation for the families of the dead. Whether this will renew tensions in the region is yet to be seen.

On January 14th, Ukraine’s President Volodymyr Zelensky said he and Prime Minister Justin Trudeau have discussed the need to “punish” the Iranians responsible for the downing of the Ukrainian airliner. These demands were among the five elements in the agreement that emerged from the meeting Canada hosted in London Thursday with representatives from Britain, Sweden, Afghanistan, and Ukraine — all countries that lost citizens in the crash of flight PS752.

“Our Ukrainian experts and diplomats are ready to collaborate closely with our Canadian counterparts in Tehran. I confirmed this to Justin Trudeau once more. We will also coordinate efforts to punish those responsible for this tragedy,” Zelensky wrote.

Zelensky and Trudeau also discussed “further coordination of efforts to ensure proper international legal liability of those responsible for the plane crash,” according to a more detailed account from the Ukrainian government of their call – their third in a week. They didn’t go further into detail about the legal liability but it could possibly look like the international community cooperating to decide on an apt punishment for those responsible and Iran making sure that it is executed properly.

In addition, Trudeau asked Zelensky for assistance in dealing with Iranian authorities on the identification of the bodies of crash victims, including Canadian citizens.

In short, it appears likely that tensions will increase between Canada, its allies, and Iran as concrete punishment is yet to be served to the people responsible for the missile attack, whilst the world mourns for the victims of the crash and awaits to see how the events fold out.