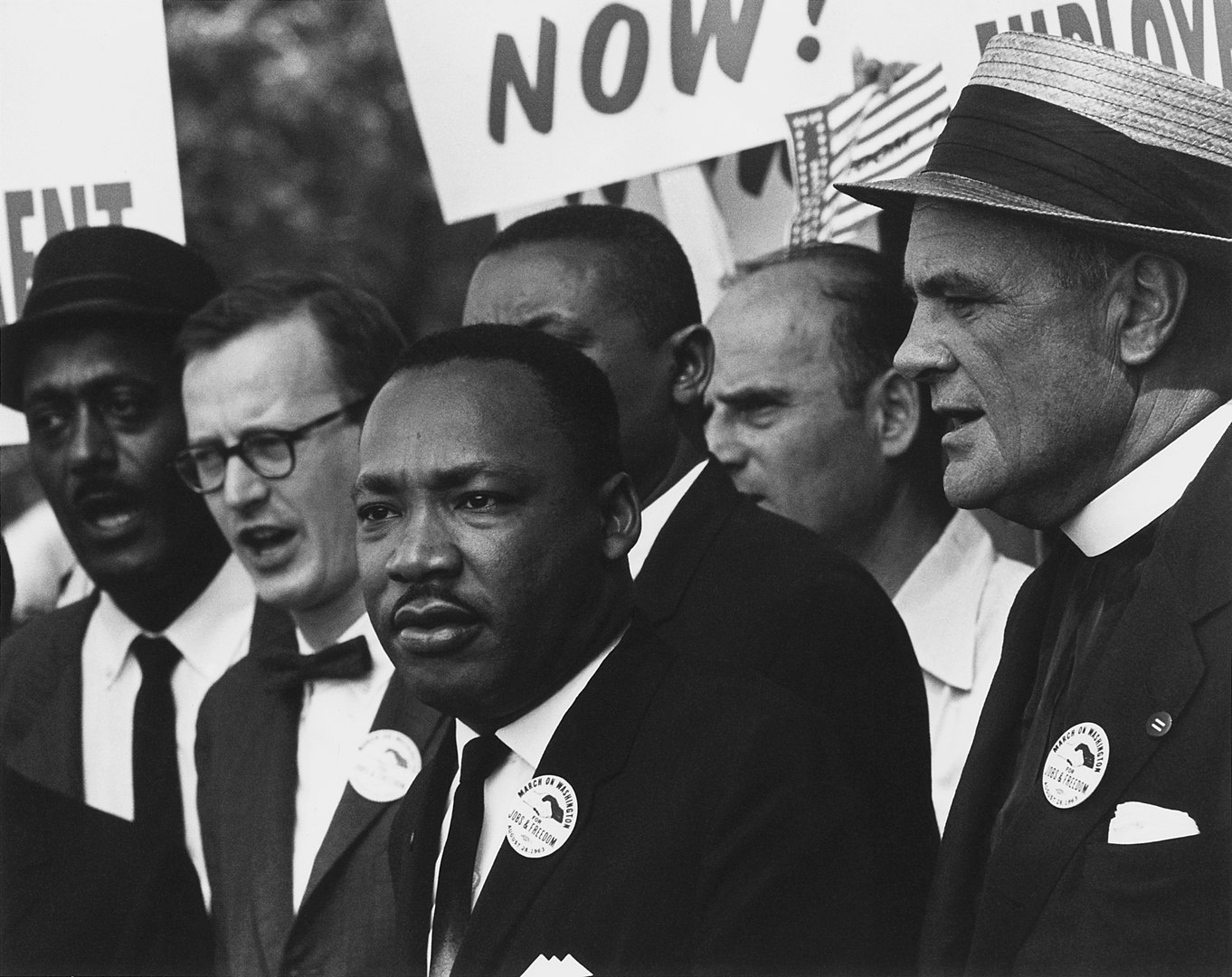 While democratically elected governments derive their legitimacy from the consent of the people, this does not necessarily prevent such governments from defying the values on which they were elected. As such, protest is vital to democratic governments. Citizens require mechanisms that allow them to express their dissatisfaction when governments purposefully or inadvertently waiver from core values.

In Canada, the right to peaceful protest is constitutionally guaranteed by the rights to freedom of association and expression enshrined in the Charter of Rights and Freedoms. However, citizens may also exercise civil disobedience, or break the law intentionally, as a stronger form of resistance to government action or inaction.

Though breaking the law is clearly not something governments can or should endorse, some politicians regard civil disobedience to be a part of a greater tradition of resisting political injustice, and as such, in line with the values they are trying to protect in government. Civil disobedience supports the argument that protests may not always be effective in putting adequate pressure on governments. Addressing injustices may necessitate more direct acts of defiance, including breaking the law.

Consider a comment made by Montreal city councillor, Christine Gosselin. After the 2019 climate strike that received worldwide recognition for its sheer level of attendance, Gosselin uploaded a post to Facebook that said: “To those who engage in civil disobedience, thank you.” Other city councillors in the region, along with Montreal Mayor Valerie Plante, distanced themselves from Gosselin’s comment, releasing a statement that she was “endangering the safety of people and the first responders.” Plante’s statement supports the predominant counterargument in the civil disobedience debate – that acts of indifference to particular laws can trigger greater patterns of indifference to the legal apparatus as a whole.

Regina mayor Michael Fougere asserted a similar point of view in 2017 after the provincial government announced that it would stop subsidizing the Saskatchewan Transportation company, then a provincial Crown corporation. By ending these subsidies, they effectively forced the company to close. After the final bus completed its trip, six passengers refused to exit the vehicle and were consequently arrested later that night. After the incident, Fougere stated that there is “never a time for civil disobedience,” sparking outrage from fellow politicians in addition to city residents. Leaders of local activism groups in the region largely saw this comment as ignorant. Historically, refusing to submit to discriminatory legislation has helped citizens to overturn unjust laws and thus improve the overall quality of the legal apparatus.

The fact that these comments have sparked equally negative reactions from fellow government officials suggests that the role of civil disobedience in Canada has been, at times, ambiguous. Despite the more typical perceived duty of political leaders to endorse adherence to the legal apparatus, some leaders may hold instead that they are, first and foremost, representatives of a democratic government. As such, their primary allegiance is to the people, rather than the law. Considering the relationship between these two views begs the question: is breaking the law necessary to maintain democracy?

The debate is equally divided in academia. In Peter Singer’s work, “Democracy and Disobedience,” he states that democracy is unique in its style of government because it requires that the weight of each person’s political perspective be equal in the decision-making process. [1] Since everyone gets an equal say, outcomes that result from this procedure will inherently be fair. Though everyone believes that his or her own preferred strategy is optimal, one ought to recognize that the collective outcomes- the outcomes resulting from this decision-making procedure – are the ones that should be preferred, regardless of their affiliation with personal perspectives.

Due to the logic of this argument, Singer states that any disobedience, or intentional breaking of the laws resulting from this decision process, is unjustified. Singer holds that to break a law that resulted from a fair decision-making procedure would be acting as though one’s opinion ought to count for more than that of the others who participated in the same process. It would be acting as though one’s opinion has more authority over the majority as a whole, defying the basic democratic value of equality among members. [2] Singer’s argument supports the comments of Plante and Fougere – that dissent harms the legal apparatus, and as such, harms citizens.

In contrast, scholar Menachem Kellner argues that the very ideals of equality, freedom, and personal dignity inherent to democracy force individuals to commit civil disobedience in order to protect themselves. In his work, “Democracy and Civil Disobedience,”  Kellner argues that basic democracy, or simply a government based on the consent of the people, is not inherently better at securing the well-being of citizens unless it uses democratic processes as tools to secure higher ideals such as freedom and equality. [3] Based on this view, one’s allegiance is not to the democratic processes themselves, but to the ideals they strive to achieve. This conception supports the argument that governments are imperfect and may sometimes make decisions that are counterproductive to maintaining their founding values. As such, it is up to citizens to maintain pressure on governments in order to maintain the centrality of these core values.

Both of these views are problematic if taken to their extreme. Plante and Fougere were correct to assert that total endorsement of civil disobedience can foster indifference and even resentment of the government and its social institutions. Singular acts of defiance can spark larger and perhaps more violent patterns of subordinating the law, creating the potential for endangering citizen well-being. Conversely, extreme aversion to civil disobedience ignores the notion that these same governments and social institutions often do not work to their maximal potential and thus, may also endanger citizen well-being.

Those refusing to exit the bus in Saskatchewan may have been justified in their endorsement and acts of civil disobedience. Public transportation is imperative to ensure that all citizens have the resources to access the same opportunities, and, as such, helps to secure the equality that is necessary to a functioning democracy. This being said, it is important that such acts of defiance be used sparingly. By not pursuing any legal means of protest before committing civil disobedience, one may also argue that these individuals were unjustified in their refusal to exit the bus.

Though Canada may perhaps not fulfill each democratic ideal to its full extent, citizens may nonetheless express their dissatisfaction peacefully and legally through institutional mechanisms. As such, individuals should use such mechanisms until they prove to be ineffective. Overall, while civil disobedience should be used as a last-resort measure, it is important to recognize its importance in maintaining core values of government. As such, governments should be wary of heavy-handedly punishing acts of civil disobedience, before considering why it is occurring in the first place.

[1] Frey, Carl Benedikt, and Michael Osborne. “The Future of Employment: How Susceptible Are Jobs to Computerisation?” Oxford, UK: Oxford Martin Programme on Technology and Employment, 2013.

[3] Yang, Andrew. The War on Normal People: The Truth About America’s Disappearing Jobs and Why Universal Basic Income Is Our Future. New York, NY: Hachette B