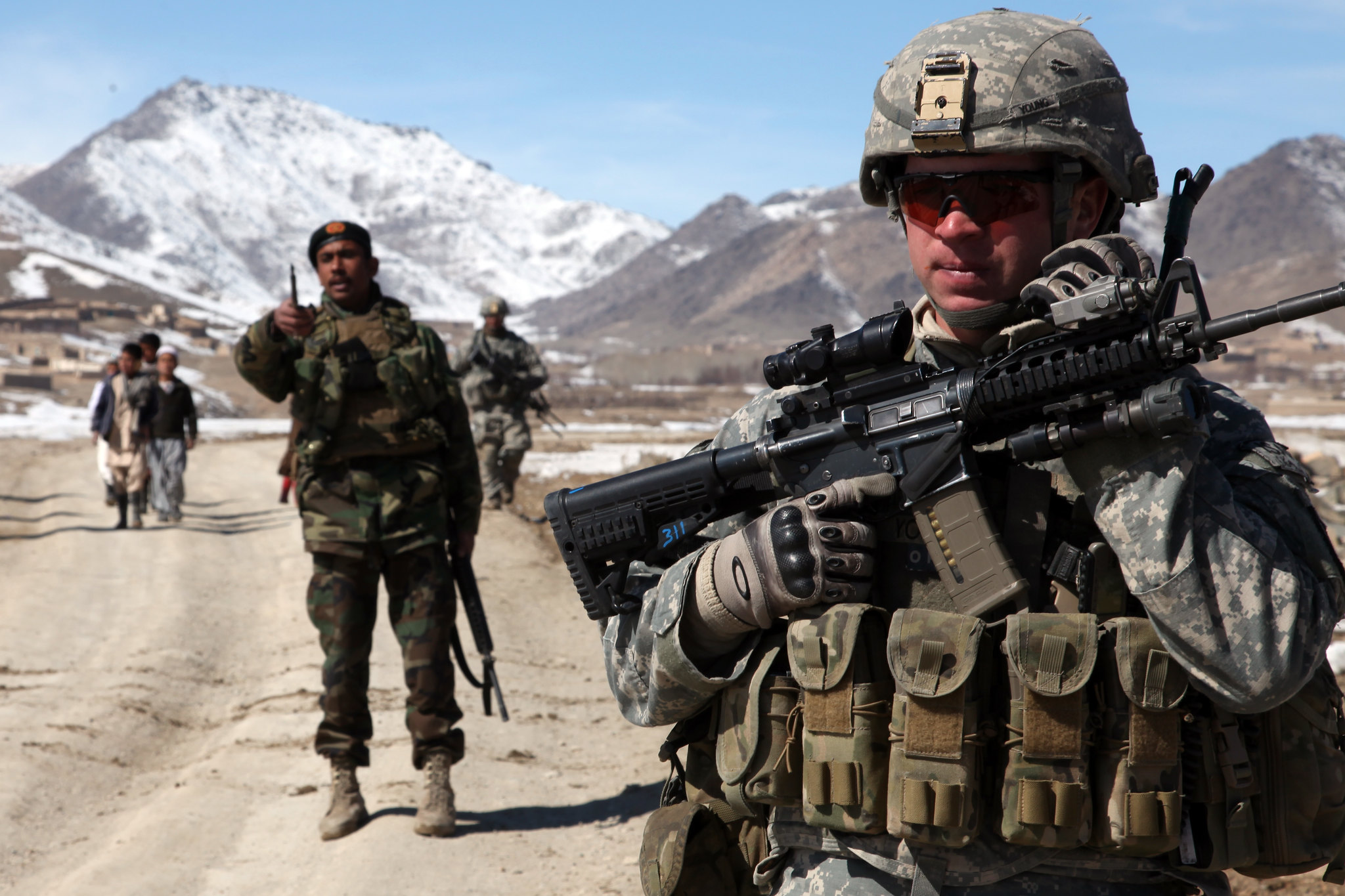 With the news that two American soldiers were killed in an attack at a joint US-Afghan base on the 8th of February, focus on the US’ current role in Afghanistan has grown. The US has around 13,000 soldiers stationed in the country, whose mission is to train Afghan security forces and undertake counter-terrorism operations. The US military presence has gradually decreased, from a high of around 100,000 in 2010 to its current level, as Afghan forces take on the majority of the missions and the US seeks to withdraw its soldiers – a key campaign promise of Donald Trump. This attack, and others like it, threaten to derail the fledgling peace talks that have recently begun, and seem to be close to completion, between the Trump administration and the Taliban.

Trump has long promised to reduce the US’ involvement in foreign conflicts. Dating back to his time on the campaign trail, Trump has sought to emphasise his ‘America First’ policy by reducing troop numbers in conflicts globally – most notably prior to a brutal Turkish incursion into Syria at the end of last year. However, Afghanistan has proven to be a thorn in his side, just as it was for Bush and Obama.

The Taliban, despite having been removed from office over 15 years ago following the American invasion, continue to thrive. In 2019, the Taliban carried out over 29,000 attacks, which was over 1,500 more than in 2018, and in the final four months of 2019 the Taliban carried out the highest number of attacks in that period since 2010. So far, Trump’s policy in Afghanistan has failed to curb Taliban activity. The continued high levels of Taliban activity have made it difficult to withdraw troops.

Starting in September 2019, the US has engaged in talks with the Taliban – who have pledged to reduce attacks in return for the promise of US troop withdrawals. The talks focus on reducing the ability of terrorist groups to use Afghanistan as a launch pad for attacks on America as well as its interests and their success would represent a massive foreign policy moment for Trump. However, this recent attack and others – such as the near assassination of the top American general in the country in October 2018 – may mean that Trump is less willing to engage in peace talks with the Taliban.

The movement towards the war’s end also leads to a wider question about the war’s legacy in Afghanistan’s, which began with the invasion in October 2001. Most prominently, many question the extent to which the US has been able to achieve its stated goal to stymie terrorism bases in Afghanistan and build a stable democracy. Despite Trump’s pledge to reduce troops, troop numbers have increased from 9,000 at the beginning of his presidency to its current level of 13,000 – total American troop numbers in the Middle East now number more than 80,000 – and there is no clear path for a complete American withdrawal .

Initially started as a way to root out terror and the influence of Al-Qaeda following 9/11, the war has turned into a long-running insurgency that no American president can seem to maneuver their way out of. There are many reasons the conflict seems impossible to leave. Most explanations focus on the ability of the Taliban to gain more strongholds in the country and take advantage of weaknesses in the Afghan National Army, despite years of NATO training. Afghanistan’s government can only survive when backed by American forces and, despite a long running campaign, attempts to build up Afghanistan’s political infrastructure after decades of war have largely failed – in the 2019 presidential election, turnout was around 20% amid violence carried out by the Taliban throughout the election campaign.

A potential deal is set to be announced which would lead to a reduction in US troop numbers and a reduction in Taliban violence.However, concerns remain as to how stringently certain Taliban commanders would adhere to the deal as many view the negotiations with disdain. In addition to that, terror attacks not attributed to the Taliban continue to be carried out and the threat of an ISIS resurgence looms large, as disaffected Taliban commanders switch groups. As a result, a complete American withdrawal is unlikely, especially considering the growing threat of Iran requiring a heavier American military presence across the region.

Americans would be glad to see the Afghanistan war and the lives taken by it gone. A legacy of the “War on Terror” following 9/11, the war’s position in American society isn’t akin to Vietnam or Iraq – in which anti-war sentiment was omnipresent and whose legacies are deeply conflicted – but it continues to act as a millstone around successive American administrations’ necks. Peace may not be the best word but calm will be welcomed with open arms.