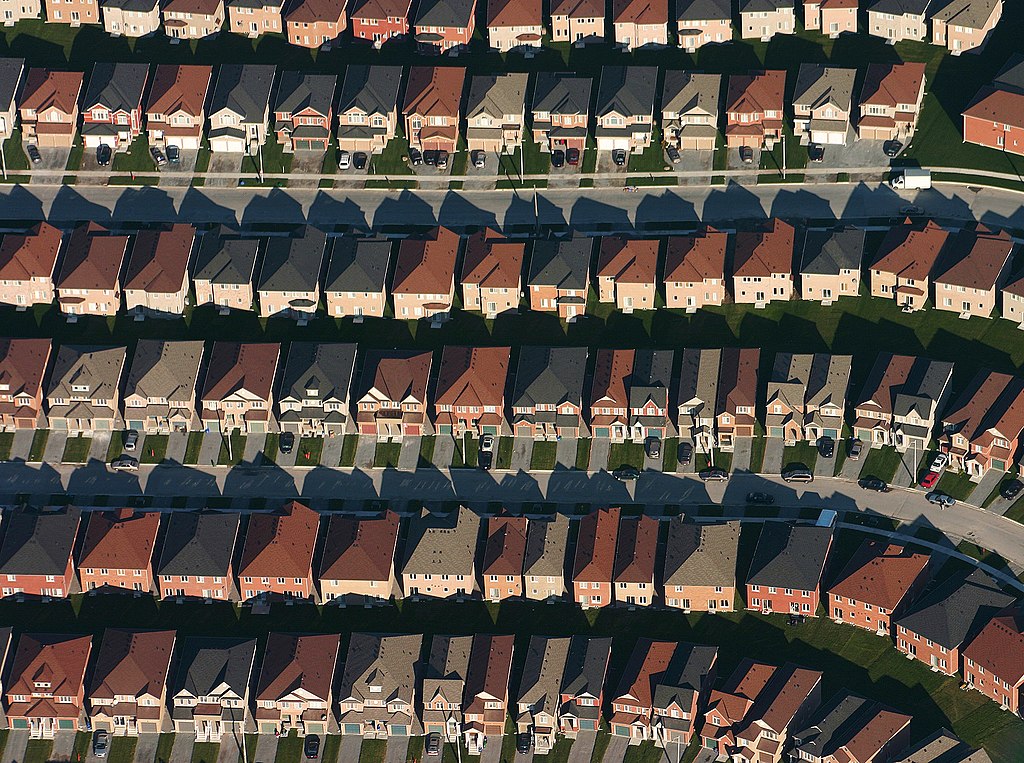 In many Canadian ridings, spending more than 50 per cent of your income on housing is becoming the norm. While the crisis of affordable housing in Vancouver and Toronto is widely publicized, other Canadian cities like Montreal are facing similar pressures.

The need for more affordable housing to meet demand is clear.  However, in the long term, Canadians need to shift their perspectives on homeownership and single-family dwellings in order to ensure housing for all.

Why so Expensive: A Housing Shortage or Housing Bubble?

In 2015, the Canadian Mortgage and Housing Corporation reported that growth in demand for housing was outpacing construction of new housing units. By this measure, the key problem is the supply of housing units. By comparison, perhaps the most popular cause of the crisis is the rise of the luxury market and an increase in short-term rentals. The combined effect for low and middle-income families is a shortage of homes (leading to higher prices) and for the wealthy, a glut of luxury homes.

At least some of the change in housing demand is reflective of lopsided economic performance across cities and provinces. In many communities, housing vacancies are at ten-year highs. Cities in the Maritimes such as Amherst and Saint John, and across the country, such as North Cowichan, and Shawnigan, have reported high vacancy rates – largely due to unemployment.

By contrast, the low housing prices in Albertan communities are linked to the crash of oil prices in 2015 and recent layoffs have also depressed the housing market. In such contexts, vacant homes are often luxury homes that are no longer affordable to local residents.

Political Fixes: Taxation and the Price of Homes

In Vancouver, housing prices began to increase drastically in 2015 and by 2017, all three levels of government decided to intervene. The most famous of these interventions was the foreign-ownership tax, which sought to reduce the number of individuals investing in homes from abroad.

Other measures include the empty homes tax and an increased school tax on houses valued at more than $3 million. The result is that over the past two years, housing prices – especially at the high end of the market – have slowly declined.

Toronto is only just starting to catch up. This year, town councillors are proposing a luxury home tax that would fund a stipend to low-income residents. The provincial government in Montreal also ran advertisements to remind individuals to ensure that they find a living space before their current rental contract runs out. As CBC reports, even smaller cities like Charlottetown are facing housing crises where low-income individuals spend roughly 60 per cent of their income on housing.

In the 2019 federal election, the New Democratic and Liberal parties campaigned on a promise to build more affordable housing units while the Conservatives proposed changing laws around building permits. The building code and building permits in Canada are managed at multiple levels, with the federal government deciding basic regulation, primarily about safety which the provinces build on. That stated, the ability to increase the number of residences available via regulation comes from municipal regulation rather than the federal government.

The Ontario Human Rights Commission outlined how municipalities can change land use by-laws (zoning) to ensure that affordable housing is provided. Their recommendations included dispelling negative stereotypes about affordable housing. In sum, it is unclear how the federal government can directly intervene in regulations except perhaps through providing tied funding or building affordable housing itself.

Income Inequality, Homeownership, and the Luxury of Space in North America

The quest for larger living spaces is by no means a recent trend. Only a century ago, the vast majority of families crammed themselves into tiny units that would not meet today’s health and safety standards. In Canada, income inequality began to rise in the 1990s. During this period, redistribution became less effective at smoothing out inequalities in consumption. A panel of experts interviewed by the Globe and Mail would agree with this: they cite stagnating wages and income as drivers of inequality and note that taxing individuals is the most effective way to reduce inequality.

While one might expect the growth in housing for high-income individuals to increase proportionately to their population size, the high price of new construction makes it easier for builders to turn a profit on high priced homes, and until new taxes were introduced, reach buyers outside Canada. As a result, developers would be expected to favour larger living spaces which reduce population density.

In Canada, however, the seemingly never-ending landmass places few limits on urban sprawl. Willingness to pay also depends on location, meaning that whenever possible, new expensive builds are in the heart of cities. As a result, low and middle-income individuals are displaced from economic centers, which creates transportation problems for city planning.

An important narrative both in politics and in society is that a fundamental part of the North American Dream and success is homeownership. This preference drives the demand for affordable suburbs or ‘bedroom communities’ and creates an elitist culture surrounding homeownership.

Politically, this narrative of large home-ownership as a symbol of success is perpetuated by parties. On the 2019 campaign trail, Andrew Scheer stated that “Justin Trudeau has put the dream of homeownership further out of reach for so many, especially young Canadians”. These preferences – for single-family dwellings and large houses – manifest themselves as zoning bylaws in residential areas that prevent the development of high rises and neighbours protesting the development of low-income housing.

A long-term study by Harvard University’s Opportunity Insights reported that when low-income families are integrated via housing and schools into higher-income neighbourhoods, all the children are better off in terms of educational attainment and income. Preferences against low-income housing further marginalize vulnerable populations like seniors and individuals in precarious living situations.

Ultimately, by subscribing to these narratives around success and the North American dream, we do ourselves a disservice in the long run.