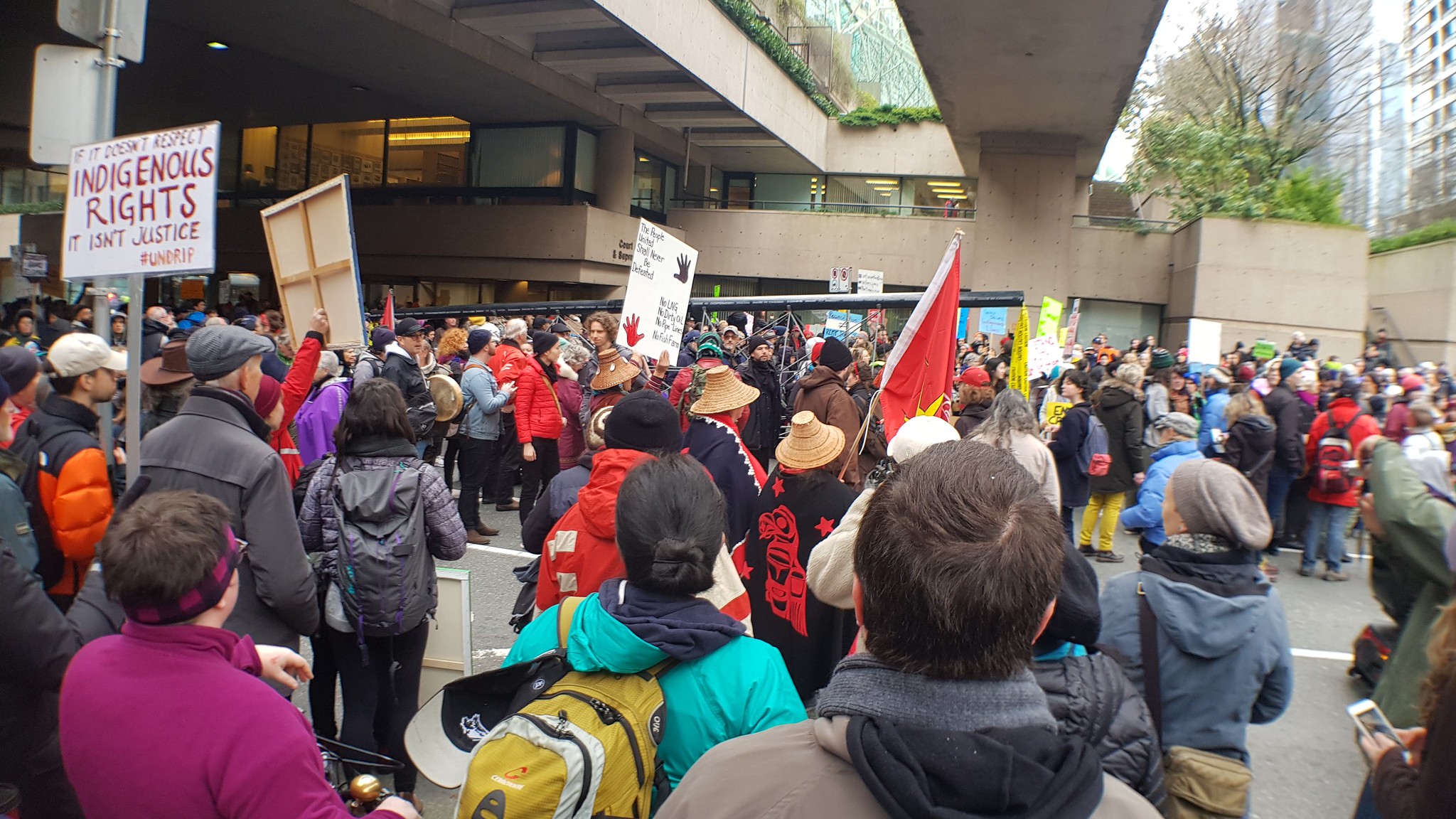 Despite frigid temperatures, members of the Wet’suwet’en Nation and their allies have not been deterred in conducting days of blockades on CN railway lines in B.C. and Ontario. The blockades are in protest of the development of the Coastal GasLink pipeline. Demonstrators are arguing that the pipeline’s proposed construction path encroaches upon unceded Wet’suwet’en territory in northwestern British Columbia.

Beyond hindering crucial commuter corridors throughout Ontario and B.C., the railway blockades have severely disrupted the efficiency of Canada’s supply-chain logistics. Consequently, government leaders are being urged by industry heads to reach a solution with protesters before major damage occurs on the Canadian trade economy.

Coastal GasLink Limited plans on constructing a 670-kilometre long pipeline to transport natural gas from northern B.C. to Kitimat, B.C. in order to supply a proposed natural gas liquefaction plant there. This plant is proposed to export nearly 2.3 billion cubic feet of liquefied natural gas to global markets on a daily basis.

Construction costs for the pipeline are estimated to be $6.6 billion. Coastal GasLink is justifying the costs by arguing that the pipeline will transport clean and safe energy to Asian markets, and in doing so, this will ultimately lower global carbon emissions.

Proposals and negotiations for the pipeline have been occurring since 2012, but it was only in late 2018 that B.C. Premier John Horgan declared that the province would support the project.

Continued support for the project from the minority NDP government is likely a result of rising unemployment which has plagued B.C. since the end of 2018. This project promises to employ 10,000 workers during the construction phase. The debate, however, risks driving a wedge between the provincial and federal NDPs as Jagmeet Singh recently rescinded his support for the project while arguing that more consultations are necessary.

Hands off our Territory

As such, the battle over the pipeline appears to be taking place on two fronts: externally, between the government and indigenous groups, and internally, between the elected band council and the clan chiefs. The lack of a unified voice for certain First Nations has been a difficult issue for the government, especially when addressing grievances during the reconciliation campaign.

Protests against the project are not new. They began in 2018 when members of the Wet’suwet’en nation set up camps along a forest service road, the only accessible route for pipeline workers to reach the construction site, and thereby disrupting the construction schedule.

In December 2018, the B.C. Supreme Court granted an injunction in favour of the project, ordering that protesters stop preventing workers from accessing the service route. Consequently, the RCMP has enforced the injunction by arresting demonstrators, and the recent railway blockades are seen as an escalation of the ongoing conflict.

As protests ramp up, members of the Wet’suwet’en Nation in B.C. have allied with the Tyendinaga Mohawk Nation in southern Ontario to conduct a series of railway blockades which have caused severe service disruptions for CN Railways. The protestors claim that the blockades originated organically and are a demonstration of the frustration towards a government that they say has been neglectful towards their demands.

Of the blockades, the most disruptive has been in Belleville, Ontario, a vital part of the Toronto-Ottawa-Montreal commuter and transport corridor. As of February 14th, Via Rail was forced to cancel 34 scheduled trains forcing more than 24,000 travellers to arrange alternative plans in order to reach their destination. In addition, CN has had to halt more than 150 freight trains.

CN Railways’ CEO is concerned with the negative economic impacts of the blockade, including the disruption of Canada’s otherwise reliable supply chain services. Due to the nature of Canada’s geography, the blockade has been especially detrimental to the national economy: the transportation of goods by rail has been a key aspect of Canadian supply chain logistics.

So far, various shipments from the U.S. and China have been delayed or cancelled. Due to uncertainty about whether shipments will be received on time – or at all – industry partners abroad have stopped placing orders altogether. Fearing a severe economic hit and the loss of important international customers, industry organizations are demanding immediate action from the government.

Amidst the blockades, it appears that governments are attempting to shift blame from one level of government to another. For instance, while Federal Transport Minister Marc Garneau announced his concern for the issue and his intention to resolve it, he declared that responsibility falls on the shoulders of respective provincial governments.

Provincial officials such as Quebec Premier François Legault, however, are arguing that responsibility should not be left at the hands of provincial governments. Some are arguing that Ottawa must take a more proactive approach in resolving this issue as it has critical ramifications for the entire nation.

Alternatively, some believe that it is not the place of the government to resolve this issue. They argue that the most effective method would be to allow hereditary chiefs and elected council members to reach their own resolution.