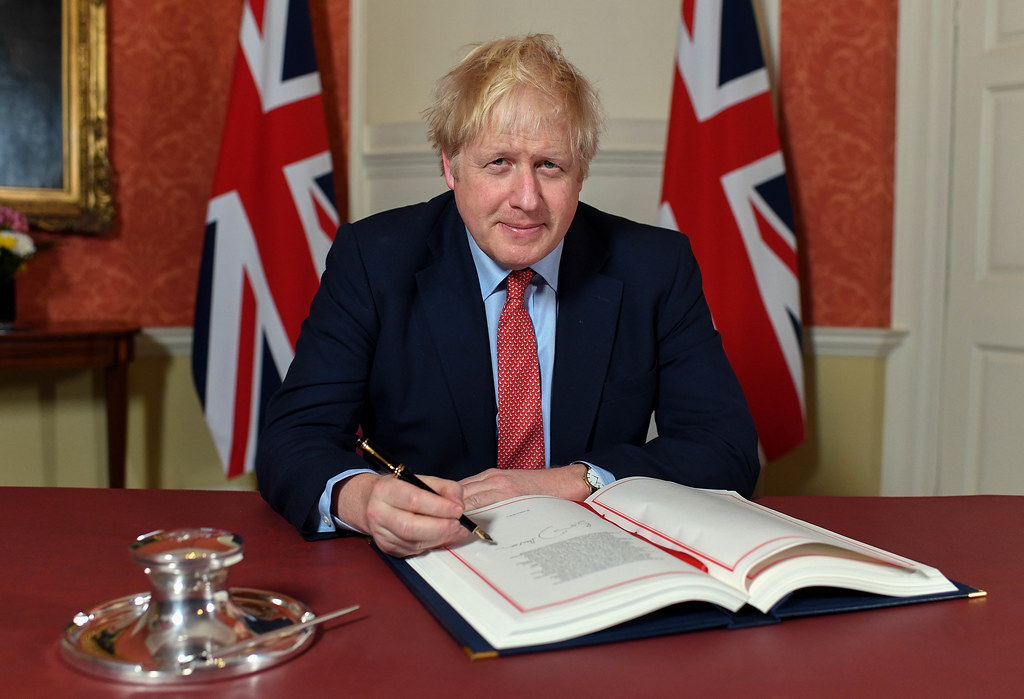 As of January 31st, Brexit has officially been ratified, through the joint acceptance of the withdrawal agreement between the European Union and Britain. Britain has therefore formally exited the European Union – to an extent. Britain and the EU are currently in a diplomatic “transition period”, as Britain will continue to follow the EU’s rules and trade agreements for 11 months.

As a result, Boris Johnson’s government is faced with balancing the ideological ideals which sparked Brexit and the practicability of policies to uphold such ideals. A particularly salient ideal pertaining to both the UK independence party’s (UKIP’s) rise in popularity in 2016, alongside the current Brexit party’s rhetoric regarding an independent Europe is stricter immigration policies.

A series of polls taken by the Migration Policy Institute show patterns of popular support for more restrictive immigration policy in the period leading up to the Brexit referendum.

In 2016, 70 per cent of UKIP supporters agreed with the statement: “immigration is the most prominent issue facing the United Kingdom,” alongside 45 per cent of Conservatives.

To date, 44 per cent of Brits polled by Oxford’s migration observatory want stricter laws pertaining to immigration. Evidently, immigration is both a contemporarily important British political principle, and a mechanism perpetuating the continuity of the Brexit movement.

In the past week, popular demand for more restrictive immigration policy have come to the realization through Boris Johnson’s immigration points plan.

The immigration plan proposes granting points based on certain competencies and skills. For instance, proficiency in English constitutes 10 points, earning more than 25,600 pounds annually comprises 20 points, and a Ph.D. in a STEM field constitutes 20 points. Meeting a 70 point threshold would make a migrant eligible to apply for a visa, although this would not guarantee an approved application.

While the official policy plan seeks to create a “ high wage, high-skill, and high productivity economy,” its political manifestations may be detrimental to the British economy and the overall social welfare of the British people.

The core of the initial economic argument used by UKIP in 2016 to encourage a Brexit is the premise that migrants are stealing the jobs of British citizens.

This rhetoric has been presented by Nigel Farage, the former leader of UKIP and current leader of the Brexit party. He was also the representative of South East England in the European Parliament, until formal Brexit took place on January 31st. Farage asserted that the country must provide “British jobs for British workers.”

However, when analyzing the claims of UKIP and Farage, a discontinuity between Brexit’s ideals and its practical policy implications arises.

By attracting high-skilled labour, Boris Johnson is attempting to fill a vacancy within the economy that doesn’t exist. Britain currently remains at a level of nearly full employment within their higher-skilled sectors of the economy, displaying a low supply of new jobs.

With an influx of exclusively high-skilled workers, certain jobs held by British natives may be lost to more able individuals who have had to undergo a comprehensive point-based immigration test.

Comparatively, within the lower-skilled industries of the British economy, migrant labour is a driving sectoral factor.  In 2017, the UK’s office for national statistics recorded that the majority of workers in sectors pertaining to the sale of goods (service sector), freight handling, and cleaning, were non-UK citizens. This demonstrates a sector of the economy that is intrinsically reliant on migrants who are on average 15 per cent more willing to work jobs that they may be overqualified for.

How then do the economic implications of the immigrant point system reflect the initial immigration ideals that sparked the Brexit campaign?

The Brexit party’s propagation of the phrase “British jobs for British workers,” may not be a policy ideal which helps Britain’s economy, nor many of its own citizens.

By restricting immigration to a cohort of high skilled workers, the immigration points plan will evidently see an overcrowding of overqualified high-skilled workers. This may reduce job prospects for British workers in tech and business industries. The industry shifts will not necessarily create British jobs for British workers, but instead immigration pointed toward wealthier individuals, and increased job prospects for the British in fields that migrant workers are more willing to fill.

Additionally, increased job vacancies in lower-paying sectors may produce unintended consequences regarding the social support network of the UK. With one in every six caretakers in the UK being foreign nationals, both the production side of the British economy and its services may face future occupational vacancies.

While the immigration points plan may provide certain lower-skilled service sector jobs for Britains, a variety of unintended consequences may arise from the ideologically driven, rather than practical attainability of Brexit.

While the points plan seeks to create jobs through the restriction of migrant workers, it is uncertain whether or not Britains will fill vacant sectors. Unemployment levels in England are considerably low at 4 per cent, demonstrating a potential for a broad shortage in labour within the lower-skilled and lower-paid service sectors.

Additionally, as migrant workers are on average more willing to work such jobs, job vacancies within the British economy seem to be looming near as Brexit’s full implementation continues forward.

The immigration points plan will not be implemented until January of 2021, and therefore the plan’s consequences are at a preliminary stage. The precarity of the legislation’s economic outcomes raise questions both about the shortfalls of its industry-specific targeting, and also how it upholds the ideals of the Brexit movement.

However, while the framing of an immigration points plan evokes the rhetoric that initiated Brexit’s appeal, a goal of British jobs for British workers may prove to be an impractical idea that is economically injurious.