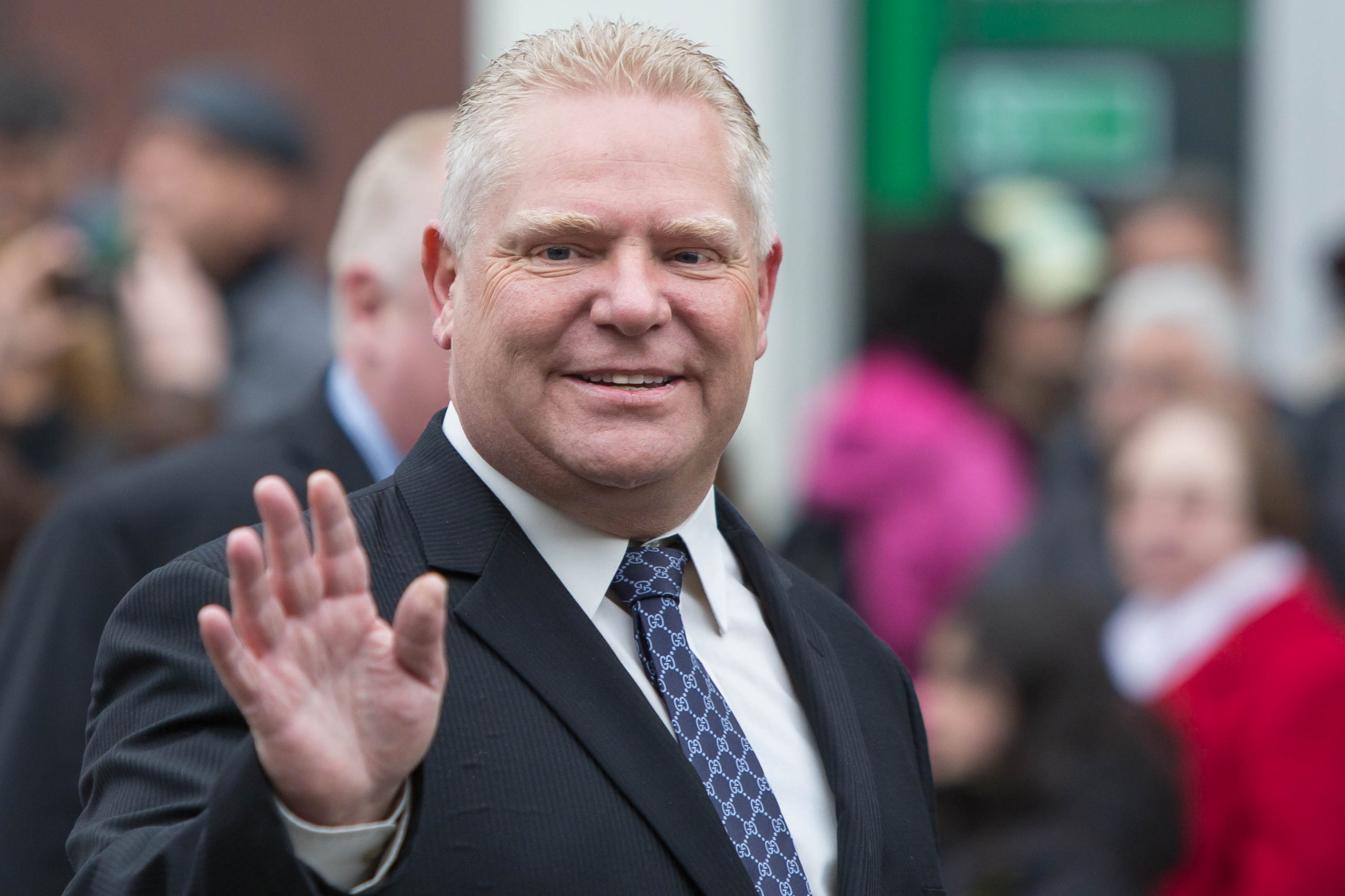 Following the roll-out of reflective and unreadable license plates, Ontario’s Progressive Conservative government has been engulfed by a scandal that many are dubbing “PlateGate.” The new plates, which are dark blue and have white lettering, contain the modified slogan A Place to Grow.  This marks the first time the province’s slogan has been changed since the late 1970s, when it was changed to Yours to Discover. Meanwhile, commercial vehicles’ plates feature a key slogan of the Doug Ford government, Open for Business.

After a Toronto journalist captured a photograph of one of the new plates at night, commenting on their illegibility, PlateGate was born. The ensuing controversy was only exacerbated when a Toronto city official revealed that police officers and photo license plate scanners were having trouble reading the new plates.

Initially, Government and Consumer Services Minister Lisa Thompson – responsible for the plates’ introduction – brushed off concerns about the new license plates, claiming that they had gone through rigorous testing. Thompson stated that the “status quo, the flaking and peeling Liberal plates were not an option to stick with.” Many, however, were quick to point out that the previous design and manufacturing were actually crafted by a Progressive Conservative government under Bill Davis.

While PlateGate is unlikely to have a damaging effect on the Ford government in the long-term, it perhaps portrays greater issues within their brand.

This trend of the government attributing blame to the Liberals may be starting to hurt them. Rather than prioritizing the quality of the license plates, their decision to deflect blame to manufacturers may have been viewed negatively in the public eye.

This is a part of a larger pattern: for instance, the government ran on a platform to cut spending and reduce the deficit, but in reality spent billions more than the previous government had ever planned. Now, with a loss in revenue from ending Liberal initiatives like the carbon cap and trade system, they may struggle to come up with a balanced budget anytime soon.

In the past, when issues like these have come about the government have been forced to backtrack on their initial response to an issue. In many ways, this has furthered the potential for the perception of incompetence.

On the PlateGate issue, Minister Thompson ended up admitting that the Ministry was trying to solve the issue, despite just days before denying that there was any issue at all. Similarly, in the education field, the government partially backtracked on class size changes and e-learning courses in secondary schools after receiving harsh criticism.

In the long-run, this pattern of withdrawing and perhaps admitting defeat could wear down the government’s public image significantly.

A recent poll finding that Doug Ford now has the lowest approval rating of all Canadian premiers, combined with recent data suggesting that the leaderless Ontario Liberal Party would be the top choice among Ontarians if an election were held today, is not a good sign for the Ford government. While the scandals they face may be manageable and relatively cyclical, they have certainly been consistent. Over time, their damage to public opinion could change the perception of the PCs enough to bring them defeat in the next provincial election.

Looking back to June 2018, when the Liberals saw their biggest loss in party and provincial history, then-Premier Kathleen Wynne’s approval rating was – by some accounts – as low as 12 per cent. This was a large reason behind her defeat. By now, coming up on two years of governing, the Ford Conservatives may face the same issue. If enough people decide that the PCs are failing them or their province, Doug Ford may be a one-term Premier.

For its part, the Ontario PCs held a conference on February 21st and 22nd aimed at directing their policy initiatives over the coming years. The party may be reviewing what they can sell to Ontario voters in order to stay in government for a second term. However, if they are not able to put an end to the frequent scandals that plague their government, and the often inadequate response, they may struggle to redeem the public’s favourability.