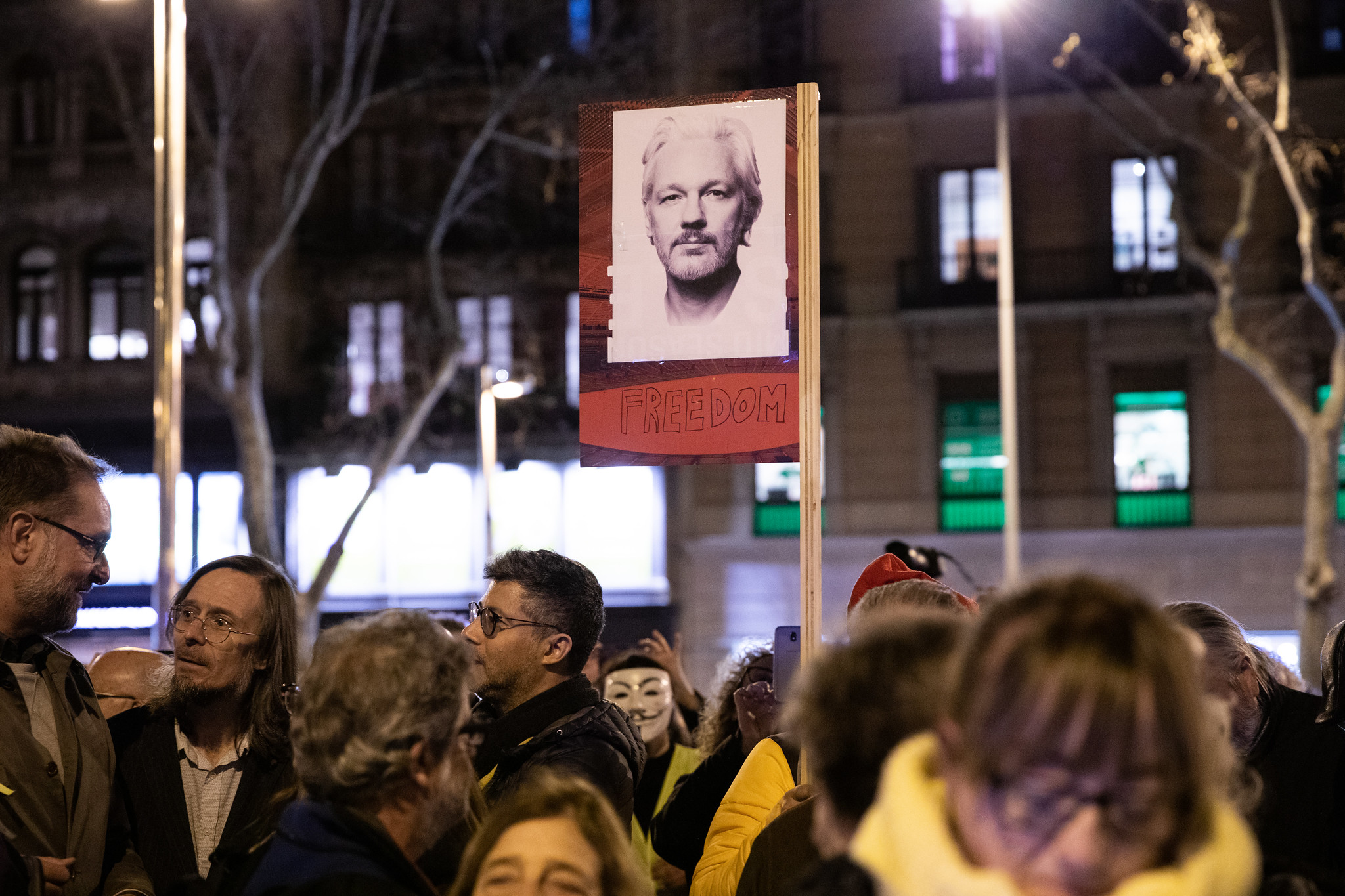 As Julian Assange’s extradition hearing begins in London, his role in global geopolitics and legacy are being contested across the public sphere. Ever since WikiLeaks released footage of an American helicopter firing on and killing Iraqi civilians, including two Reuters journalists, titled Collateral Damage in 2010, Julian Assange has been a thorn in the side of the US government. The effects of WikiLeaks’ work came to head with the release of thousands of embarrassing Democratic National Convention (DNC) emails during the 2016 election campaign that revealed an effort to undermine Bernie Sanders’ campaign, which many have posited led to Hilary Clinton’s defeat. In the centre of the geopolitical mess caused by WikiLeaks’ hacks is its founder and director, Julian Assange – one of the most polarising figures in the world and currently facing extradition to the US.

Assange was wanted in Sweden for a sexual assault allegation in 2010, and was arrested by police in the UK. However, fearing extradition to the US and political persecution he fled and sought asylum in the Ecuadorian embassy in London, which was granted in June 2012. The following seven years developed into a standoff between Assange, British and Swedish authorities, and the US intelligence officials who accuse him of helping Russia interfere in the 2016 election. Despite the statute of limitations on the sexual assault allegations expiring in 2015, Assange refused to move. Eventually, in April 2019, Ecuador revoked Assange’s asylum, accusing him of breaching his asylum conditions numerous times. Photos of the Ecuadorian president’s bedroom and children were subsequently spread online, reportedly by WikiLeaks. Assange’s conviction for breaching his bail conditions and sentencing, 50 weeks in prison, opened another legal front: extradition to the US.

On top of Swedish authorities reopening their sexual assault investigation into Assange in May 2019 are the litany of indictments put forward by the US – 18 in total including conspiracy to hack government computers and a breach of the Espionage Act. The US is seeking his extradition, and as hearings start this week in London to assess their extradition request, controversy has already erupted. Numerous people, including prominent politicians and celebrities have called for him to be released, arguing that the indictments are politically motivated. John McDonnell, Shadow Chancellor, drew criticism when he compared the Assange case to the deeply anti-semitic Dreyfus affair of late 19th century France. Celebrities including Vivienne Westwood and Pink Floyd guitarist, Roger Waters, have also spoken out in support of Assange.

Supporters paint him as an investigative journalist, uncovering war crimes, surveillance programs, and global injustice, being targeted in a political prosecution because his actions caused embarrassment to the US. However, critics call him a cyber criminal, a traitor and a stooge of Russian election interference. Indeed, the actions of WikiLeaks during the 2016 election, including fueling conspiracy theories around the death of DNC staffer Seth Rich, almost certainly hurt Clinton and is widely acknowledged to have occurred thanks to Russian hacking of DNC servers.

Is Assange complicit in continued Russian attempts to upset American democracy? Or is he an unwitting actor caught in a geopolitical storm? Recent reports indicate that President Trump directly or indirectly offered Assange a pardon in exchange for stating the hack wasn’t perpetrated by Russia, so, clearly, the legacy of his actions continue. With recent warnings that Russia is already carrying out a similar campaign to try and influence the 2020 election, Assange’s freedom and ability to continue his work remains a highly important question.

For those who claim to support Assange, he is the classic sacrificial lamb – the flawed, charismatic hacker exposing the dirty secrets of the global elite. However, there is little doubt that while WikiLeaks has done invaluable work in highlighting serious crimes committed by the US political and military establishments, Assange now finds himself playing a very dangerous game at a time of heightened tensions. Trump claims to want him extradited and tried while also, allegedly, secretly soliciting his help in order to clear the continued cloud of Russian influence over his head. Furthermore, at a time when the US intelligence community is bracing itself for another round of Russian interference, Assange’s influence and freedom will be intriguing to watch.

A decision won’t be made until after a three week hearing beginning in May when the sentence he’s currently serving in the UK ends. Until then, his fate and role in geopolitics will remain hotly debated, with some clearly viewing him akin to a revolutionary zealot with justice on his side.