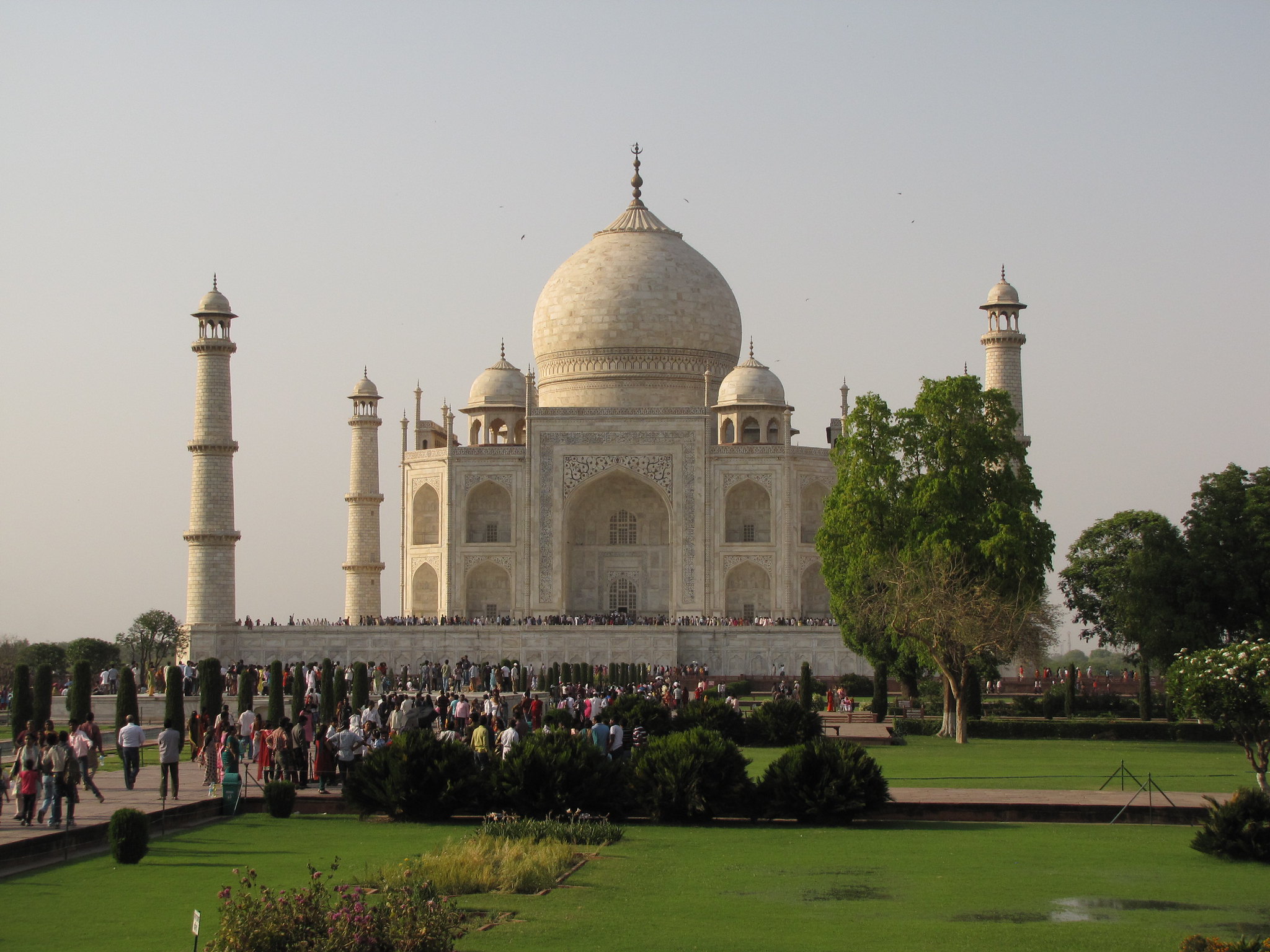 On February 24, President Trump embarked on a two-day trip to India that has been criticized as a show in which only the most aesthetically pleasing aspects of the country were put on display. Trump landed on February 24th in the city of Ahmedabad for an event that has been deemed “The Namaste Trump Rally” for which thousands of civilians were drafted to rally on sun-baked streets, celebrating the president’s arrival. Dozens of banners and billboards lined the massive Modera stadium.

Trump later made his satisfaction with the 125,000 people turnout clear – despite more than one third appearing to leave before the end of his 30-minute assertion. President Modi knew that to entice the American leader to fly across the globe for a two-day affair that would aid in the two country’s relations, he would have to appeal to Trump’s love of crowd size.

Along with the rally, Trump was given a tour of New Delhi and escorted to Agra for a tour of the world-famous Taj Mahal monument at sunset.

Before the American president’s visit, authorities were given the mission of cleaning up the areas that Trump would be brought to, including the Yamuna river, which runs behind the Taj Mahal. Jal Singh Meena, who works as an officer with the government body that manages the canal network that feeds into the Yamuna in Agra, with the Agra Ganga Nahar, said on February 20th that 17 million liters of water were being released from three locks in the week preceding Trump’s visit on Monday. This is more than double the usual amount. Workers also painstakingly cleaned the monument’s white marble walls and fountains in the week before the visit.

A dilemma emerged when it was found that a bridge on a proposed route taken by Trump would be unable to hold “The Beast” – his armor-plated limousine. News on how this issue was resolved have not yet been released. The president was scheduled to travel through a route in which primates may have been encountered. It has been speculated that district authorities relocated troublesome primates that Trump may have come across.

Whilst Trump was given a tour of some cultural highlights with Prime Minister Narendra Modi on the 26th February, at least 24 people were killed in violent outbreaks in New Delhi between supporters and opponents of a new law that accelerates citizenship for non-Muslim minorities from certain countries. The number is expected to rise as the scene is investigated. This eruption of protest has occurred after months of smaller outbreaks over the racially-charged controversy.

These protests in New Delhi run very deep and may ratchet up tensions between India’s Hindu majority and the Muslim minority in the long-term.

The choice for Mr. Modi to host President Trump in Ahmedabad is a complex one in the context of these recent protests. It is a city that grounds the roots of the Prime Minister’s Bharatiya Janata Party, being where the Prime Minister grew up and rose through the ranks of a nationalist party that adopts a Hindu supremacist worldview.

Modi and Trump have an analogous worldview that seems to be the basis of their friendship. That view is centered on a form of populism that appeals to dominant voting communities in their countries – Modi with Hindus and Trump with white Americans. Both leaders have found an effective way to speak to these major sectors of their populations about their feeling that their countries are becoming dominated by immigrants or minorities. Their shared desire to appeal to this kind of voting population has likely meant that they aid each other in turbulent times – as we have seen in Trump’s visit to India – which may have been an attempt to distract from the violent protests that occurred as a result of Modi’s introduction of the highly controversial immigration law.

The visit also came at an opportune time for Trump who is likely eager to move American minds away from their questions regarding his leadership following the impeachment  trial. Perhaps the leader thought an enormous crowd of supporters could do just that. The two share a common attitude towards politics – their love of large crowds, for instance, and their friendship provides each country’s leader with a support system in times of tumult; a friend whose presence could help cover up national instability.