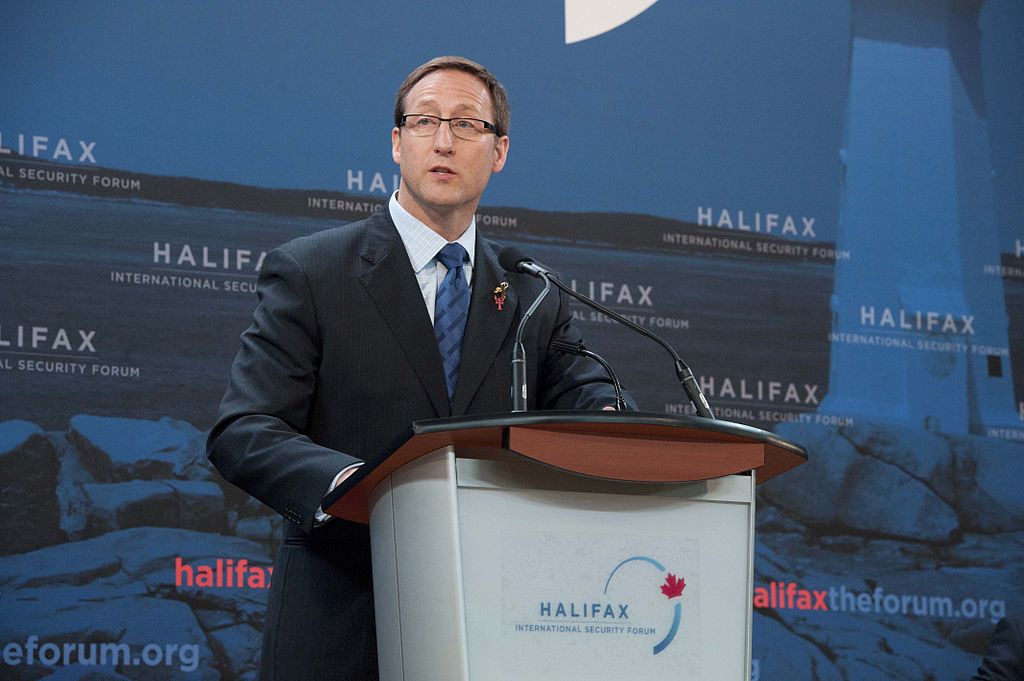 As governments address the challenges created by COVID-19, many have decided that it is time to start assigning blame. In Canada, leading the charge is outgoing Conservative Party (CPC) leader Andrew Scheer, who recently argued that Canada needs to reevaluate its relationship with China in light of allegations that they mishandled the pandemic. He has also stated that the pandemic proves that “we cannot depend on China as a reliable ally, as a partner in our values.”

Alongside Scheer, some of the loudest condemnations have come from the candidates running to replace him. The four remaining leadership candidates; Peter MacKay, Erin O’Toole, Leslyn Lewis, and Derek Sloan have all made statements arguing that the Chinese government, and sometimes even the World Health Organization (WHO), should be reprimanded for their alleged negligence.

Of the four remaining Candidates, the two frontrunners – MacKay and O’Toole – have been noticeably vocal in their criticism and commentary.

MacKay, the frontrunner in the race to replace Andrew Scheer, posted a tweet attacking the response of Canada’s Liberal government, as well as the Chinese government.

In his message, he refers to the Liberal government’s treatment of China as “bootlicking” and suggests that Canada needs to “stand up for ourselves and others being bullied by the Chinese Communist Regime.” He also states that China has been “a problem for a long time” and illustrates this point with a video compilation of him criticizing China in 2007, 2009, and 2019.

MacKay has also used this moment to promote his platform in the CPC leadership race, posting several videos regarding his commitment to banning Huawei from building 5G infrastructure in Canada. He has also argued that allowing the Chinese multinational technology company to build 5G infrastructure in Canada constitutes a security risk to Canada and its intelligence allies.

In the attempt to present himself as a long-term critic of the Chinese government, MacKay has noticeably left out several parts of his record as an MP.

As Minister of Foreign Affairs in Stephen Harper’s Conservative government, MacKay challenged another MP in Parliament for not attending a reception held at the ambassador from China’s residence, adding that their government would work to “elevate and work very hard on this very important relationship.”

Further, in MacKay’s time in Harper’s cabinet as Minister of Defense, their government enacted the Canada-China Foreign Investment Promotion and Protection Agreement (FIPA), tying Canada to the terms of the agreement for a minimum of 31 years.

This bilateral investment treaty allows Chinese corporations to sue the Canadian government when their public policy – including environmental, health, and safety policy – interferes with the corporation’s profitability.

Even though Canada is also afforded this right, China’s foreign direct investment in Canada is much higher than Canada’s in China, exposing Canada to significantly more risk.

At the time of the Canada-China FIPA, MacKay had just finished his tenure as Minister of Foreign Affairs and had assumed the position of Minister of National Defense. This may shield him from being criticized for the deal, but his opposition may still use it to question his presentation as a Candidate who will “stand up for ourselves and others.”

O’Toole’s rhetoric has been extreme regarding China, suggesting in a National Post opinion piece that “we are on the brink of a new Cold War with China.” He has been noticeably active in the media, attempting to cultivate a tough persona and focus attention on the Chinese government.

In one tweet, O’Toole accused the Chinese government of having “lied to the world and caused trillions in economic damage with their cover-up.”

He then shifts his attention to Trudeau, suggesting that he has refused to criticize the Chinese government. Attached to the tweet is a graphic that separates countries into two groups: those that O’Toole thinks have been “critical of” and those who “refuse to criticize” the Chinese regime. Canada is positioned on the “refuse” side, in the company of North Korea, Venezuela, and Iran, while Canada’s traditional allies are in the opposite group.

This line of attack could be interpreted to be hypocritical given some of O’Toole’s past criticisms of Trudeau’s government. In January, O’Toole criticized Trudeau’s “virtue signalling”, accusing him of ignoring the real challenges of Canadians and offering symbolic substitutes.

As COVID-19 continues to devastate standards of living and the wider economy, Trudeau has alluded to the fixation on whether his government has been critical enough of the Chinese government, suggesting it constitutes virtue signalling in of itself.

When responding to charges of being soft on the Chinese government, the Prime Minister responded that “My job right now is to make sure that Canadians get the best support, the best protection and are able to get through this as best we possibly can,” and that “there will be plenty of time to point fingers, to ask questions, to draw conclusions” when the crisis has concluded.

On the relatively more policy-focused side of his messaging, O’Toole released a video arguing that Canada should become more self-reliant to better address this to better address global in the future and stating that it is “time to buy, build and grow Canadian.” While his message of building self-reliance has been a popular one in response to the crisis, it is to be seen how O’Toole plans to enable this process.

Barring a significant shift in the Conservative leadership race, it is nearly certain that either O’Toole or MacKay will be the next leader of the CPC. During the crisis, both have levelled numerous attacks towards the Chinese government.

This seems to be a trend across the Canadian and American political right. A memo circulated by the Republicans in the U.S. urges their candidates to blame COVID-19 on the Chinese government, and appeal to voters with the claim that they will be tougher on China than their opponents.

While both the Republicans and Conservatives see targeting China as a winning issue, the success of this strategy is to be tested the next time their respective constituents cast their ballots.