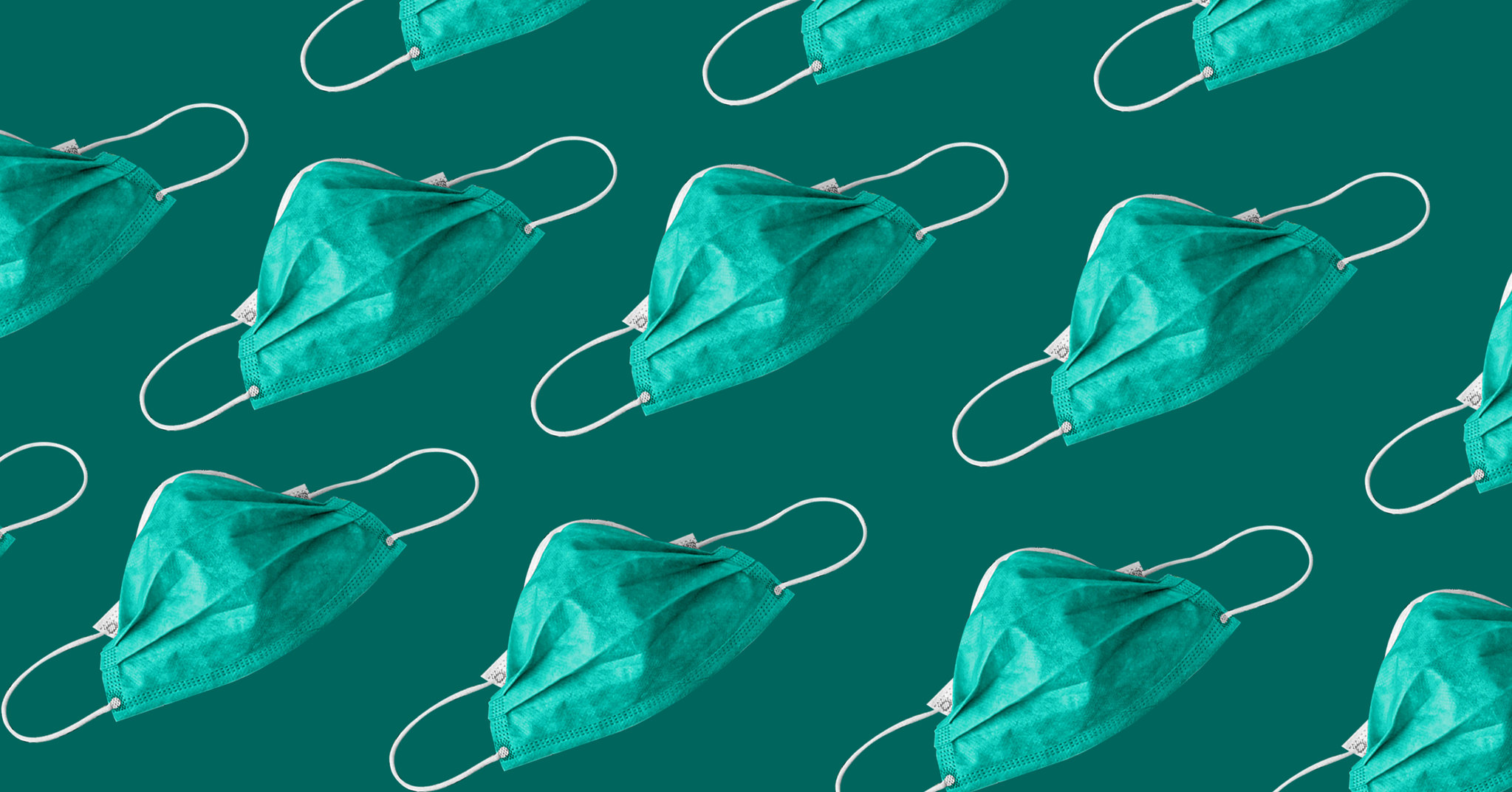 In unprecedented crises, such as a global pandemic, governments are forced to respond drastically: overhauling policies and implementing new ones in a matter of days or weeks. From the start of the COVID-19 pandemic, government responses around the world have differed immensely in areas from healthcare and the prioritization of mental health resources to social safety and environmental protection.

Even outside the context of a crisis, there is always room for policy adjustment and improvement. As governments innovate to respond to the challenges brought on by COVID-19, they may implement crisis policies that ultimately turn out to be beneficial even outside of a crisis context. In the aftermath of the current global health emergency, will any of the new crisis-time government initiatives remain? MJPS staff writers took this question on, looking at some of the potentially positive policy provisions that have been implemented around the world.

The Future of Healthcare

COVID-19 has certainly changed the way we think about healthcare and medicine, perhaps in a way that will outlast the pandemic itself.

In the U.S., the outbreak of the novel coronavirus has brought attention to shortages in hospital beds, protective gear for healthcare workers, and medical access for a large portion of the American population. Without universal healthcare, “we’re going to give the ventilators to rich people, not to poor people” says David S. Jones, a professor of the culture of medicine at Harvard University. “I don’t think anyone could politically support such a policy… yet that’s what our healthcare system does at baseline.” Perhaps the pandemic will lead the government administration to reevaluate the current American healthcare system and look toward providing adequate healthcare for all individuals. As the current health care system’s shortfalls are being emphasized, health care services are looking toward providing citizens with other types of care options.

The need for more widespread access to healthcare services has triggered the rise of telehealth services. These services involve the use of telecommunications and virtual technology to deliver health care outside of traditional healthcare facilities, allowing for long-distance patient and clinician contact, care, advice, reminders, monitoring, and remote admissions. According to the WHO, telehealth provides a more convenient way to care for a higher number of patients than in-person treatments, and therefore significantly reduces healthcare costs. As a result, WHO has strongly recommended the continued use of telehealth services in countries which suffer from high patient-to-doctor ratios or expensive healthcare options following the resolution of the outbreak.

Nevertheless, despite the potential for telehealth services to fill some gaps in the current healthcare system, there are still some sectors that remain overlooked, such as mental health.

A Focus on Mental Health

Could COVID-19 be a turning point in governmental policies towards mental health? Although the stigma surrounding mental health issues has improved in recent years, economic plans still often fail to prioritize broad access to these services. Now, as governments around the globe call for social isolation en masse, concerns about psychological well-being have become even more widespread.

Mental health concerns have resulted in a wave of government funding for psychological and counselling services, such as Ontario’s pledge of up to nearly $13 million to support access to online counselling and the hiring of additional psychologists. The federal government also released their plan to provide Kids Help Phone with $7.5 million, with the acknowledgement that many children will no longer have access to the support they typically receive at school. In Italy, some 9000 psychologists have taken part in providing free online mental health consultations, offered by the health ministry.

This additional funding suggests an acknowledgement of the importance of mental health to overall well-being, and may set a precedent for the future prioritization of the sector. For example, in providing guidelines to help governments choose which services should remain open, the World Health Organization stated that services related to the “management of mental health conditions” should be deemed essential. These directives have been followed by many governments. For example, Canada has deemed psychologists, counsellors, and social workers to be essential, and in California, mental health workers are exempt from the Governor’s stay-at-home order.

With a renewed emphasis on mental health in the midst of widespread social distancing policies, governments are perhaps rediscovering the essential nature of these services. Moving past this pandemic, it is possible that mental health initiatives, such as psychological and counselling services, will continue to be prioritized and destigmatized.

Rapid Overhaul to the Principles of Social Security

Amid the COVID-19 pandemic, many governments around the globe have been forced to adopt new social security measures to support businesses and workers who have lost their income due to the current health crisis. These social security nets for employers and employees alike are, in most cases, made to supplement the income of businesses and workers who do not qualify for pre-existing benefits.

The CERB is a taxable benefit that provides $2,000 a month for up to four months for workers who have lost income as a result of the pandemic. The flat rate of $2,000 – not adjusted for income earned – was perhaps implemented as a blanket policy to make it easier to roll out in a short period of time, and to lessen the stress of calculating how much an applicant will receive depending on their work.

In addition, the measures in the CERB are much more inclusive and wide-reaching than its pre-existing EI counterpart. For example, the CERB applies to people who are self-employed, wage earners, or contract workers – occupations which would not be covered by EI.

Could these expanded benefits transition into a permanent solution to EI’s coverage gaps? In fact, the longer a crisis lasts, the higher the likelihood is that policies enacted in response to it will last beyond the pandemic. Moreover, within the current political climate in Canada – one where the Liberals hold a minority government and must look to other parties for support in passing legislation – we could perhaps see a push by the New Democratic Party to make some of these temporary measures long-lasting.

Whatever results from the new policies enacted during this pandemic, the government must reflect upon their successes and failures and learn how to move forward and support their citizens in these uncertain times.

A Break for the Environment

In the midst of the COVID-19 pandemic, the world has come to a standstill. Businesses of all sizes have temporarily suspended activities, schools and universities have closed, international travel and trade has been halted, and people are forced to stay inside their homes while medical professionals work to save the lives of the most vulnerable. Though life seems bleak, nature seems to be benefitting from the lack of human activity. Across the globe, thousands of people are noticing that the effects of environmental devastation caused by humans are being reversed back to natural levels.

In February, China’s emissions dropped by 25 percent in a mere month.The Center for Research on Energy and Clean Air estimates this to be a reduction of 200 million tonnes of CO2,which is equivalent to Britain’s annual emissions. China’s Ministry of Ecology and Environment stated that the number of “good quality air days” in China has increased exponentially, while in the Hubei province the number of “good quality air days” increased by 21.5 percent in February in comparison to the same period in 2019. This is a significant achievement, especially considering that Hubei province has been known for its industrial markets and resulting pollution.

In New Delhi, the most polluted city in the world has seen significantly more “good quality air days” since the outbreak. New Delhi is a bustling city that is home to over 20 million inhabitants, which calls for immense air pollution caused by vehicle emissions, smoke and toxins from industrial sectors. Jyoti Pande Lavakare, co-founder of the Indian environmental organization Care for Air, states “I have not seen such blue skies in Delhi for the past 10 years. […] It is a silver lining in terms of this awful crisis that we can step outside and breathe.” In 2019, the city only experienced four days in November in which inhabitants could breathe “moderately” to “satisfactorily”, while every other day yielded dangerously polluted air.

Since the outbreak, the skies have been clearer and air clearner. Data from the Indian government shows that the average concentration of PM 2.5 (fine particulate matter, dangerous air pollutant when in high quantities) dropped by 71% in one week. The World Health Organization declared levels above 25 microgram per cubic meter are unsafe – whereby the levels in New Delhi on March 20 dropped from 91 micrograms per cubic meter to 26 micrograms per cubic meter on March 27, just a week later after the lockdown had begun.

What is to be learned from this experience? Human activity has a tremendous impact on the environment and has negatively affected our surroundings for years. By being more environmentally-conscious and minimizing polluting behaviours, we would be able to live in a cleaner and more environmentally healthy world.

As the pandemic drags on, imagining a post-coronavirus world becomes an increasingly inexact science. It is likely that changes we have made during this pandemic – from individual choices to government policies – will last far into the future. Perhaps a wave or elbow tap will replace the handshake as the universal greeting. Perhaps public handwashing stations will become ubiquitous. And, perhaps increased policies that support individuals in times of vulnerability will stick around.

This is not to say that the COVID-19 pandemic has been a good thing. COVID-19 has already directly taken at least a quarter million lives and has impacted millions more. Those not directly suffering from the illness may face other related challenges, including lost income and weakened healthcare service for other types of health concerns. To be sure, this pandemic has had detrimental effects on our global society and more needs to be done to prevent such an atrocity from recurring. That said, individuals and governments around the world have innovated at an incredible speed, bringing several new policies to light that may be beneficial long beyond the novel coronavirus.