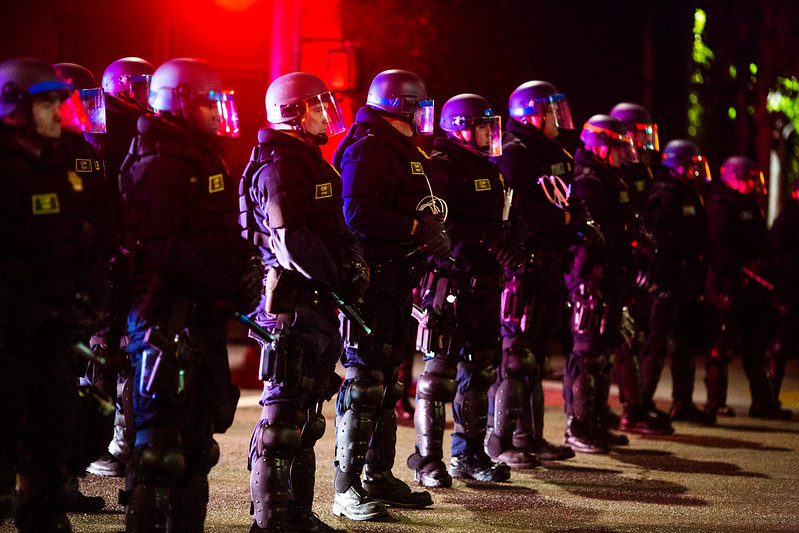 On Monday, May 26th, a white woman walking her dog in Central Park called the police to intimidate and threaten Christian Cooper – a Black man bird-watching in the same park. Following park rules for that area, Christian Cooper simply requested that Amy Cooper leash her dog. Amy refused and informed Christian of her plot to call the police and specifically inform them of the presence of an African American man that was threatening her.

In this instance and many more, we see racists acknowledge the threat a police officer is to Black lives and weaponize this threat to exert control and demand subordination.

Weaponizing 9-1-1 calls to threaten Black people is so common that New York Governor Andrew Cuomo recently urged state lawmakers to pass a bill, first introduced in 2018, and recently renamed the “Amy Cooper” bill, to challenge this dangerous practice. The bill would make it a hate crime to call 911 in order to make a false accusation based on race, gender, or religion.

Amy Cooper is only a symbol for a long history in which white majorities in a colonial state mobilize their monopoly on state violence to terrorize and subordinate racialized individuals. By design, North American policing is not intended to serve and protect all people. As Canada and the United States emerged as settler-colonial states, policing was developed for the explicit purpose of controlling Black and Indigenous peoples.

In the United States, scholars point to the institution of slavery and the subordination of minorities as the determining factors for the infrastructure of policing. Slave patrols and Night Watches, which became modern police departments, were effectively established as private militias for wealthy, white landowners to maintain the economic order of slavery by controlling and punishing Black people.

Police Violence as an Expression of its Purpose

What is missing from the conversation on police reform is historical analysis. The current infrastructure for policing – including the racialization of crime, the tendency towards escalation and violence, racial profiling, the lack of accountability as well as the political power of police unions – is an expression of its purpose to control and punish Black and Indigenous peoples.

Created in 1873, the Royal Canadian Mounted Police (RCMP), known until 1904 as the North West Mounted Police (NWMP), played an essential role in policing the frontiers of the emerging colonial state and facilitating Indigenous dispossession. The “pass system,” a legal system of segregation that confined First Nations to reserves between 1885 and 1940, for example, was enforced by the NWMP and RCMP. Intimidation tactics were also adopted in policing to “remind natives to stay in their place.”

The National Inquiry into Missing and Murdered Indigenous Women and Girls (MMIWG) also highlights the RCMP’s role in the residential school system and the forced relocation of Indigenous communities. The report adds “this historic role of the RCMP has not changed significantly,” citing oppressive legislation in child welfare as well as land and resource disputes the RCMP continues to enforce.

On June 4th, Edmundston Police were called to perform a wellness check on Chantel Moore, an Indigenous woman from the Tla-o-qui-aht First Nation. In responding to this call, an Edmonston police officer shot Moore five times, killing her. On Friday, June 12th, the RCMP was called to assist Rodney Levi, an Indigenous man of Metepenagiag Mi’kmaq Nation, during a mental-health episode near the Boon Road Pentecostal Church. The New Brunswick RCMP responded by tasering and shooting the 48-year-old father of three.

This comes amid protests over the death of Regis Korchinski-Paquet, a Black woman whose death is being currently investigated by the Special Investigations Unit (SIU) – Ontario’s police oversight agency previously criticized by Mayor John Tory for lacking transparency. Knia Singh, a lawyer for the family says “the family is extremely concerned that in recent times, people with mental health distress issues across North America are ending up dead after interactions with the police.”

Evidently, the idea that the RCMP can deliver “high-quality police work that keeps our communities safe” is obstructed by its history of enforcing and consolidating a colonial state with an “Aboriginal Policy” that the Truth and Reconciliation Commission described as amounting to “genocide.”

The RCMP’s continued role in repressing Indigenous self-governance has also been recently highlighted by the violent arrest of Athabasca Chipewyan First Nation Chief Allan Adam for an expired tag on his vehicle license plate. Despite dashcam video showing RCMP officers beating and tackling Adam at the neck as well as grabbing and twisting his wife’s arm, the RCMP says its officers’ actions were “reasonable and did not meet the threshold for an investigation.”

In 1865, crime was intentionally racialized in the United States after the technical abolition of slavery. According to Khalil Mohammad, a professor of history, race and public policy at Harvard Kennedy School, “all expressions of Black freedom, political rights, economic rights, and social rights were then subject to criminal sanction.” During Reconstruction, although slave patrols lost their lawful status, associating crime with Black communities allowed police departments to adopt many of the terrorization tactics slave patrols used. This included systematic surveillance, the enforcement of curfews and the maintenance of white-only police departments.

Similarly, the racialization of crime in cities like Toronto dates to the abolition of slavery in Canada in 1834. This practice of associating Black people with criminality enabled the development of policing strategies designed to control Black people in the inability of white settlers to exert legal ownership over Black slaves.

This type of policing, developed for the explicit purpose of controlling and subjugating Black and Indigenous peoples, continues to manifest in recent reports of police violence and murders. According to the Ontario Human Rights Commission (OHRS), between 2013 and 2017, a Black person was nearly 20 times more likely than a white person to be involved in a fatal shooting by the Toronto Police Service (TPS). Similarly, between 2007 and 2017, more than one third of people shot to death by the RCMP were Indigenous.

Continued state violence against Indigenous peoples and Black people shows that even if attempts are made to educate individuals or introduce reforms that encourage de-escalation, the conditions of colonialism and slavery in which policing was built upon results in default to state violence against racialized people. Police violence in of itself was a formative aspect in North-American nation-building and continues to prop up colonial regimes.

At this moment in time, we are caught between politicians who deny the existence of systemic racism and those that acknowledge racism in policing is systemic but continue to propose superficial solutions. If we truly understand the systemic and historic roots of police violence, one is left to wonder why some think another four years of bias training is sufficient to create change.