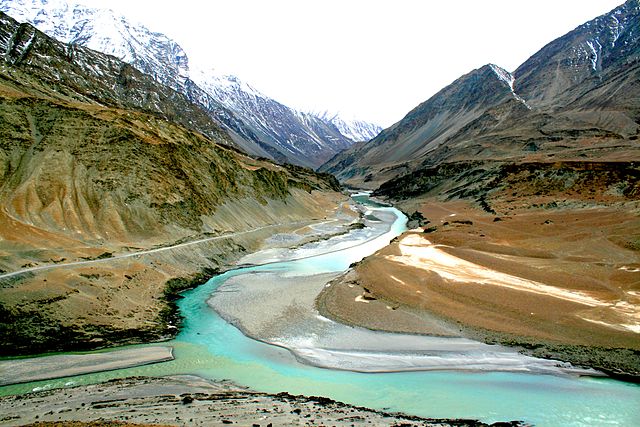 On the night of June 15, in the Ladakh region, bordered by Pakistan to the west and China to the north, a violent clash between Indian and Chinese soldiers marked the most brutal clash between the two countries since 1967. At least 20 Indian soldiers died, many reportedly pushed off steep cliffs into an icy river underneath. The Chinese government has not reported any casualties, but India claims that there was a loss of life “on both sides,” and unconfirmed reports suggest the deaths of over 40 Chinese troops. These actions come after recent developments in both countries, whose nationalistic leaders, Narendra Modi and Xi Jinping, have engaged in chest-thumping moves to garner public favor. In particular, Modi’s dissolution and subsequent crackdown of the Muslim-majority region of Jammu and Kashmir, confirmed a BJP-informed Hindu nationalist agenda. Chinese expansion has manifested in the swift crackdown of Hong Kong protests, the detention of hundreds of thousands of Uighur Muslims, and the establishment of military bases on contested islands in the South China Sea.

Chinese and Indian troops have been in a standoff in the Ladakh region at three separate sites along the Line of Actual Control (LAC), the loosely demarcated and heavily disputed border between China and India. The LAC, formed after the 1962 Sino-Indian war, is composed of both an Indian and Chinese land claims, both of which date from British Raj negotiations with China in the late 19th century. The latest incident stems from early escalations in early May, when 250 soldiers from both sides clashed near Pangong Tso, a lake in eastern Ladakh. While some reports suggest over 10,000 People’s Liberation Army (PLA) soldiers crossing the LAC, other reports suggest a significantly smaller force of 600. After this incident, Indian media reported that some Indian troops were detained, though the Indian Army denied this. Chinese state-run media, however, reported that Indian troops crossed the LAC first in Galwan, some 200 kilometres north of Pangong Tso.

The latest Chinese incursion is likely linked to India’s policies in three main areas: Chinese investment, Indian infrastructure developments near the LAC, and closer India-US ties. In late April, the Indian government required foreign direct investment from China to go through prior government clearance, which would delay investments, mainly concentrated in the automobile and electrical equipment industries. India stated that the move was necessary to avoid “opportunistic takeovers” and fire sales of corporate assets during the coronavirus outbreak. China, which has an estimated $26 billion in existing and planned investments in India, termed the policy “discriminatory,” concerned at the establishment of business barriers.

More recently, the construction of a north-south road in eastern Ladakh has worried China, as it makes it easier for India to position troops to the border and match Chinese logistical capacities. In particular, the construction of a bridge in the Galwan Valley area, the only position with direct land access to Aksai Chin, has concerned China. While captured by China from India in 1962, Aksai Chin has remained at the focal point of many border scuffles since. China claims that the construction of infrastructure in this region shows that India “openly broke the consensus” by  building on the LAC and trying to establish pre-1950 border arrangements. These border disputes with China follow the October 2019 takeover of Jammu and Kashmir, Indian provinces which previously provided a territorial buffer with Pakistan, a staunch Chinese ally.

Warming US-India ties, however, particularly through the “Quad”, an informal security alliance between the US, India, Japan, and Australia, is likely the most important factor in explaining the recent tensions. Originally formed in 2007 and revived in 2017 amidst growing tension in the South China Sea, the Quad has mainly been used as a symbolic, multilateral channel. However, some analysts have noted its potential to act as an “Asian NATO” to stem Chinese aggression with the unification of military-capable democracies. The inclusion of Cambodia, Malaysia, Vietnam, Philippines, Indonesia, Laos, and Thailand into the fold, many of which have also been involved in border disputes with China in the South China Sea, would increase the cost of future transgressions by China. The addition of at least some of these countries to the Quad seems likely given the inclusion of New Zealand, Vietnam, and South Korea in the Quad’s latest meeting.

While the pandemic has exposed the consequences of global reliance on China, China still represents the largest importer of goods for every country involved in the Quad, aside from Laos. This makes it much more difficult for countries to reduce trade with China, given the Chinese competitive advantage in manufacturing and technology. However, a solution may lie in the promise of special trade agreements with the US or India for countries that reduce trade ties with China. While cheap Chinese goods make this a costly move at a time when national economies are weakening, it may be a necessary repellent to avoid an increasingly brazen superpower that threatens US global hegemony and Indian sovereignty. Already, some American companies, like Apple, have begun to move some production activity to India and Vietnam after long manufacturing delays.

Global opinion on China has fallen in the last months, manifested by Australian demands of a coronavirus inquiry, accusations of racism against Africans in Guangzhou, and European hesitation towards accepting Huawei within their borders. As such, this may be the best opportunity for India to assert itself as a democratic counterweight in Asia, starting with a region-wide effort to establish clear lines of sovereignty with China. India, in the midst of a devastating outbreak of COVID-19, would require tremendous support from the US to do so. It would also require a shift in American policy in India, which historically viewed India’s non-alignment as a threat, choosing instead to align strategically with Pakistan, along with China. China has long refused to engage in formal agreements with India, as well as other countries in the region, over exact border locations, rarely giving countries the opportunity to claim Chinese violations. Securing a rigid border, while using financial leverage to reduce Asian reliance on China, may prove instrumental for India in halting Chinese expansionist ambitions. The latest outbreak on the LAC, while unusually fatal, only serves as a precursor for future violence if Southeast Asian borders are not clarified and Chinese aggression is not quelled.