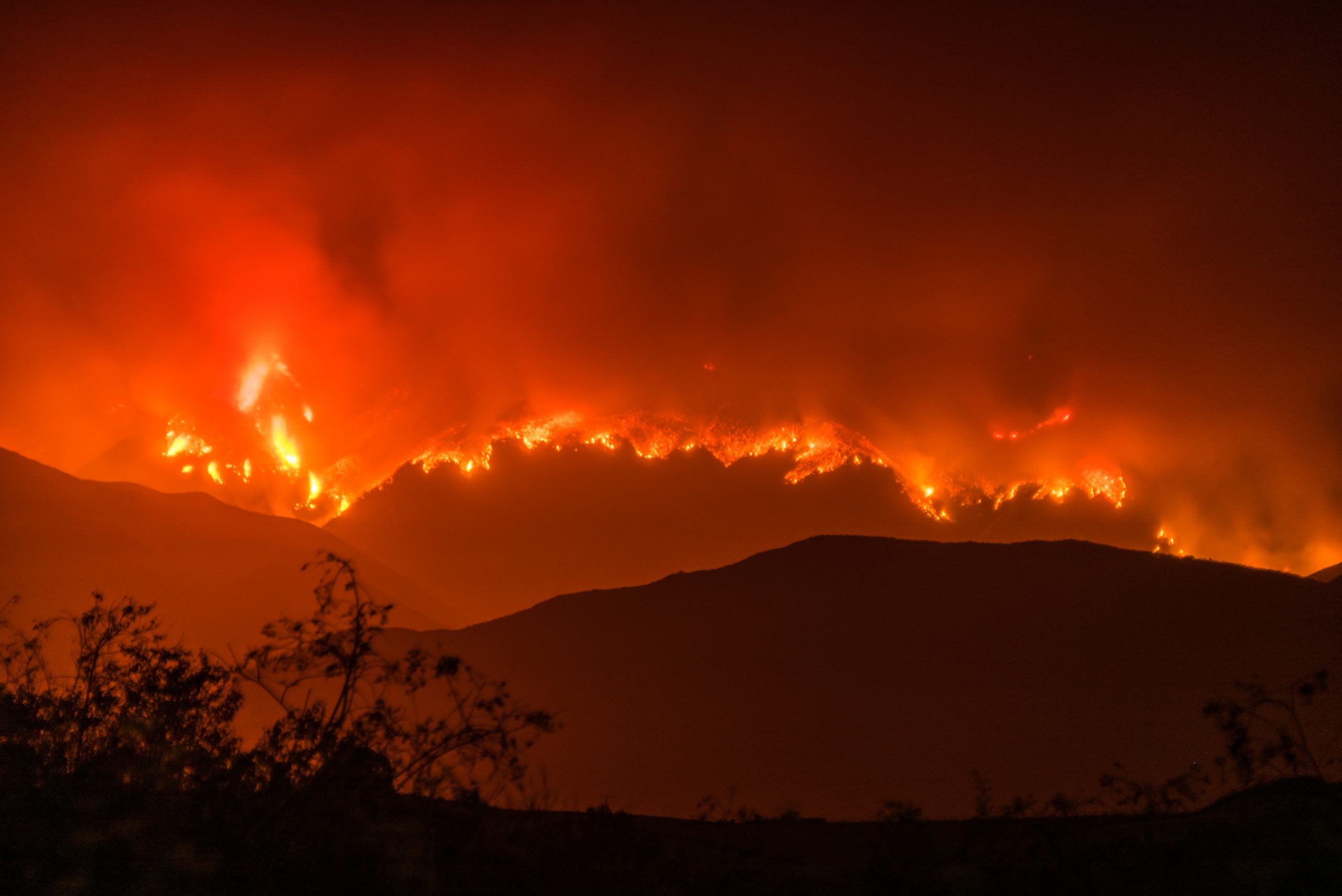 It is no secret that President Donald Trump has a tense relationship with the state of California. Over his four years in office, the president has repeatedly criticized the state and Governor Gavin Newsom for his handling of the pandemic and has done little in terms of relief funds to aid Californians most affected by COVID-19. President Trump refused to give aid on October 16 with the White House declaring that the need for relief was “not supported by the relevant data.”

However, there is another pressing matter affecting everyone in California — the wildfires burning throughout many parts of the Golden State.

According to The California Department of Forestry and Fire Protection (CAL FIRE), more than 4 million acres of land and forests have been burned, with more than 9,000 homes and structures badly damaged or destroyed. Governor Gavin Newsom visited the damage from the North Complex Fire near Oroville in Northern California, a site most affected by the wildfires. On September 11, he said that “the debate is over, around climate change… this is a climate damn emergency. This is real and it’s happening.”

However, President Trump has repeatedly downplayed the severity of climate change and been dismissive of the severity of California’s wildfires. While Trump disregards scientific evidence about climate change, wildfires on the west coast have become progressively more severe in the last few years due to increased droughts and record-breaking heatwaves.

On September 14, President Trump visited the regions most affected by California’s wildfires,  declaring the fires a major disaster and promising aid. However, his promises to help the state have largely been insufficient. The enduring lack of clear communication between the White House and state officials has greatly hampered California’s wildfire response. In August, Trump announced that federal aid for Californians would be arriving soon.

Despite criticizing Newsom in 2019 on Twitter over his alleged “forest mismanagement,” Trump did not mention the wildfires on his Twitter account this year, a testament to his tendency to prioritize partisan attacks over effective climate policy. When California’s fires began in August, Trump had claimed he would withhold federal funding if the state did not maintain its forest floors better.

Governor Newsom has often glossed over the president’s direct attacks on social media, claiming that everything is fine between the two in terms of communication. According to Governor Newsom, “[Trump] may make statements publicly, but the working relationship privately is an effective one.” However, this relationship has proven to be ineffective, as discussions about a funding package were stalled until the administration finally approved relief funding in October.

The Trump administration originally denied California’s request for federal aid on September 28, when Governor Newsom wrote a letter to Trump mentioning that the state needed financial support to rebuild infrastructure and cover damages from the fires. The Federal Emergency Management Agency (FEMA) stated that federal aid had been slow to arrive in California as the state was already receiving funds through its Fire Management Assistance Grants. FEMA claimed that the wildfires “were not of such severity and magnitude to exceed the combined capabilities of the state, affected local governments, voluntary agencies and other responding federal agencies.”

However, aid from FEMA is minimal compared to the vast damage done not just to California’s wildlife and forestry, but to the over 53,000 people who have been displaced from their homes due to the fires. With California’s already limited capacity in handling the pandemic, the state has not received enough aid to take care of those in need of housing from the federal government.

To delve deeper into the slow federal response to the wildfires, one has to understand how the Trump administration perceives such natural disasters. Democratic lawmakers from California have claimed that the president lacked interest in helping the state because it was blue. According to Los Angeles Mayor Eric Garcetti, “there’s a deep feeling that you get different treatment in this administration, in terms of speed and attention, based on how people have voted.”

While Trump has heavily criticized Newsom on his response to the wildfires, he has been unwilling to address why they happen in the first place. Although scientists have pinpointed worsening climate change as one of the significant reasons why the wildfires have become more devastating, the president has failed to put forth effective climate solutions.

Trump has emphasized poor “forest management” by the state officials as the main reason why the state’s wildfires occur. However, most of the land where the wildfires have gone out of control is owned by the federal government. Yet, Trump believes the problem lies within how the state has managed federal funds, and that FEMA should not be sending additional money to the state.

Despite Trump’s convictions, after Governor Newsom called the president directly on October 16 to ask for much-needed aid, Trump agreed to provide federal funds to help California, reversing his original denial. The exact amount of funding is not clear, but it is expected to exceed $200 million.

There is no clear understanding by Trump or FEMA why the administration eventually decided to send funding. However, the upcoming election may have a part to play in why he did so. Studies by the Congressional Research Service have found that between 1974 and 2016, presidents have turned down disaster release aid less frequently during election cycles to prevent hurting voter bases within these states.

Whatever his political motivations, Trump has yet to address the underlying causes of the disaster. With the threat of more fires still looming, California officials are planning to ask yet again for the federal administration for more aid.

Featured image by Glenn Beltz and obtained via Flickr under a CC BY 2.0 license.