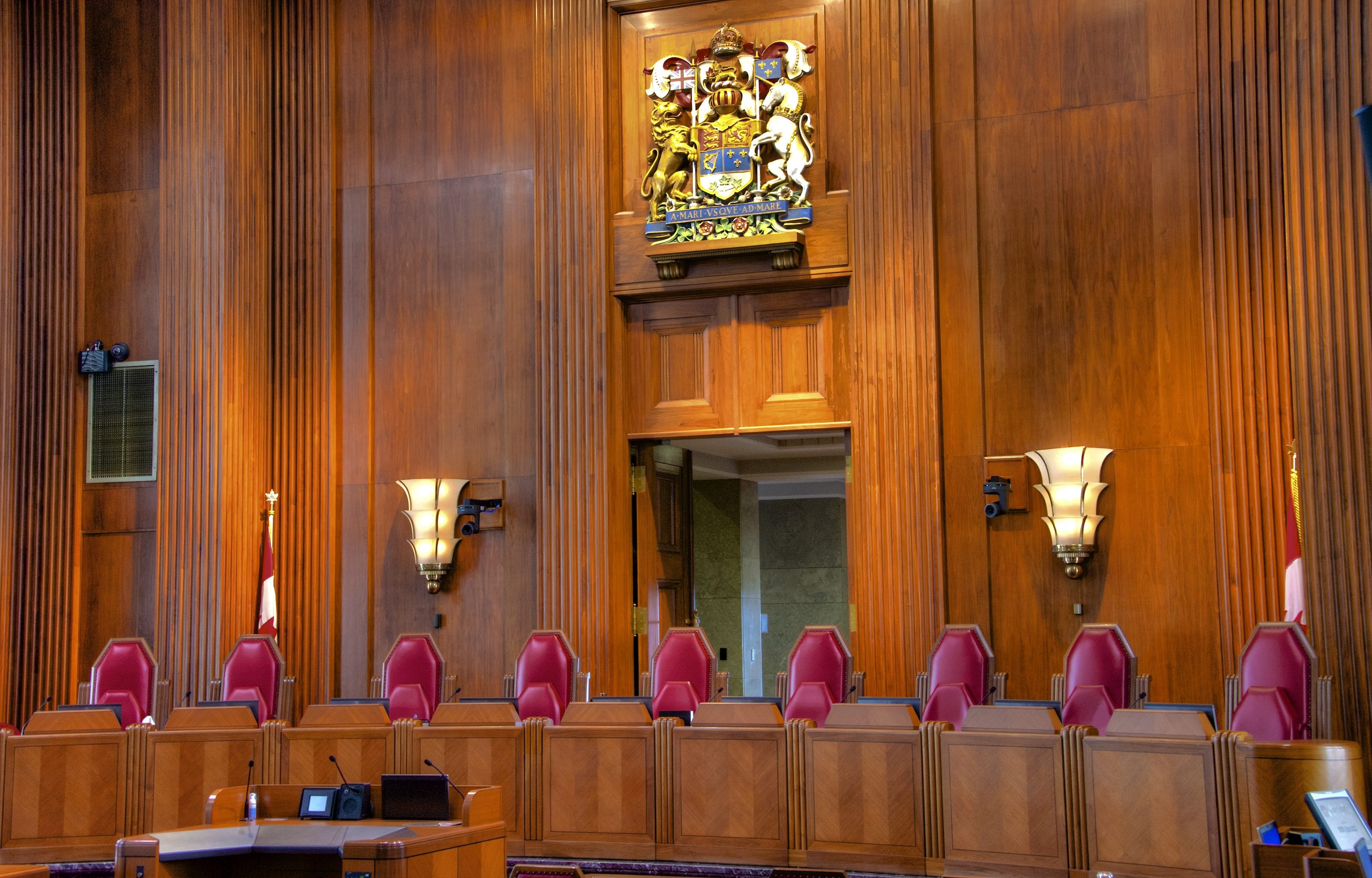 Debate over political partisanship has long plagued the judiciary in the United States. Unlike our southern neighbour, the predominant belief in Canada is that the judicial system is independent of the government. The former Chief Justice of Canada, Beverley McLachlin, has sought to dispel any doubt concerning the Canadian judiciary’s non-partisanship. When asked about the prospect for partisan considerations within judicial appointment, McLachlin rejected the premise of such an action, stating that a judge’s political views play no part in their appointment.

Despite McLachlin’s efforts to dismiss doubts regarding the judiciary’s independence, some skepticism remains. One skeptic is François Landry, a former political aide within the office of Justice Minister David Lametti. In 2019, Landry raised concerns regarding his perception that the Prime Minister’s office played “an overbearing role in the judicial appointment process.”

Landry’s concerns are notable: if it is true that the government seeks to appoint judges who share its party’s political views, that could imply that the executive and legislative branches recognize the potential for a judge’s political ideology to influence the decision-making process. Judicial discretion therefore would be problematic should a judge’s personal attributes have the capacity to influence their decisions.

Even those who trust the non-partisanship of the Canadian judiciary, such as Canadian public administration scholar Donald J. Savoie, commonly acknowledge that politicians may seek to appoint judges who identify with their political party. The potential for partisan considerations within the judicial appointment process is plausible, particularly when considering recently surfaced government emails claiming that the PMO uses its own private database during the vetting process of potential judges. The database, called Liberalist, has the ability to indicate whether a judicial candidate is a member of the Liberal Party. If the candidate is indeed a member, the database also reveals the extent to which they contribute to the party.

Perhaps political partisanship is not unique to the United States. In stark contrast to McLachlin’s position, former Chief Justice Bora Laskin acknowledged what he believed to be inevitably true: a judge’s political views undoubtedly affect their rulings. Laskin presented few qualms concerning the matter, and in fact, was critical of the Judicial Committee for denying “this unavoidable reality.”

Canadian political scientist Emmett Macfarlane, author of Governing from the Bench: The Supreme Court of Canada and the Judicial Role, shares a view similar to Laskin’s. Canadian courts, at least at the highest level, are political; he suggests that the differing opinions and dissents of judges are proof of this. In making this argument, Macfarlane also emphasizes the very nature of the cases that are appealed to the Supreme Court, as he contends that many of them deal with matters that are inherently political.

Macfarlane further suggests that despite increasing attempts by justices to make their own personal values known and to assure the public that they “can be pushed aside,” the ideologies of justices inescapably impact their decisions. The notion that justices are able to remain both impartial and apolitical while adjudicating, despite the presence of personal characteristics and values, is conflictual as there is no clear mechanism to guarantee their absence.

If one were to agree with the contentions of Macfarlane and Laskin, the Liberal party’s documented partisan involvement in judicial appointments certainly becomes cause for concern. The legitimacy of the courts depends on the assumption that judges are apolitical; if the judiciary functions as another arm of political parties this legitimacy may be compromised and public confidence in the judiciary lost.

In February, the Globe and Mail disclosed that it had obtained multiple emails dating back to 2017 and 2018 revealing the involvement of multiple political actors, including Members of Parliament, ministerial officials, and party volunteers, within the selection process for judicial appointment.

This revelation undermines previous efforts of the Liberal government, who in 2016 introduced the Independent Advisory Board for Supreme Court of Canada Judicial Appointments to promote transparency, inclusivity, and accountability. The advisory board, composed of: two lawyers, a retired judge, a legal scholar, and three other members (two of which are non-lawyers), are authorized to provide the Prime Minister three to five recommended candidates based on their qualifications, merits, and bilingualism.

In response to concerns over partisan considerations, the office of current Minister of Justice and Attorney General of Canada, David Lametti, explained that the purpose of compiling information on a candidate’s partisan activities is simply to ensure the Minister is prepared for questions during the cabinet discussions, as well as any other questions from “members of the media, Parliamentarians, or Canadians.”

Although the debate may not be as widespread in Canada as it is in the United States, there remains a considerable amount of discussion concerning political partisanship within the judicial system. If political partisanship does exist, there are important questions to consider. For instance, how can judges’ personal characteristics and values be accounted for in their decisions? It seems implausible that personal characteristics and values could ever be legitimized, but it also seems that they will inevitably exist. Perhaps the more imminent question is how can a society that prides itself as democratic justify the potential for political partisanship within its unelected judiciary?

Featured image by Jamie McCaffrey and obtained via Wikimedia Commons under a CC BY 2.0 license.