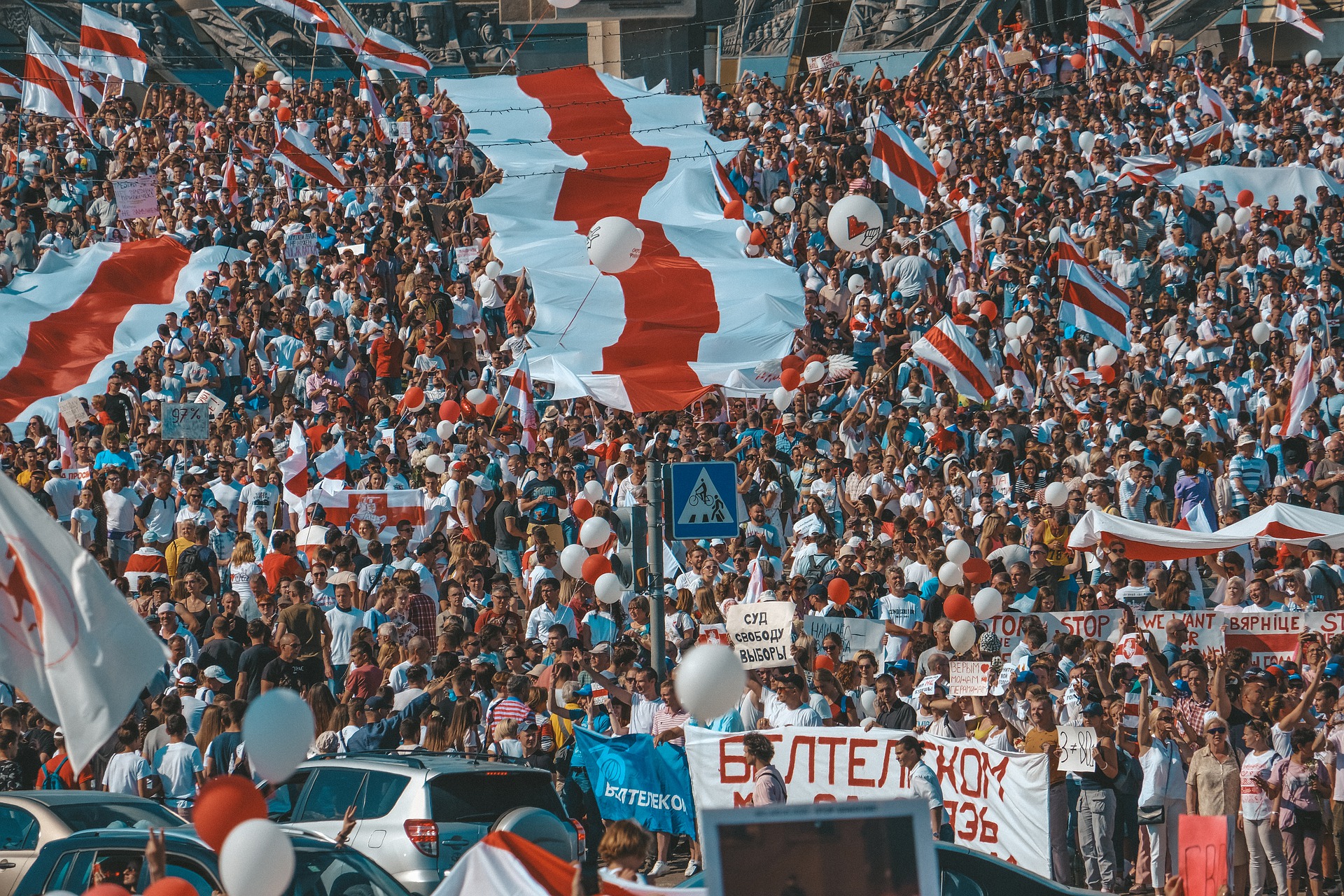 It has been almost three months since Belarusian President Alexander Lukashenko was reelected in a landslide victory, marking his consolidation of the nation’s highest office for an unprecedented 26 years. The longevity of his political power has been attributed to a cult of nationalist leadership and charisma, dedicated to preserving hardline conservatism as a buffer to Western influence and internal instability. However, amidst mismanagement of the pandemic and severe economic downtown, the safeguards of his popularity are rapidly unraveling.

Former opposition frontrunner Svetlana Tikhanovskaya has accused Lukashenko of rigging the August 9th election and fraudulently co-opting the Central Electoral Commission of Belarus. While pre-election exit polls had given Tikhanovskaya a 60-70 point lead over the incumbent, final results showed that Lukashenko had corralled 80 percent of the vote while Tikhanovskaya only won 10 percent. Despite being forced to flee to Lithuania after her allegations had resulted in temporary detainment by state authorities, Tikhanovskaya has not backed down in calling for widespread protests and strikes, which are mounting to this day.

Between August and September, an estimated 20,000 people have been arrested in connection with ongoing anti-government protests. In mid-October, Tikhanovskaya put forward an ultimatum demanding Lukashenko’s resignation by October 25th lest he face a nationwide strike and boycotts of state-owned enterprises, which the opposition had hoped would further damage Lukashenko’s dwindling economic apparatus in addition to current COVID-19 financial impairments. This ‘People’s Ultimatum’ also included demands for the release of political dissidents and the ceasing of police violence. As the Oct. 25th deadline expired, thousands of student protestors took to the streets in Minsk, but strikes in major state-owned enterprises did not materialize sufficiently due to managerial threats of worker expulsion.

Lukashenko seized on this inaction to ridicule the opposition’s failure in organizing coordinated resistance while blaming their anti-government rhetoric for radicalizing Belarusian protestors. Furthermore, he has also threatened that the state would “take no prisoners” in addressing the unrest; consequently, employees and protest organizers who participated in the partial strike were dismissed and activist university students summarily expelled. Police have also used force unreservedly to disperse peaceful crowds with stun grenades and rubber bullets, arresting 523 people nationwide over the course of the week. The opposition maintains that these repressive acts violate both fundamental human rights and freedom of assembly in civil society.

Furthermore, Lukashenko has significantly bolstered both the state’s security apparatus and its capacity to exercise repression. For example, in a security shuffle, Lukashenko has replaced former Interior Minister Yuri Karayev with the Minsk Police Chief Ivan Kubrakou, a forme director of protest crackdowns, signaling an endorsement and likely continuation of violence. While Tikhanovskaya’s resilience and unapologetic anti-government conviction has spurred large-scale mobilization, it lacks a plausible blueprint for forcing resignation moving forward. Despite Lukashenko’s domestic legitimacy shattered, the loyalty of his security force remains significant while repression continues to be both calculated and effective. Therefore, even with the bolstering of opposition solidarity in response to an increase of state-sponsored violence, regime change still seems less likely by the week.

Russian Paternalism and the Geopolitical Divide

The EU has joined the majority of the Western world including the US and the UK in condemning both the falsification of the elections and the widespread violence in Belarus while recognizing Tikhanovskaya as the legitimate leader. However, EU support for the opposition has mostly consisted of symbolic lip service. Modest sanctions against 40 individuals of the regime were imposed in October, but calls for stronger sanctions, namely against the Belarusian Olympic Committee (chaired by Lukashenko) and state-owned corporations, have gone stale. Thus, with a lack of credible commitment from the EU to actively punish the regime, the opposition may be losing their only external source of leverage to effectuate change.

With the West largely silent, Belarus’s political relationship with its neighbor to the East has never been more salient. With longstanding cultural, linguistic, and geographical similarities, Russia and Belarus have long shared a common popular identity. Predictably, Russia has not remained aloof to the situation in Belarus. In addition to immediately recognizing Lukashenko following the election, the Russian government has also praised Belarusian KGB and security forces for their efforts in suppressing the protests. In addition to meeting Lukashenko in Sochi, Russian President Putin has also guaranteed both a 1.5 billion dollar line of credit and the assistance of FSB (Russian Federal Security Agency) security specialists to the regime, while initiating joint military exercises along the two countries’ borders. The Kremlin has also put Tikhanovskaya on a ‘wanted list’ for an unspecified criminal charge, something the opposition views as another effort to delegitimize Tikhanovskaya’s leadership and prop up the Lukashenko administration. Therefore, despite traditional ties, popular opinion in Belarus is slowly turning against Russia’s support of the Belarusian regime. However, this may give Lukashenko more incentive to seek further dependency on Russian paternalism as an effective counter to both domestic and foreign opposition.

A Grim Prospect for Reform

As protests rage, a political deadlock in Belarus may be inevitable. While Lukashenko continues to effectively suppress the protests, any incentive for compromise or piecemeal reform seems to be off the table. Although Russian paternalism may eventually be weaponized against Lukashenko, in that he may become subservient and end up paying a high premium for the Kremlin’s support, it has unequivocally favored his regime immensely in the short-run. Therefore, the onus of action – or inaction –  is now solely the prerogative of Tikhanovskaya and the opposition. Yet, with a high unlikeliness of inviting foreign military intervention, launching a coup to topple the government forcefully, convincing the EU to apply effective sanctions, or pressuring Lukashenko to voluntarily resign, the opposition may soon run out of tricks. Depending on how resilient the protests are, the best bet for the opposition may be to negotiate a backdoor transitional justice deal in giving Lukashenko immunity from legal prosecution in exchange for his resignation. Either way, what started out as a domestic crisis in Belarus will also have to be solved internally if ‘Europe’s Last Dictator’ is to fall.

Featured image by A Matskevich and obtained via Pixabay under a CC BY-SA 2.0 license.