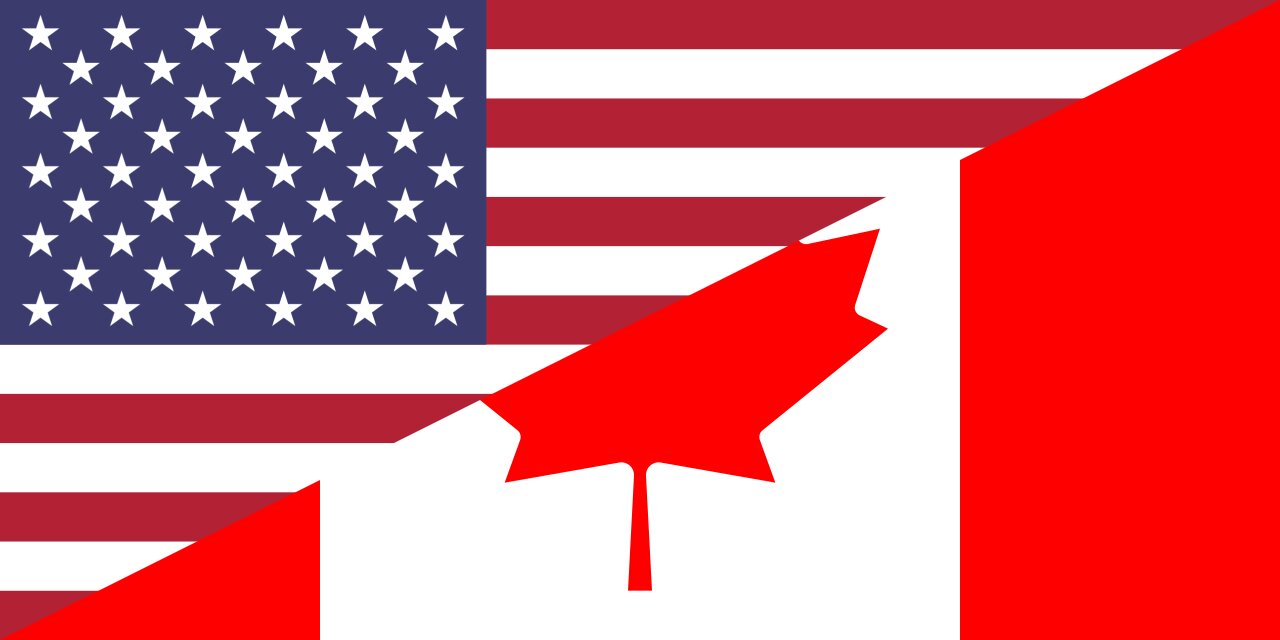 The US-Canada relationship is an interesting one. Both are North American countries sharing the world’s longest border. Both countries were colonized by the British and share mixed-economic systems, yet, the two nations have diverging views on healthcare. The United States with a population exceeding 300 million does not guarantee its citizens access to healthcare and many people, on the left and the right, have disagreed about implementing a universal healthcare plan. During the 2020 election, Joe Biden campaigned in favor of protecting and expanding Obamacare. Republicans called this move a socialist affront to the American system of government, while progressive Democrats criticized Biden for not championing a comprehensive Medicare-for-all plan.

Meanwhile, Canada does have a single-payer universal healthcare program that covers its population of over 35 million. Canadian political parties have disagreements on what should be covered under healthcare, with the New Democratic Party (NDP) wanting dental insurance to be included, while Conservatives have been skeptical of universal pharmacare. However, both sides of the political spectrum can agree that the country’s universal healthcare program should stay.

So, why is it that Canada and the US have such different welfare regimes? To discuss this issue, staff writer Mathieu Lavault sits down with Professor Daniel Béland, director of the McGill Institute for the Study of Canada, to discuss a historical institutionalist comparison of Canadian and US social policies.

Professor Daniel Béland: Universal social programming became a major issue immediately after the Second World War. When we study social policy, there is a very influential typology developed by Gøsta Epsing-Andersen used to classify welfare state regimes. There are three main types of welfare states in advanced centralized countries. The first type is the liberal welfare regime seen in countries such as Canada, the United States, and the United Kingdom. Then, there is the continental welfare regime which is dominant across continental Europe in countries such as Austria. Finally, there is the social democratic regime which we see in Nordic countries such as Sweden and Norway. Although Canada is considered a liberal regime, the country has developed universal social programs not seen in the United States. Universal social programs are defined by the nature of the entitlements that are offered — you are entitled to social benefits like healthcare or pension coverage simply because you’re a citizen or a resident of a certain country or province in Canada.

ML: The UK, Canada, and the US are all classified as liberal welfare regimes, with both the UK and Canada having universal healthcare programs, like the UK’s National Health Service and Canada’s Health Act. However, the United States does not have similar universal social programs — how can we explain this case of American exceptionalism?

DB: Even though universal healthcare programs don’t currently exist in the US, it is still possible that the country will later implement further social programs that are currently being debated, like Medicare. However, there are certainly important ideological and political factors that explain America’s lack of universal social programs. In the US, there were strict distinctions between social insurance and social assistance policies that did not exist in policy debates in Canada or the UK. Social insurance policies in the United States were sponsored by federal bureaucrats after WWII, and even within the Democratic Party there was this strong investment in social insurance rather than social assistance programs.

DB: So, why does the US not have universal social programs? Some people would say it’s in part because of racial divisions within the United States, and the reluctance of some white voters to include Black and Latino people in receiving the same benefits as white citizens. In addition to racial disparities, there’s also the fact that the US doesn’t have a social democratic party like Canada. We have the NDP and its predecessor, the Co-operative Commonwealth Federation (CCF), and they played a major role in parliament to set the agenda for universal social programs. There is no equivalent party in the US, while social democratic parties have had more success in Canada and across Europe.

ML: Can you tell us more about the difference between social assistance and social insurance policies?

DB: Social assistance is a type of program in which benefits are made available to the poor; if your income falls below a certain threshold, you can receive benefits from this program. The indicators for social insurance on the other hand, is past contributions and participation in the labour market, as your contributions are tied to your employment status.

ML: Although there are no universal social programs at the national level in the US, are there other types of programs already in place?

DB: Yes, there are. In fact, the US spends more on healthcare than any other country in the world. A lot of social welfare spending towards older people who receive social insurance benefits through programs such as Social Security which was created in 1935, and Medicare in 1965. At the same time, those who have the economic means to afford private insurance and benefits will go for that option. However, there are great disparities in terms of the coverage provided by private insurance, meaning there are simultaneously those who have no health care coverage, and those with very extensive private coverage. In many US cities you clearly see this inequality as there are well-protected groups of people in terms of coverage, and other groups who have limited access to public support living amongst each other. Even though the US spends a lot of money on healthcare programs, these deep inequalities persist — it’s not just about how much you spend, but how you spend that’s very important in making an effective social welfare program.

ML: Why has Canada taken a different approach to social policies compared to the United States?

DB: Compared to the US, Canada took a different path after WWII. As I said before, the advent of the CCF and later the NDP created the push for universal programs that was not present in the US. The Democratic Party in the US is left-leaning, but it’s also a big-tent coalition that could not successfully promote universal social policies. There was also the British influence with the Beveridge Report of 1942. The prime minister of the UK at that time, Clement Atlee, enacted reforms mentioned in the report after WWII. The Beveridge Report influenced post-WWII policy debates in Canada, and inspired the creation of the country’s Old Age Security pension in 1951. This program was one of Canada’s first quasi-universal programs, and I think it’s passage can be traced back to a combination of factors, relating to political partisanship, political parties, and transnational influence. Conversely, in the United States, labour unions and leftist politicians invested a lot in one program, namely Social Security, which is a social insurance program. There was a real fixation on social insurance in the US that didn’t really exist in Canadian post-war policy debates.

ML: Today, Canada has a robust set of social policies, especially compared to the US. What pieces of legislation were crucial in creating Canada’s modern social welfare state?

DB: The first universal program in Canada was the Family Allowance program implemented in 1945. Old Age Security followed in 1951, and healthcare coverage started with hospital insurance first in Saskatchewan, and later expanded to other provinces. It was actually Tommy Douglas who was the premier of Saskatchewan and his political party, the CCF, that pushed for universal health care in Canada. Saskatchewan was the first province to create Canada’s first single-payer healthcare program in the 1960s, with other provinces following throughout the decade. The federal government began to provide funding for provincial healthcare systems, with universal healthcare becoming a reality across the country by the early 1970s.

ML: How is universal healthcare a factor in shaping Canadian national identity when differentiating from the US?
DB:  Universal healthcare is actually very important, as the differences between Canada and the US are quite limited in many ways — we have the same lifestyle, the same capitalist society, the architecture is quite similar; we share the “North American way of life” as one would say. Canada is a smaller country with a desire to identify itself apart from the United States. As a result, the country’s contrasting social policies are an aspect of Canadian identity. It is not the most dominant one, but Canada’s healthcare system makes the country stand out next to its giant neighbor in the south.

Featured image by Flanker and obtained via Wikimedia Commons under a CC BY-SA 2.0 license.