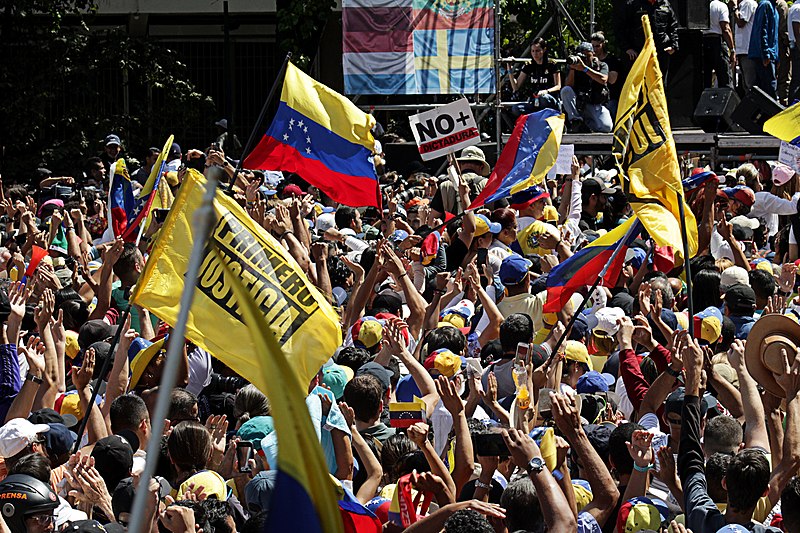 In the midst of an ongoing humanitarian crisis, Venezuela’s legislative elections, scheduled on December 6, are rapidly approaching. This election will determine the fate of the National Assembly, the only branch of government currently held by the opposition and widely regarded as the last democratically elected institution in the country. As the election nears, Venezuelans continue to live under the weight of a devastating economic crisis, the openly authoritarian government of Nicolás Maduro, and, more recently, a shortage of healthcare professionals and equipment in the midst of the COVID-19 pandemic. However, the widespread disapproval of the government within the Venezuelan population is not expected to translate into election results — perceiving the system as insurmountably rigged in favor of Maduro loyalists, opposition leaders intend to boycott the December elections.

Despite Venezuela’s opposition forces being notoriously fragmented, multiple parties have recently coalesced under the leadership of Juan Guaidó, the president of the National Assembly. Guaidó currently spearheads the electoral boycott movement, which emerged on the basis that participating in elections manipulated by an illegitimate government will not only be ineffective, but will contribute to granting Maduro the legitimacy he seeks.

The opposition has strong reason to believe that the contest is rigged — the National Electoral Council of Venezuela, despite being designed to be independent, is packed with Maduro supporters, and the constitutionally designated powers of the opposition-controlled National Assembly are consistently undermined. Opposition legislators have been harassed by Maduro’s government, and over 30 of them cannot physically attend the Assembly’s sessions due to being in exile, detained, or fleeing from government persecution.

The opposition’s current boycott strategy is not new; in 2018, an alliance of opposition parties formed to boycott the presidential elections in response to a prematurely scheduled election date, the refusal of the Maduro government to include international observers, and the government control of the state’s electoral machinery. This boycott resulted in the lowest voter turnout in Venezuela’s democratic history, with the government’s official figure being reported as 46 percent — almost half of the turnout of the two previous presidential elections. Maduro claimed a resounding victory and Venezuela’s opposition called out for the international community to denounce the unfair elections.

The election was widely recognized as illegitimate and fraudulent. Amongst other international condemnations, the Lima Group, an alliance of fourteen Latin American states and Canada, declared its recognition of the vote as illegitimate. This crisis of legitimacy culminated with the National Assembly declaring Guaidó as the interim president of Venezuela. The widespread international support for Guaidó’s acting presidency, recognized by nearly 60 countries, was followed by the imposition of U.S. sanctions on Venezuela to economically punish Maduro and his government. Despite the mounting international pressure on the Maduro regime, the opposition saw no concrete advances in the country’s political situation. Maduro circumvented the economic effects of sanctions through support from Russia and Turkey and an increase in gold mining on protected land and natural parks.

This political stagnation caused the dwindling of Guaidó’s popularity amongst Venezuelans who largely held high expectations for the new political leader. This loss of public support contributed to frustrations within factions of the opposition towards Guaidó’s ongoing commitment to lead another electoral boycott. Despite the opposition’s efforts to avoid legitimizing the government, studies suggest that electoral boycotts rarely result in favorable outcomes for the participating party and, instead, frequently favor the incumbent, leave the opposition out of the political sphere, and do not mobilize the international community.

These frustrations were exemplified when, last September, former presidential candidate Henrique Capriles broke with the fragile unity of the opposition by opposing the Guaidó-led electoral boycott. In public statements, Capriles claimed that the opposition’s priority was to fight against the Maduro government, not to continue to “play government”. Capriles rejected the premise that participating in unjust elections would grant more legitimacy to Maduro’s government; instead, he proposed voting as the only way for civil society to force itself into the cracks of the authoritarian regime.

However, Capriles’ strategy of electoral engagement was short-lived. He retracted his support for the opposition’s participation in the election in October, calling for the postponement of the election and citing the aggravation of the COVID-19 pandemic in Venezuela and the lack of international monitoring as unacceptable conditions for free and fair elections. The European Union received an invitation to monitor the upcoming legislative election, but an EU spokesperson claimed that it was too late to send an Election Observation Mission to Venezuela because of the Maduro government’s failure to meet the minimal necessary conditions for monitoring.

The opposition’s increasingly futile election boycott has roused worries and dashed the hopes of Venezuelans that continue to protest the government. The loss of opposition control of the National Assembly could further threaten Guaidó’s legitimacy — after all, his claim to the presidency is constitutionally based on his position as the president of the National Assembly. With the momentum of international pressure on the Maduro government failing to produce results, the boycott of the election leaves the Venezuelan population with little possibility to engage in nonviolent resistance to the government. As the Maduro government continues to expand its corruption and linkages to the drug trade, poverty continues to skyrocket, rampant violent crime persists, and scarcity of food and medicine remains chronic. If things do not change, millions of Venezuelans who oppose the regime will continue to live without a viable path to justice and democracy.

Featured image by Alex Coco and obtained via Creative Commons under a CC BY-SA 2.0 license.