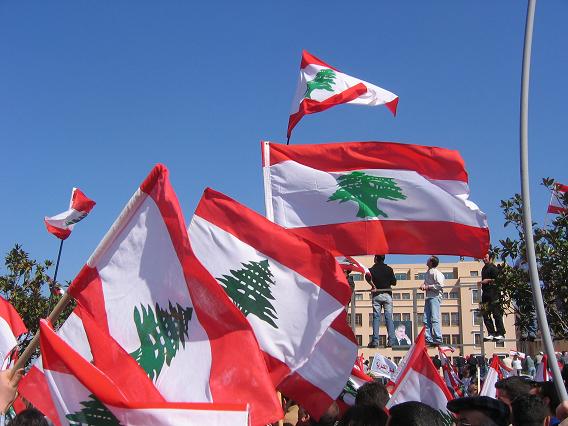 Consociationalism, a form of governance in which power is shared among the elites of various social groups, none of which form a majority, is a highly contested ideal. Though intended to promote democratic values of equality and fair representation, it can also promote fragmentation and sectarian politics at the expense of national identity and unity. Within this context, it is worth examining Lebanon, a country with a pluralistic history and a longstanding consociational system.

Consociational democracy was first described by political scientist Arend Lijphart. He argued that democratic stability can be hindered by strong social divisions within a country. In a consociational system, such cleavages are bridged by a grand coalition — whereby the elites of different social groups, recognizing the issues of non-cooperation, come together to create a government. Additionally, this government is characterized by mutual veto, proportional representation, and specific culturally-based community laws.

The first version of Lebanon’s system of consociationalism was established in 1943 with the National Pact, an unwritten agreement which allocated power to religious sects. Parliamentary seats were allocated in a 6:5 Christian to Muslim ratio and the top three positions in government were also reserved for a particular religious sect. The President would be a Maronite Christian, the Prime Minister a Sunni Muslim, and the Speaker of Parliament a Shi’a Muslim. From 1975 to 1990, Lebanon underwent a civil war as a result of dissatisfaction with the system, viewed as unfairly advantaging Christians, as well as the pressure of the Israel-Palestine conflict. Following this conflict, the political system was codified and amended to create an even ratio of Christians to Muslims in Parliament and to weaken the power of the president.

This system is one that, for many decades, was held up as the paragon of stability in the Middle East. In 2012, French Ambassador to Lebanon Patrice Paoli argued that Lebanon’s system of religious power-sharing is “a model in the region,” to successfully overcome sectarian tensions.

Certainly, at least in theory, the system of consociationalism has some merits in promoting fairness and peaceful relations between sectarian groups. In highly divided societies, consociationalism can allow for a transition to stable democracy, as strong provisions for minority rights and autonomy can make it more appealing than simple majoritarianism. This is because it solidifies minority power and prevents the majority faction from coopting the democratic process. In Lebanon, following the civil war, amendments to representation proved vital to reestablishing peace. Institutionalized power-sharing and proportional representation allows for equitable representation, which can soothe tensions in conflict-ridden or post-conflict societies. In addition, consociationalism has been argued by Arend Lijphart, among others, to prevent violent eruptions of sectarian discontent because such conflicts are relegated to discourse within government itself.

Despite these benefits, however, consociationalism also has many flaws. Lebanon, in particular, cannot reasonably be held up as a standard of stability and citizen satisfaction. In 2019, popular protests arose against government corruption and poor provision for civil services. Even prior to these uprisings, there was widespread popular dissatisfaction with the system. According to the 2016 Arab Barometer survey, 68.7 per cent of respondents believed that no existing party closely represented their political, social, and economic aspirations. This dissatisfaction is noteworthy given that all major Lebanese political parties have a religious slant; it indicates broader discontent with a political system that entrenches religious sectarianism.

While a consociational system may promote stability with its provisions for power-sharing, an emphasis on sectarian identity can also be detrimental. This can come at the expense of establishing a strong national identity, which is considered by many to be a vital aspect of stable governance. In Lebanon, due to the legal importance of religious identity and the general organization of government, religious identity takes precedence over other identities.

Additionally, a major flaw of consociationalism is that it often represents the interests of elites more than common people. Because consociationalism necessarily relies on elite cooperation in the formation of a grand coalition, a power structure which favours elites becomes entrenched. The premise that consociationalism will tend towards a reduction of sectarian discontent is also highly debatable, as these elites may encourage tensions between groups to mobilize them for political support. It may also be exclusionary. Specifically, in Lebanon, the system of religious power-sharing necessarily presents a barrier to secular representation and encourages alignment with a religious sect. According to the 2019 Arab Barometer survey, a majority of respondents preferred non-religious political parties to religious ones. Yet, the existing system allows no way for such a desire to be met.

Whether consociationalism truly remedies or aggravates existing sectarian tensions is very much tied to the circumstances of its establishment and function. In Lebanon, it has at once been a vector for stability following a brutal civil war and a form of governance highly unpopular and deeply flawed.

Featured image by ChamelEian and obtained via Flickr under a CC BY-NC-ND 2.0 license