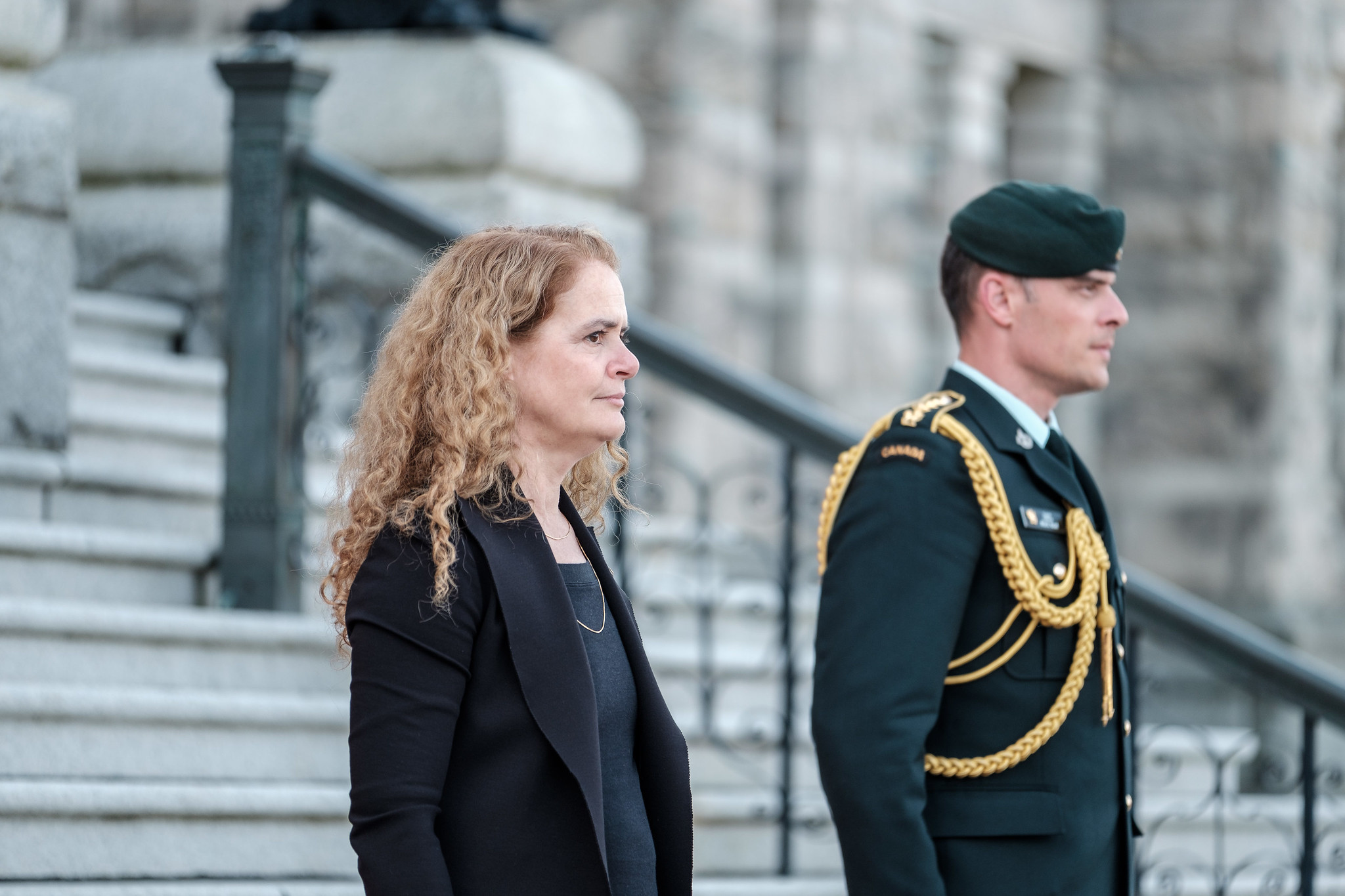 Governor General Julie Payette, who was appointed in 2017 by Prime Minister Justin Trudeau, stepped down from her position as of January 21, 2021. This unprecedented decision came after the release of an official report concerning the work environment in the governor general’s residence of Rideau Hall; the report concluded that Payette and her secretary, Assunta di Lorenzo, had upheld a hostile and toxic work environment.

When the first claims alleging a toxic work environment in Rideau Hall were made public, the Privy Council Office hired an independent consulting firm to conduct an investigation into whether Payette was responsible for workplace harassment. Such allegations are extremely serious, given the importance of her role in the operations of the Canadian state. The Governor General serves as the Queen’s representative in Canada, and her job involves giving royal assent to legislation, as well as the powers to summon, prorogue, and dissolve Parliament.

The final report confirmed that workplace harassment had indeed occurred, and both Payette and her secretary subsequently resigned. Payette has publicly apologized for the ‘tension’ in Rideau Hall, and addressed the need for everyone to have a safe work environment; she is the first Governor General in history to leave their position in the midst of such intense controversy.

Payette’s resignation has raised questions among Canadians about the judgement of Prime Minister Justin Trudeau, who was responsible for her appointment. At the time of the appointment, Trudeau described Payette, a scientist and former astronaut, as a “truly exceptional Canadian,” a “trailblazer,” and “an inspiration for all of us.” In retrospect, this praise from the Prime Minister raises the question of how thorough the background check on Payette truly was, and whether her previous work experience and leadership skills were sufficiently vetted to ensure that she was suitable for such an important role. The previous Governor General, David Johnston, was appointed by Stephen Harper by means of an advisory council: Trudeau abandoned the precedent of consulting an advisory council when selecting Payette, and therefore may have failed to sufficiently examine her judgement, temperament, and leadership capabilities. Many analysts argue that Trudeau was simply impressed by her celebrity status and public image, and that these overrode other considerations about the role. While Trudeau faces these criticisms, his government says they are looking at ways to strengthen the vetting process for the next Governor General. Currently, Chief Justice of the Supreme Court Richard Wagner is fulfilling the duties of the role; this transitional period is crucial for the Trudeau government as they seek out a permanent replacement.

There is currently much uncertainty around who will be the next Governor General. NDP leader Jagmeet Singh has suggested that other parties be brought into the selection process, arguing that the current system is problematic in that it gives too much power to the individual Prime Minister. Indigenous groups have also expressed interest in being included in the selection process. As the representative of the Crown plays an important role in relation to treaties, some Indigenous peoples wish to ensure that the person in power will take treaty relationships seriously and engage respectfully with Indigenous nations.

This has subsequently raised the question of whether Trudeau ought to appoint Canada’s first Indigenous Governor General. Such an appointment would certainly send a strong message. It might be seen as a symbol of hope for the future of reconciliation, as it would be a high-profile gesture of reconciliation at the highest level of government, suggesting positive change in relations between Indigenous peoples and the Canadian state. Perry Bellegarde, national chief of the Assembly of First Nations, expressed support for the possibility of appointing an Indigenous Governor General, asserting the need for First Nations people to be in high level positions of power and authority.

However, others have expressed concerns over what message this appointment would send to Canadians and others around the world: would it be perceived as a sincere gesture of reconciliation or as an act of tokenism? Sara Mainville, a former Chief of Couchiching First Nation, expressed concerns that this would give people an inaccurate sense of the reality of the current relationship between Indigenous and non-Indigenous people in Canada, as focusing on the appointment of an Indigenous Governor General may divert attention from the other issues that are more pressing to Indigenous peoples.

Additionally, asking an Indigenous person to hold the position as the Queen’s representative might appear in poor taste given the monarchy’s historical involvement in colonialism, particularly in relation to the disrespect of treaties. Under treaties, Indigenous nations are separate from the Canadian state, and many feel that their interactions with the Crown ought to be as representatives of sovereign nations rather than Canada. Ultimately, an Indigenous Governor General would not erase the trauma of residential schools, or instantly solve the housing and water crises experienced by many Indigenous peoples; it remains to be seen how the appointment of the next Governor General might affect the future of reconciliation in Canada.

Photo by the Province of British Columbia and obtained via Flickr under a CC BY-NC-ND 2.0 license.