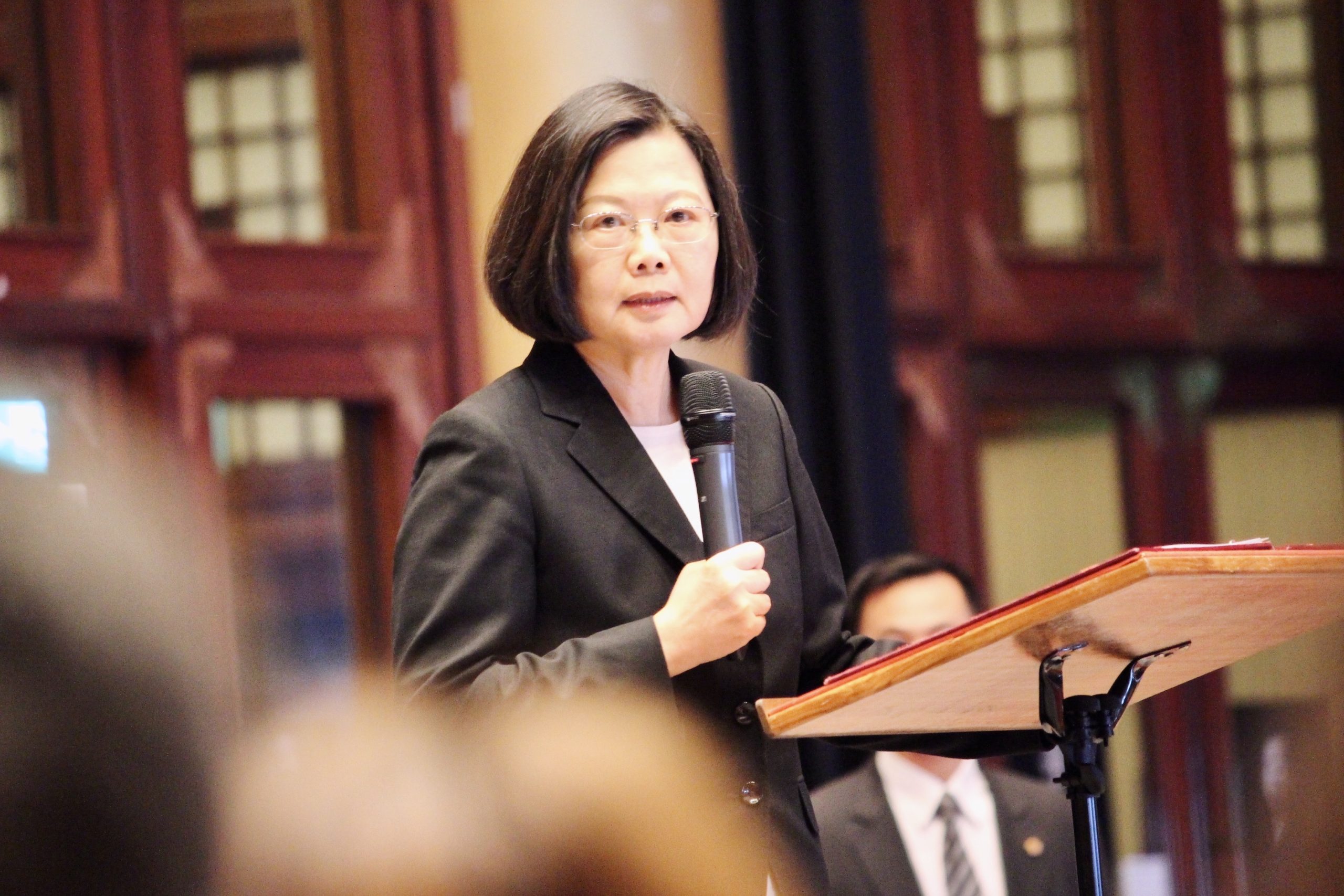 Amid concerns that Taiwanese President Tsai Ing-wen may be steering the nation towards a formal declaration of independence, Beijing has recently adopted a tougher stance.

On January 31st, Taiwanese authorities announced the latest in a series of provocations by China’s People’s Liberation Army (PLA) in the South China Sea. The Taiwanese Defence Ministry reported that both American and Chinese aircrafts had been detected over Taiwan, prompting concerns of an emerging conflict over the sovereignty of the island nation.

Throughout her second term, President Ing-wen continues to reject the “One China” policy — China’s assertions of sovereignty over Taiwan — and has faced condemnation from China over the expansion of Taiwan’s international relations. Beijing views Taiwan as an inalienable part of China and remains staunchly opposed to any diplomatic agreements that support the notion of Taiwanese independence.

China has repeatedly issued reminders of its commitment to a unified China. Since Ing-wen’s re-election in early 2020, the PLA has conducted military exercises in the Taiwan Strait and elsewhere throughout the South China Sea with increasing frequency. According to Taiwan’s Defence Minister, Chinese forces were detected over Taiwan’s airspace more than 250 times in 2020.

Amid the recent tensions, a spokesperson for China’s Defense Ministry warned that “seeking ‘Taiwan independence’ means nothing but war.” President Ing-wen responded on Twitter, expressing the military’s “dedication to defending Taiwan.”

The relationship between China and the island of Taiwan has become increasingly complex as a result of decades of fractured relations. Although China claims full sovereignty over the island, Taiwanese President Ing-wen contends that Taiwan is already an independent country.

Over 100 years have passed since the two governments were united. While the island of Taiwan was historically unified with mainland China under the Qing dynasty, it was surrendered to the Japanese in 1895 during the First Sino-Japanese War. The island was later returned to Chinese control in 1945, shortly before the onset of the Chinese civil war. Following defeat in 1949, the nationalist Kuomintang (KMT) fled to Taiwan and established the Republic of China (ROC).

Headed by KMT leader Chiang Kai-shek, the ROC operated as a government-in-exile throughout the 1950s and 60s, claiming sovereignty over Mao Zedong’s People’s Republic of China (PRC). The ROC enjoyed international recognition until losing its seat in the United Nations (UN) in 1971. The vast majority of UN members have since switched their official diplomatic ties to the mainland PRC.

Despite international ambiguity, the KMT maintained control over Taiwan, ruling by martial law until 1987. Under Kai-shek, the KMT maintained aspirations of a united China, however since the establishment of democratic elections in 1992, support for independence has gradually increased.

Today, China is simultaneously Taiwan’s largest trading partner and its greatest existential threat. Though Taiwan operates as a de facto independent state, the threat of Chinese invasion looms over all diplomatic relations.

Independence and the Rise of the DPP

In 2000, Democratic Progressive Party (DPP) leader Chen Shui-bian became the first non-KMT member to lead the country in over five decades. Supportive of an independent Taiwan, the emergence of the DPP marked a new era of tensions across the Taiwan Strait. In 2005, concerned that Taiwan was moving towards a declaration of independence, China passed an anti-secession law, authorizing the use of “non-peaceful” means in the event of an official declaration.

The current President of Taiwan, Tsai Ing-wen, was first elected in 2016 and earned a second term in office last year. Ing-wen has openly rejected Beijing’s one country-two systems framework but claims that an official declaration of independence is unnecessary.

The international community has historically walked a diplomatic tightrope between Beijing and Taipei. Although it is no longer a member of the UN and is recognized by just 15 states, Taiwan maintains informal diplomatic relations with many countries around the world.

While official ties between Taipei and Washington were severed in 1979, the US is still Taiwan’s most important ally and largest supplier of weapons. Under the Taiwan Relations Act, the US maintains informal communications with the island and is authorized to sell arms of a “defensive character.”

The US-Taiwan alliance strengthened considerably under the Trump Administration. Following President Trump’s 2016 inauguration, the leaders of the two countries spoke for the first time since 1979. Throughout his term, Trump continued his support for Taiwan, unveiling new plans for an American embassy in Taipei, engaging in a series of high-level diplomatic meetings, and supplying $5 billion in arms sales in 2020 alone.

In the final days of the Trump administration, Secretary of State Mike Pompe officially lifted the prohibition on communications between American and Taiwanese officials.

Despite Beijing’s recent calls for “cooperation,” American support for Taiwan is expected to continue under the new Biden administration. In his first weeks in office, President Biden reaffirmed his “rock solid” commitment to Taiwan. The Pentagon echoed Biden’s message, citing the American “obligation” to Taiwan’s self-defense.

Despite bipartisan support for Taiwan, Biden’s pledge to act in coordination with global allies may compel a more measured approach than his predecessor throughout the South China Sea.

The Future of the Taiwan Strait

Although Taiwan remains heavily dependent on the Chinese market, the island has gradually diversified away from the mainland, signing trade agreements with several countries, including Singapore and New Zealand.

As popular support for independence continues to grow and tenuous alliances begin to solidify, prospects for an end to the five decade long diplomatic gridlock have risen. Although the relationship between Taiwan and the mainland is likely to remain precarious in the near-term, the rising tensions in early-2021 could represent a turning point for the future of an independent Taiwan.

Photo by iLaw TH and obtained via Flikr Creative Commons under a CC BY 2.0 license.