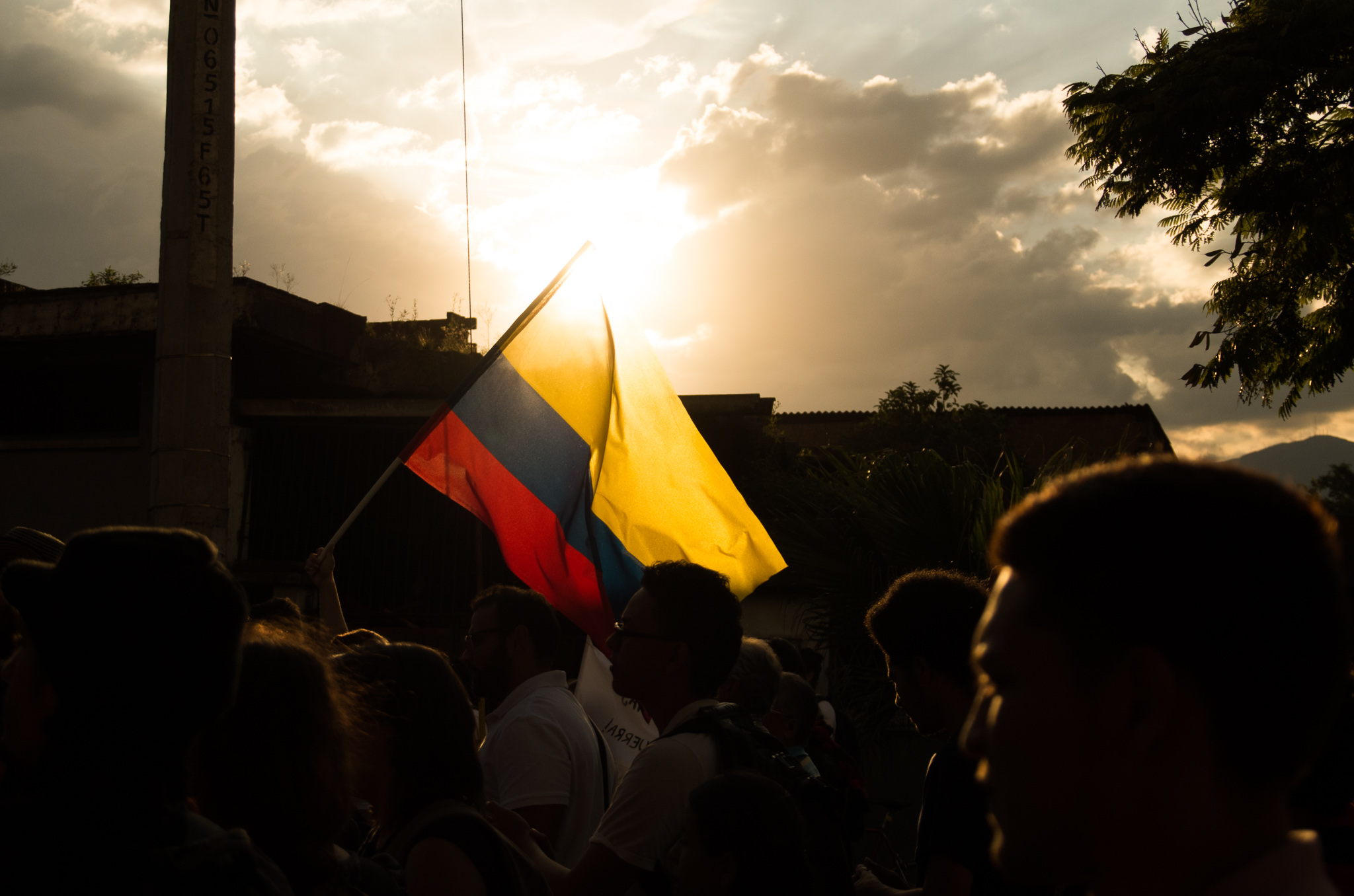 The 2016 peace deal struck between the Revolutionary Armed Forces of Colombia (FARC) and the Colombian government, internationally celebrated as a crucial step for peace and justice in Colombia, brought on an initial decline in homicide rates and overall violence. Today, the hope that many Colombians held for the prospects of this peace has dwindled as the country grapples with an alarming surge of targeted assassination and political violence. This rise in post-war violence, noted since 2019, has, more recently, been exacerbated by the COVID-19 pandemic.

President Iván Duque Márquez’s active resistance to the full implementation of the peace deal is largely credited for the ongoing instability. Having been mentored and sponsored by former President Álvaro Uribe, who is currently under investigation for crimes against humanity, Duque was elected in 2018 with a campaign that opposed the already-established peace deal. His administration has weakened the implementation of the deal by selectively implementing it, impeding the process of truth and reconciliation, the protection of social leaders, and the full dismantling of paramilitary groups.

Despite being urged to act quickly by the UN Security Council, Duque has only sparingly convened Colombia’s National Commission on Security Guarantees. This commission, tasked with the development of policies to ensure the protection of social leaders, has therefore produced unsubstantial work and has failed to implement a policy to dismantle illegal paramilitaries associated with the Duque’s right-wing ‘Democratic Center’ party. Armed groups remain active throughout the country’s landscape, including the National Liberation Army (ELN), criminal gangs, former members of FARC (recently rebranded as Comunes) who split off into dissident groups in protest of the 2016 peace agreement, and right-wing paramilitary forces. Without strong government commitment to disarm and disband paramilitaries and FARC dissident groups, demobilized FARC fighters are put in a situation of risk of retaliation.

Since 2019, non-violent social leaders have been increasingly targeted by armed groups, with journalists, labour leaders, human rights and environmental activists, and Afro-Colombian and Indigenous community leaders being selectively targeted and killed by paramilitaries. The estimated number of civil society activists killed in 2020 range from 49 — the official government data — to the hundreds. Community leaders have been left in vulnerable positions as the government presence in rural areas has been insufficient to ensure stability after the agreement, becoming targets of violence for their opposition to rights abuses and armed groups or by reporting on the situation.

In one noticeable pattern, land disputes over industrial access to raw materials and drug trafficking have led to the murders and threatening of environmental leaders who protect resource-rich areas. Indigenous social leaders have been disproportionately targeted since the peace treaty cleared the way for new development projects in post-conflict areas that were previously occupied by guerrilla forces. Drug-trafficking groups have particularly contributed to the displacement of communities in the struggle for control over coca crops and illegal mining sites.

Importantly, the government has failed to fill the power vacuum left by the absence of FARC in many ecologically important areas. As the peace treaty arranged for the surrender of these lands, any regulation and control that the FARC exerted over various territories had to be replaced with government presence — something that has been largely unsuccessful due to the Duque administration’s disinterest, the difficulty of protecting the diverse natural terrains of Colombia and, more recently, because of the strain of the COVID-19 pandemic on state resources.

These unstable circumstances have facilitated illegal activity by armed groups during the pandemic; human rights organizations have reported brutalities by non-governmental groups that are using coercive violence to impose lockdowns and curfews. The ELN, a group that Duque’s government refuses to engage in peace negotiations with, boasted threats of murder in the face of non-compliance while gangs set fires to the property of those who spoke out against the violence. This is occurring at the same time as criminal organizations benefit from a larger pool of recruitment due to the large proportion of Colombian children who have been out of school due to COVID-19 safety restrictions. Increases in forced recruitment have been reported since the start of the pandemic.

On February 3rd, President Duque announced a plan to escalate military operations in response to the assassinations of social leaders and to increase the number of judges available in rural and remote areas. This announcement follows the writing of an open letter to the newly-inaugurated United States administration by more than one hundred Colombian human rights associations seeking support from the Biden administration in their struggle against ongoing violence in Indigenous and poor communities. While the government signals its intention to combat the rise in targeted killings, critics are not hopeful that the new plan will lead to substantive change. Duque has repeatedly promoted security measures on a superficial level without addressing the major flaws in the system that make the government’s promises of change ineffective. On February 10th, Human Rights Watch produced a damning report that condemns the Colombian government’s inaction, critiquing vague mandates and a lack of protection policies by several government bodies.

As the fifth year in the 15-year timeline of the implementation of the peace agreement, as well as the year preceding the next national elections, 2021 is a crucial moment for the possibility of a lasting peace in Colombia. As the nation grapples with the loss of hundreds of rights defenders, high rates of femicides, the Venezuelan refugee crisis, and the devastation of the COVID-19 pandemic, Duque’s government will have to deliver concrete action to ensure social protection of social leaders and takes important steps towards the implementation of the 2016 peace accord if it seeks to reduce the state of violence in Colombia.

Photo by Leon Hernandez and obtained via Flickr under a CC BY-NC 1.0 license.