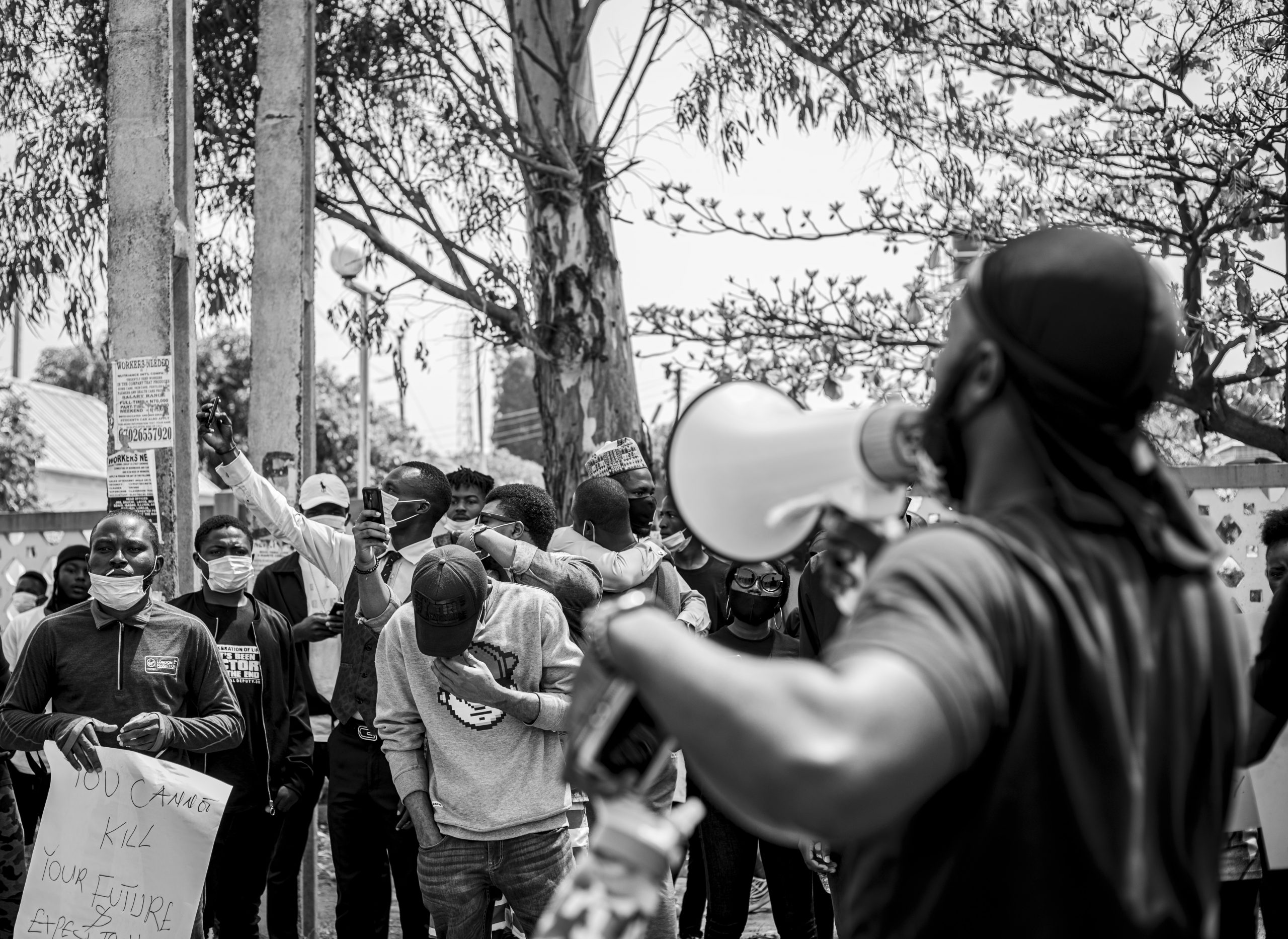 On February 1st, a military coup ensued after Aung San Suu Kyi was voted as Mynamars leader in a landslide election. The Tatmadaw – Myanmar’s military, alleged this election was the product of fraud the Kyi’s government failed to investigate. Although Myanmar’s elections commission reported no evidence of fraud, Kyi and 24 other ministers of the National League for Democracy (NLD) were detained. Min Aung Hlaing –  Myanmar’s military chief and leader of the coup, was handed power, announced a year-long state of emergency and charged Kyi for importing communications equipment resulting in her house arrest.

Many international leaders have condemned the coup, including those that previously denounced Kyi’s previous role in the Rhygina genocide, for threatening the success of the country’s long road to democracy. If the Junta had not overridden election results, Kyi’s victory would have marked the countries first democratically elected leader in 50 years. Civilians took to the street in Yangon to express their opposition to the military’s actions. They called for the military to release those detained and legitimize the country’s democracy.

Three days after the protests began, the Junta ordered an internet black-out and blocked Facebook — Myanmar’s primary social media site. Civilians took to other platforms to speak out against the coup, but the restriction extended to Twitter and Instagram, reducing the country’s total connectivity to just 16 percent. Civil society organizations across Myanmar stressed mobile and internet providers were “legitimizing the military’s authority” and pleaded with them to defy the military orders. Facebook also released a statement stating: “We urge authorities to restore connectivity so that people in Myanmar can communicate with family and friends and access important information.”

The military’s determination to interfere with civilian access to social media and the internet speaks to the threat these platforms pose to authoritarianism. The interest the Junta has taken in social media exposes the impact of online disobedience and information.

In 2010,  Facebook gained rapid popularity in Myanmar because it did not have user fees or data charges. It was such a successful cultural fit that it came pre-downloaded at phone stores. That stated, there is a clear contrast between Facebook’s role as a vehicle for democracy amid this coup and when the app garnered international attention in 2018 for its recurring failure to prevent incitements of violence against Rohingya people. During this surge in violence, the Business for Social Responsibility report, an independent non-profit organization, determined that Facebook was being used as a platform for those looking to spread hate and harm in Myanmar with limited intervention from the company.

The contested role of social media as a force for resistance in Myanmar is not a stand-alone instance. Social media has been both a vehicle for democracy and a threat in many countries.

For instance, in Uganda, The Uganda Communications Commission released a statement on January 13 directing networks to suspend social media access amid the presidential campaigning period. Before this ban, Ugandan president Yoweri Museveni spoke out against Facebook’s decision to suspend Ugandan accounts on the basis that they were attempting to undermine political debate. Most of these suspended accounts were pro-government. Facebook also described taking down fake and duplicate accounts associated with Uganda’s Ministry of Information.

Museveni contested that Facebook’s attempt to judge “who is good and who is bad was arrogant.” While many turned to Virtual Private Network’s (VPN) during the internet blackout, the government has threatened to arrest those who do. Telecom Sector Executive made accusations that this social media ban was in retaliation to Facebook’s decision to block pro-government accounts. These executives also reported the government made this clear to them.

Similarly, in Nigeria, the pull of social media in the #EndSARS movement was demonstrated by the government’s support of social media regulation directly following the hashtag’s surge. #EndSars is a movement lead mainly by youth in Nigeria that began in 2016 to protest the country’s Special Anti-Robbery Squad (SARS).  The SARS unit is responsible for many extra-judicial acts of violence ranging from extortion at gun-point to acts of torture and execution, with most of its victims falling between ages 18 to 35. The hashtag has since broadened its agenda to call for a dismantling of government systems exposed as abusive, particularly against youth who make up most of the population.

In October  2020, the movement garnered its international attention after a video of a SARS official killing a man and leaving with his car went viral on Twitter and after several peaceful protesters were killed in Lagos by the Nigeran army and police. The hashtag propelled the movement to organize the timing and location of protests, raise funds to feed protestors, get legal support on short notice, and encourage accountability through recording and posting violence towards protestors.

#EndSARS’  success affirmed the social media’s ability to upset government systems, resulting in a proposal for a Social Media Regulation Bill backed by many Nigerian ministers. The Bill covers offences including sharing false or dangerous information, punishable by a fine and prison time.

The arbitrary nature of what will count as false information or security threat has caused many to speak out against the bill and raise suspicions that it is a coveted attempt to stifle future government protest after the success of #EndSARS. Amnesty International criticized the bill, stating that the regulations could “easily empower those in power to punish critics of government’s policies and actions” or even shut down the internet entirely. Olumide Akpata, the President of the Nigerian Bar Association, also expressed concerns about how the bill will be applied, considering that social media spaces are already regulated.

While social media has the potential to organize political movements, share important political information and strengthen civilian networks, the ease with which these authoritarian leaders can undermine these sites poses new problems. The apparent fragility of social media and the internet may end up leaving movements that rely on them more vulnerable than before their introduction.

Featured image by Jerry Jallo and obtained via Flickr under a CC BY-SA 2.0 license.