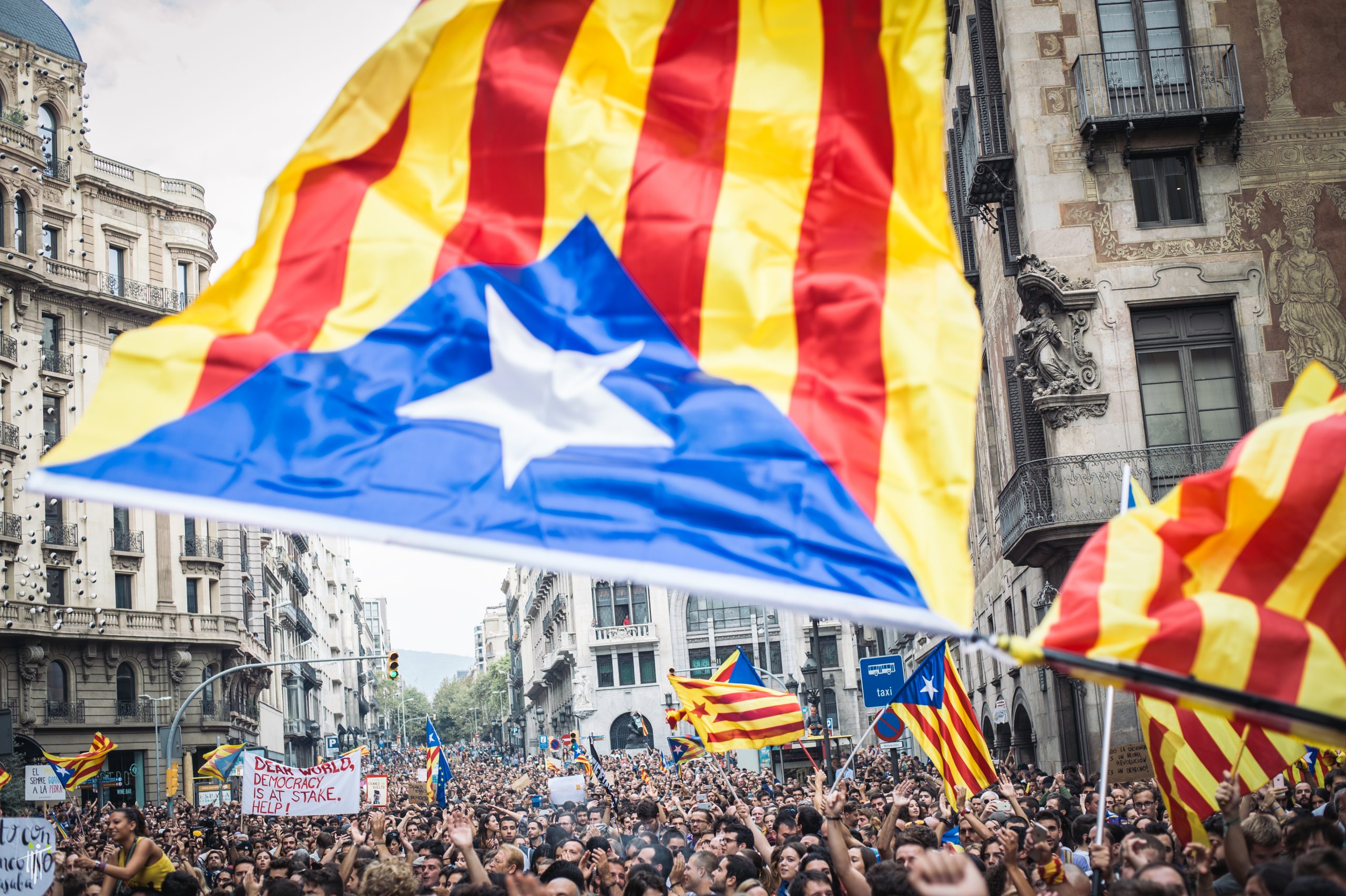 On Sunday, February 14th, the highly anticipated, regional snap election in the Spanish autonomous region of Catalonia was held. Delayed by the COVID-19 pandemic, the election was initially triggered by a High Court of Justice of Catalonia ruling in December 2019 which barred former Catalan President Quim Torra from holding public office, charging him with ‘public disobedience’ after refusing to disassemble pro-independence signs during the 2019 Spain General Elections. Sunday’s results revealed a surprisingly fragmented and tight parliamentary divide despite the odds being heavily in the separatists’ favor. The pro-Madrid and pro-Union Socialist Party of Catalonia (PSC-PSOE) under ex-Health Minister Salvador Illa narrowly clinched the popular vote with 33 seats, while the mainstream, pro-independence bloc including the Republican Left of Catalonia (ERC) and Together for Catalonia (JxCat) claimed 33 and 32 seats respectively. Despite not receiving enough votes to secure a majority government, the PSC is now the leading party in the region, spearheading the search for a new coalition.

Even as the pro-independence bloc has expanded their parliamentary majority amidst pervasive Catalonian nationalism, a more moderated public opinion coupled with a potential PSC-led government may not only be a new avenue for increased compromise between Barcelona and Madrid, but also a less politicized focus on unity amidst the pandemic.

A Sequel to Pre-existing Tensions

The constitutional crisis of Catalan independence has challenged the question of national unity for decades, defined by strong civic and cultural differences with Madrid. Catalan nationalists have also complained that their wealthier region has disproportionately and indirectly subsidized the poorer regions of the country for far too long, largely through Madrid’s centralized handling of national taxation.

Tensions came to a head in the worst political crisis of separatism in 40 years, in which Catalonia’s push for self-government climaxed in 2017-18. Led by former Catalan President Carles Puigemont of the JxCat Party, an illegal referendum was initiated, where Puigemont’s secessionist bloc then unilaterally passed a secret ballot by a margin of 70-10 in favor of an independent Catalan Republic. When both the referendum and ballot were nullified by the Spanish Constitutional Court, Puigdemont was promptly sacked while fleeing with his government to Belgium in order to avoid prosecution; while 9 other affiliates were jailed for coordinating the illegal secession attempt. What transpired was a temporary revocation of Catalonia’s autonomy by Madrid, who assumed direct rule in the region. As Puigedemont’s protégé, former Catalan President Quim Torra has embraced the pro-independence mantle fervently until his suspension in 2019, sustaining if not expanding the separatists’ sentiment. What’s clear is that the wounds dating back to the 2017 crisis not only remain intact, but will need to be harnessed and accommodated by whoever forms the next Catalan government.

As the PSC-PSOE’s candidate for the next Catalan President, Ex-Health Minister Salvador Illa, an ally of Prime Minister Pedro Sanchez, may look to bear the burden of forming a new government. Illa’s political elevation to the role of regional party head, while seen by many as a symbol of priority over public health, is still under scrutiny. His record as the Health Minister that oversaw Spain’s immediate response to the COVID-19 pandemic has claimed over 60,000 lives coupled with reeling economic downturn of nearly 11% last year. As the global hotspot of COVID-19 back in March of 2020, pundits criticize Illa and the Sanchez government for failing to provide necessary ventilators, personal protective equipment, and testing to the public, where understaffed and overrun primary health care units faltered under a nearly 20% death rate. Despite this, Illa’s entrance as a non-political figure of compromise while being less involved in the tit-for-tat divide of the Catalonia region, may be a crucial step for unity in addressing COVID.

On the other hand, despite boosting their parliamentary majority, a pro-independence government excluding PSC may still be difficult to achieve for the separatist bloc. Despite vowing to boycott and disrupt any coalition negotiations that would bring PSC into a majority government, both the ERC and JxCat’s competing visions for independence continue to be factionalized. While the ERC favors a more moderated, compromise-approach with Madrid, the JxCat aims to adopt a more adversarial, defiant approach; with the latter party not ruling out a campaign promise to repeat 2017’s unilateral declaration of independence. Despite the lingering possibility of a fully pro-separatist government consisting of the ERC, JxCat, and the far-right Vox Party, the most likely outcome may be an entente between the PSC and the more moderate ERC joining in coalition. Therefore, while actually determining who gets to govern Catalonia will be another drawn-out process, there is optimism that Illa’s goal of working alongside the ERC and other pro-independence factions may help to turn a new page in Catalonian politics.

Advent of a Madrid-Barcelona Bridge?

Even as the violence and instability of 2017-18 lingers in the background, public opinion on Catalan independence has become less polarized, with 47.7% of Catalans against independence and 44.5% in favor of. While also attributable to the pandemic, turnout for Sunday’s election also decreased from 79% in the last 2019 cycle to 53% last weekend. As the Socialists receive the popular vote in a region where they’re notoriously unpopular, this may reflect growing voter frustration and exhaustion with Catalonia’s political polarization. Furthermore, Barcelona may be experiencing a deja vu sentiment amidst continuous civil and constitutional unrest in the region that is revived by every election cycle, in which popular opinion has become less politicized on the independence issue. With the COVID-19 pandemic, the effective delivery of public health services, education, and economic sustainability has also been thrust into the spotlight, where Barcelona’s relationship with Madrid will be ever more crucial. As Illa’s PSC will seek to achieve unity in a fractured region, their goal of compromise may bring about a ‘third-way’ of moderating the divide, by focusing on public health over politics. Despite how pro-independence sentiment evidently remains, the nature of the Catalan question may now be less polarized over languages, borders, flags, and autonomy; but rather shifting more towards restoring the citizens’ trust in government.

Photo by Sasha Popovic and obtained via Flickr under a CC BY-NC 1.0 license.