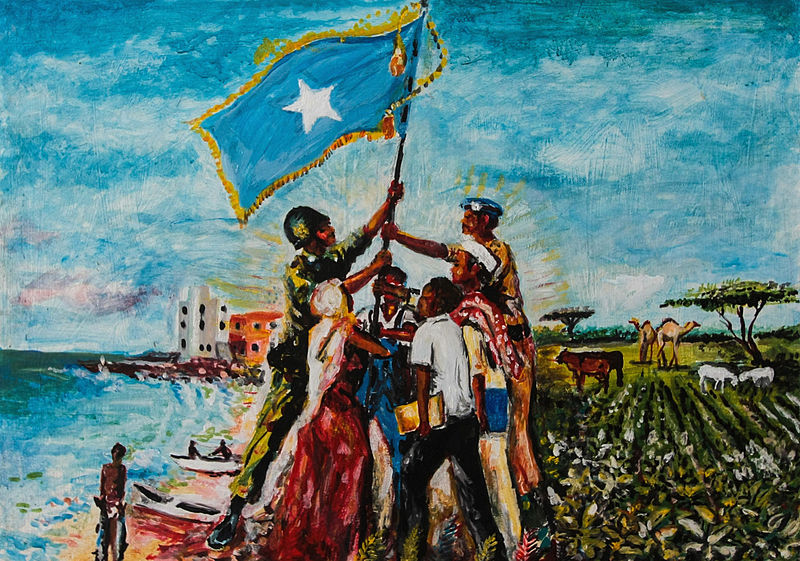 Since February 8th, sporadic episodes of violence have unfolded in Somalia following inconclusive negotiations between the federal government and regional states about holding a presidential election. This comes after the failure to conduct a parliamentary election last December as scheduled in the Constitution, leaving the country in a climate of political uncertainty. This election deadlock risks plunging the country into a downward spiral that would unravel decades of state-building efforts.

The incumbent President Mohamed Abdullahi Mohamed, or Farmaajo, has proposed to delay the elections given the fragile state of Somalia during the pandemic. This attempt to impede the election process has been vehemently condemned by opposition parties and civilians who have come to distrust Farmaajo and state institutions. Unprovoked military assaults against peaceful protestors in Mogadishu have fuelled public discontent with the executive government, which has already faced accusations of mishandling the pandemic and political corruption.

Since the 1991 military coup that overthrew the Siad Barre regime, Somalia has struggled to establish a centralized federal government that is representative and legitimate in the eyes of Somali people. The adoption of a provisional constitution in 2012 was presumed to settle regional differences across the country, setting up a clan-oriented electoral college system. The election of Farmaajo in 2017 was considered a key milestone of democracy in the country after decades of clan-based conflicts. But the Farmaajo administration’s reliance on international aid has diminished its legitimacy, prompting citizens and opposition groups to call the administration “daba dhilif,” which means “foreign puppets.”

Negotiations over reforming the electoral college for the 2021 elections fell apart when the federal states of Jubaland and Puntland objected to the new model, expressing their concerns over continuing patterns of corruption due to clan-based patronage networks and frequent kleptocratic activities. The proposed electoral college model would have maintained an indirect electoral system, with 101 delegates chosen by clan elders that would elect members of the Parliament responsible for appointing a new president. Since no amending provision exists in the Constitution, reaching consensus over political reforms is a difficult task to achieve.

The failure of reconciliation between the federal government and regional states exemplifies the myth of development aid. Decades of civil unrest alongside foreign assistance have undermined Somalia’s economic development and state capacity. Since the beginning of his presidency, Farmaajo has received international praise for cooperating with NGOs to assist internally displaced persons and to create a debt relief program. But, foreign aid has been manipulated by the federal government and militia groups like Al-Shabaab for their own interests, lending themselves to a game of patronage. The misuse of international funds in the pursuit of greater legitimacy has negatively impacted civil society who has remained in a precarious environment since the civil war has begun.

International pressure over the establishment of a functioning executive government has impaired the legitimacy of Somali institutions, which have focused on often vain humanitarian efforts. International funding has widened the gap between government elites and civil society. Somalis do not feel represented by their state institutions, which have sought to please international actors more often than its domestic population. External assistance has eclipsed domestic concerns, alienating the population whose only demand has been to have a government that serves their interests.

The federal government’s attempt to consolidate legitimacy has consistently infringed on human rights. The National Intelligence and Security Agency, a branch of the federal government, has actively attempted to suppress free press and speech, controlling the image of the incumbent administration. The legitimacy issue has become more pressing, given the dangerous threat of the militia group Al-Shabaab, which has gained notoriety for its random attacks on civilians and security forces. President Farmaajo has declared a war on terrorism against Al-Shabaab, but civilians have often found themselves arrested on terrorism charges.

Plagued by ruthless clan politics, the Somali electoral system has continuously disregarded individual voices within civil society. Rampant corruption and bribery have compounded issues with the electoral college. Many have expressed doubts towards the current delegate selection process, which is clan-based and undemocratic, favouring male elders and elites. Accommodating to clans’ demands has perpetuated a deeply unequal election process that is far from embodying the one-person, one-vote principle.

In an effort to counter corruption, the federal government has established election committees tasked with monitoring the delegate selection process and voting procedures. However, members of election committees are appointed by the federal government and regional states which have selected overseers of their own clans, aggravating majority-minority relations. As these new election supervisory agencies have failed to instill public trust and confidence, there remains considerable doubt on the legitimacy of democracy in Somalia.

Facing imminent food shortages, a locust infestation, cross-border conflicts, and a surge in COVID-19 cases, Somalia needs a strong and functioning central government to overcome its current problems. Foreign influences have long intruded the political landscape of Somalia which longs for an effective and central federal government. A grassroots solution is needed to overcome this political crisis on Somali soil.

Photo by AMISOM Public Information and obtained via Wikimedia Commons under a CC BY-NC 1.0 license.