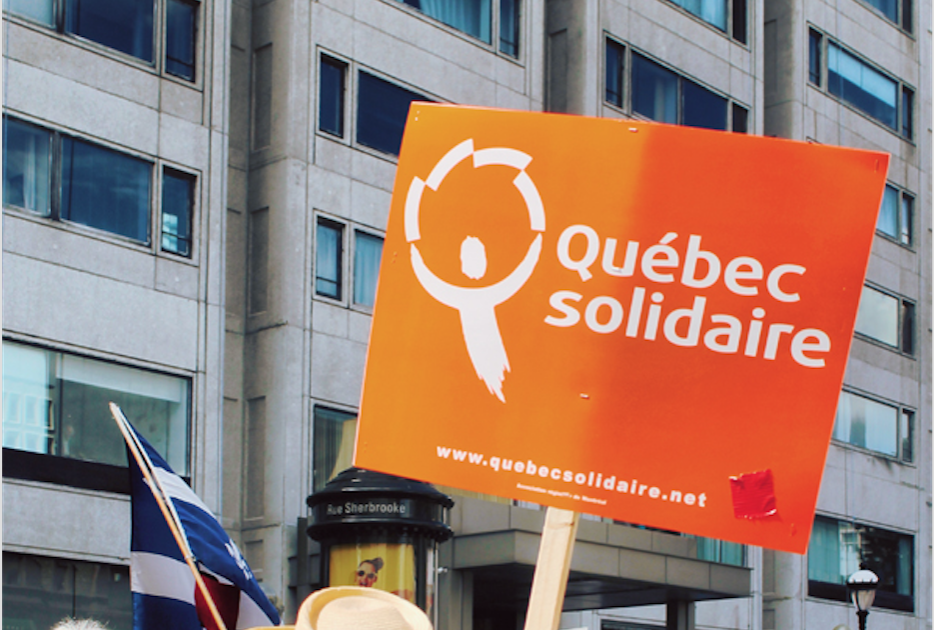 As we begin to enter a world of immunity against COVID-19, Québec Solidaire, a left-leaning opposition party in Quebec’s legislature, has been diligently working on solutions that would ensure a just post-pandemic transition for the province. Although it remains to be seen whether the centre-right Coalition Avenir Québec party will be willing to work with them on these proposals, Québec Solidaire MNAs have taken it upon themselves to address the obstacles uncovered by the pandemic.

As countries around the world accelerate their vaccination campaigns, Canada has been left behind. Though the federal government has purchased more doses per capita than any other country in the world, its reliance on foreign production companies has slowed down its vaccine distribution to the point where a mere one per cent of the population has been vaccinated. This delay has hit the province of Quebec especially hard, as it has the highest number of COVID-19 deaths and cases per capita. While the provincial government is primarily responsible for the domain of public health, the task of acquiring vaccines is within federal jurisdiction, making the province’s vaccine distribution dependent on the federal government. In other words, if Canada fails to provide vaccines, Quebec fails to vaccinate.

In order to prevent Quebec from facing another vaccine shortage in the future, Québec Solidaire has proposed the creation of Pharma-Québec, a Crown corporation that would reduce the province’s reliance on the federal government for essential pharmaceutical items such as medication, vaccines, and medical equipment. Québec Solidaire’s objective is for the province to become self-sufficient while simultaneously ensuring that the health of Quebecers is prioritized over the profits of multinational companies.

The Pharma-Québec proposal consists of three divisions. The first division, responsible for purchasing, would be in charge of negotiating the price of medication and vaccines used to treat the coronavirus. Québec Solidaire’s rationale is that centralizing purchasing power would give Pharma-Québec greater leverage with pharmaceutical companies, helping avoid shortages while guaranteeing the best possible prices for Quebecers. The second division is the production division: in the short term, it would manage the production of medication and vaccines against COVID-19. In the long term, however, it would be able to produce medication and vaccines to combat other viruses, ensuring that Quebec will be better protected in the case of a future pandemic. The third division, responsible for research, would be in charge of stimulating research for COVID-19 vaccines. Its eventual goal would be to conclude partnerships with universities and laboratories in order to develop solutions for public welfare through its research.

Another important element of the COVID-19 response that MNAs are beginning to consider is the province’s post-pandemic economic recovery. The pandemic is currently estimated to have pushed Quebec into a $15 billion deficit, which will need to be paid for in the coming years, likely through tax increases or spending cuts. In order to prevent Quebec from facing another period of spending cuts, Québec Solidaire has proposed a progressive tax increase. Rather than imposing the burden of the pandemic onto the middle class, as has often occurred during economic recessions of the past, Québec Solidaire believes that companies that benefited from the pandemic ought to be held responsible for paying their fair share. Companies like Amazon, which saw a 26 per cent increase in revenues during the pandemic, have been referred to as one of the “winners of the pandemic”; under this tax proposal, companies in Quebec that saw similar profits would be forced to pay back some of those profits. This would be done through a 50 per cent increase in corporate income taxes, thus rising from 11.6 per cent to 17.4 per cent. It is also important to note that there would be exemptions applied to the first $500 000 of the profits of small and medium-sized businesses, in order to emphasize the profits of large businesses rather than penalize smaller ones. This tax initiative is estimated to ultimately return a total of $3 billion per year to governmental services.

If the pandemic has made one thing clear, it is that the Internet is an essential service. Despite this, hundreds of thousands of households across the province continue to be deprived of access to high speed internet unless they are able to pay exorbitant prices. Numerous provincial governments have campaigned on the promise of closing the digital gap that exists between rural and urban spaces, but little has concretely been done in order to achieve said promise.

Québec Solidaire believes the provincial government has a responsibility to provide the entirety of Quebec with a public Internet infrastructure to avoid being forced to rely on the benevolence of telecommunications companies. For this reason, the party is proposing to create Réseau-Québec, a public fibre-optic network that would ensure an adequate internet connection across the province. Réseau-Québec’s initial focus would be to connect inadequately supplied regions to a high speed network of 100 Mb/s. This would be achieved through partnerships with local independent suppliers and would also help to reduce consumer prices by 30 per cent.

Although we are nearing the light at the end of the coronavirus tunnel, it might be a while before any of these proposals are transformed into legislation by the Legault government. While their solutions may seem idealistic to those in power, Québec Solidaire believes that modern solutions might just be what is necessary to resolve the modern problems that the pandemic has brought to light.

Featured image cropped from a photo by Tina Mailhot-Roberge and obtained via Flickr under a CC BY-NC-ND 2 license.