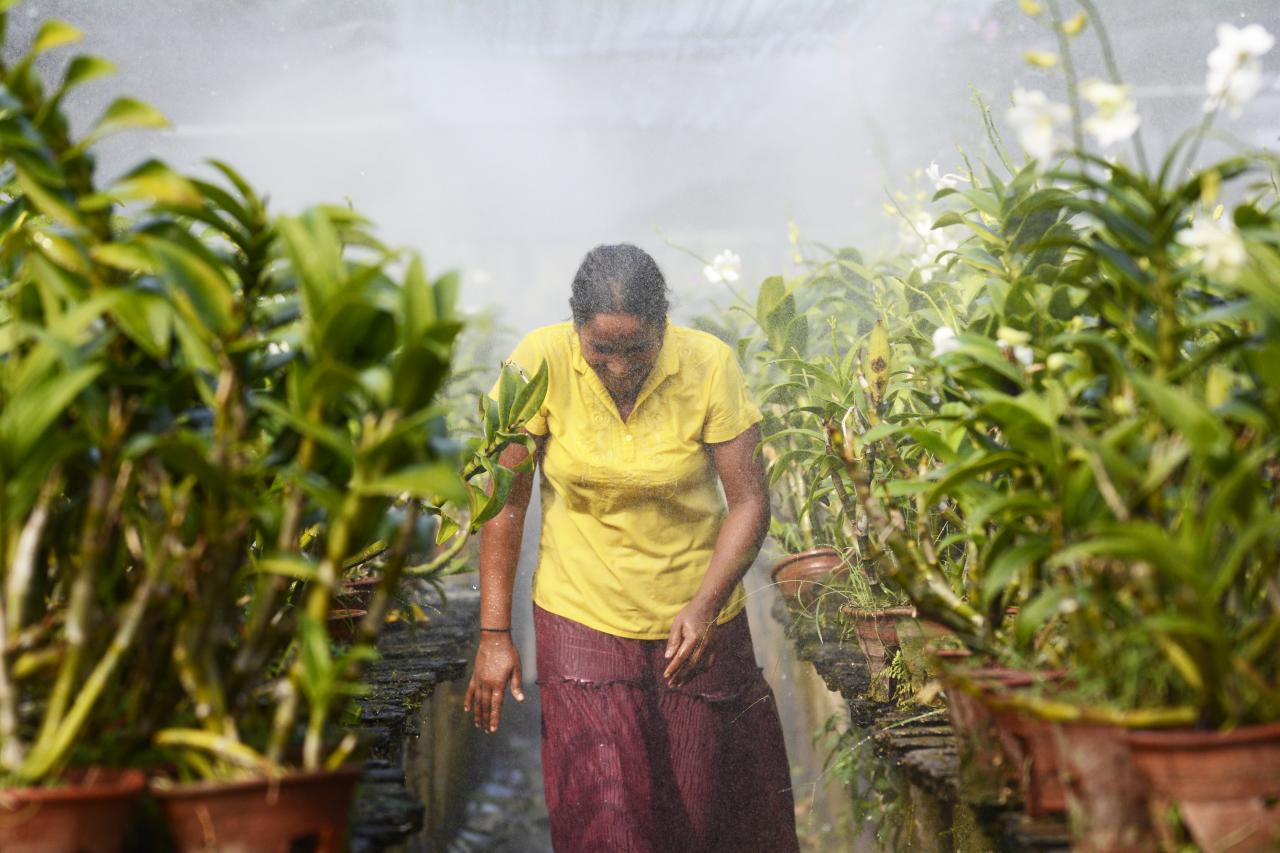 The peak season for cut flowers is upon us. Every year, from Valentine’s Day to Mother’s Day, the world purchases blooms for anniversaries, graduations, Spring weddings and other celebrations, amounting to a whopping $18bn USD global industry. In 2019, sales were expected to grow at a rate of 6.3% until 2024. However, on March 13, 2020, the market crashed at the Royal Floral Holland auction house, which exports and imports 40% of the world’s cut flowers.

As the West slowly eases sanitary restrictions, flower sales and production are back up. While there were flower shortages this Valentine’s Day, growers are optimistic. The virus has also provided an opportunity to rework the model of this incredibly fragile supply chain which thus far has relied on fast air transport, florists (and in-person shopping) and massive fields employing thousands of workers.

The Life Cycle of a Cut Flower

The most important grower in the world is the Netherlands which produces 49% of all cut flowers on the market. The Netherlands’ obsession with flowers dates back to several centuries, most readers will be familiar with the Tulip bubble (or Tulpenmanie) of the seventeenth-century. While the tulip is not native to the Netherlands, botanists introduced the species and early capitalists saw a business opportunity unique in Europe at the time. The next biggest players, who are all steadily increasing their shares, are Columbia (15%), Ecuador (9%) and Kenya (8%). The growing influence of developing countries in the flower market is no accident. Indeed, following the oil shock of the 1970s, it became much more expensive to heat greenhouses most of which were in Northern Europe. Therefore, countries around the equator had a competitive advantage as they benefited from constant sun exposure and warmer climates. Another key edge was the cheaper cost of labor. Nowadays, Kenya produces a third of all roses sold in the European Union, its second largest export after tea which now represents 1% of the country’s GDP.

The life cycle of a rose remains very similar regardless of where it is grown in the Global South. It is the result of a well-crafted supply chain that has been perfected over the past decades. In Colombia, the roses are grown in greenhouses where they are also cut, bundled and dehydrated for 24 hours. The latter step helps prepare the roses for the next 72 hours. Afterwards, the bundles are put on refrigerated trucks which travel to the Bogotá El Dorado International Airport. They are then flown to Miami International Airport and then put on lorries or other planes to be delivered across the United States. Across the world, entire airport hangars are dedicated to flower storage. The whole process takes only four days, from the time of being cut to when they arrive in the hands of customers.

This well-tinkered supply chain is highly dependent on air travel. Indeed, during peak season, 30 to 35 planes land in Miami from Bogotá every day to meet American demand. Moreover, time is of the essence: with every day spent travelling, flowers lose 15% of their value. However, with COVID-19, there were several chinks in the chain. Nearly all passenger flights (which usually carry the flowers) were halted, and those still running prioritized medical equipment. This created several issues, not only did companies waste several hundreds of thousands of roses, but it also cost them a lot more to ship them out on those few remaining flights. Prices for shipping jumped from 1.90$ to 3$ per kilo on flights between Europe and Nairobi.

This significant uptick in prices affected small growers much more than big companies. Larger growers already had permanent contracts with logistics providers to deal with flower exportation. Therefore, they had dibs on the spots on flights, leaving the smaller contenders vying for a few expansive remaining slots. Additionally, the chain is also dependent on flower shops and grocery stores being open to the public, which was not the case in several countries. Before the pandemic, few florists had an online system for delivery, now the practice is more widespread thankfully for growers.

Many scholars have also used the crisis to comment on the sustainability of the model in terms of environmental impacts, with air transport being extremely polluting. However, as the Fair trade Foundation notes, even if you account for air travel, growing roses in Kenya and shipping them to Europe produces 5.5 times less greenhouse gas emissions than raising them in the Netherlands due to the massive amount of extra energy needed to power the gardens, especially in winter.

COVID-19 has also had dangerous impacts on greenhouse workers. Indeed, the Fair trade Foundation has called it a “humanitarian crisis.” As exports dropped by 85% in Kenya, 50,000 people, mostly unskilled women, lost their jobs. The ripple effect along the supply chain and kin relations also meant that 2 million people’s livelihood in Kenya alone was affected. There was a similar situation in Uganda.

As greenhouses open again, workers are going back to work, but in the same dismal conditions. Indeed, workers in Columbia are on their feet for sixteen-hour shifts for only $300 USD per month. Additionally, since flowers are not considered edible, companies do not have to follow international guidelines for the use of pesticides, fungicides and other chemicals. As a result, many workers suffer from respiratory illnesses, rashes and eye infections. With often no health insurance plans, problems go untreated.

The cut flower market is an example of an industry shaped by globalization. However, COVID-19 offers the unique opportunity to improve conditions for workers while also reworking the supply chain to prevent it from breaking once more. Whether or not governments will follow suit is unclear thus far.

Photo by Neil Palmer and obtained via Flickr Creative Commons under a CC BY 2.0 license.