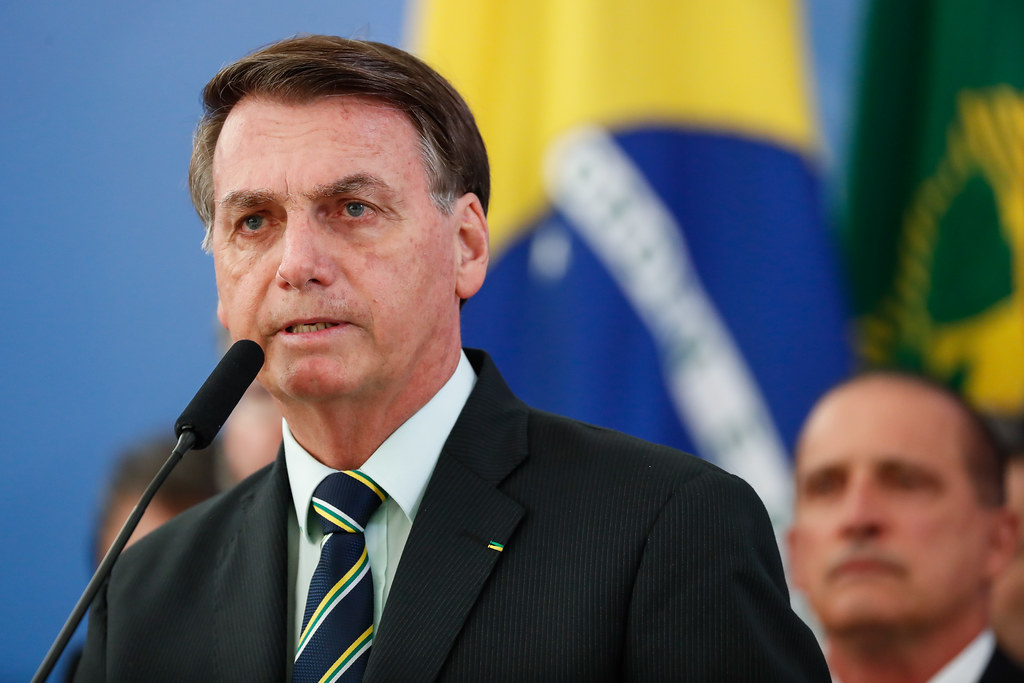 As the eyes of the world are focused on the devastating toll of the COVID-19 pandemic, which has tragically taken approximately 250,000 lives in Brazil, Brazil’s President Jair Bolsonaro has quietly moved to, once again, loosen gun control regulations in the country. Passed by presidential decree, the new regulations have relaxed the standards of background checks for firearm purchases, making it easier for Brazilians to acquire guns. The decrees have also raised the number of guns ordinary citizens may own to six, allowing for a higher concentration of weapons in the hands of the population. Brazil has one of the world’s highest rates of gun-related deaths, sparking concerns that, in pursuing the deregulation of firearms, Bolsonaro has set in motion a process that could take even more lives.

The president’s latest acts to loosen gun control are a continuation of his consistent efforts to promote gun ownership in Brazil. In 2019, Bolsonaro had to back down from his attempts at making it legal for all citizens to carry a gun as this was considered unconstitutional, but he succeeded in making the purchase of firearms much easier and increasing the limits on the acquisition of ammunition from 50 to 5,000 cartridges.

Deregulation efforts have not come as a surprise to his supporters — Bolsonaro campaigned on the promise to loosen gun control. He defended the intention behind his multiple executive orders in a ministerial meeting in May 2020, stating that he wanted “everyone armed” in order to prevent a dictatorship. Bolsonaro took his statements one step further, suggesting that, if he was a civilian who had a mayor that abused lockdown restrictions during the pandemic, he would want to be armed and take to the streets.

The president is not alone in his push for the deregulation of firearms. The concept of having a right to gun ownership for self-defense and to protect one’s property has been popularized in Brazil, in part, by decades of NRA support for the lobby of the firearm industry in Brazil. Bolsonaro has strategically magnified this rhetoric despite the fact that, unlike in the United States, firearm ownership is not a constitutional right.

In particular, the actions of the current administration appeal to some Brazilians who are frustrated with the perceived failures of gun control legislation passed in 2003. Then, a sweeping set of laws implemented a rigorous application process for gun ownership, which prohibited the carrying of guns for all except security forces, and imposed harsh penalties for any failure to comply which could include years in prison. Even so, violent crime in Brazil continues to terrorize citizens, putting the effectiveness of the restrictive legislation into question.

Indeed, drug trafficking cartels have continued to bypass gun regulations, smuggling weapons across the country’s borders and openly carrying rifles. After all, historically, gun control legislation has been selectively and ineffectively implemented, particularly in districts where cartels have more control over areas than the local law enforcement.

Despite mixed public sentiment, studies have shown that the strong gun control legislation of 2003 did result in a reduction of gun-related crimes. The most conservative estimates show a decrease of 12.2 per cent in gun-related homicides one year after the enactment of the law, a remarkable figure as non-gun related homicides saw no effect. Researchers believe that effects might have become more pronounced if more time had passed before Bolsonaro reversed these restrictions, as there is a delay between the passing of the law and the reduction of guns in circulation.

Despite ongoing efforts against gun regulations, the majority of Brazilians support strong gun control — it is estimated that 66 percent of the population opposes gun ownership. The majority of those who have moved to purchase guns under the eased regulations appear to be wealthy men from the South of the country and do not represent an accurate sample of the population.

Notably, a study by the Datafolha polling institute found that 78 per cent of Brazilian women rejected the loosening regulations. While Bolsonaro’s ‘tough on crime’ stance has received considerable support from some women who are concerned about crime and their personal safety, gun-related femicides and instances of domestic violence are an important security concern in Brazil. The country registered over 1,310 femicides in 2019, an increase of 12 per cent from the previous year. It is estimated that half of all murders of women are gun-related homicides.

Leticia Aguiar, state deputy of São Paulo and staunch Bolsonaro supporter, argued that women have been the victims of Brazil’s previous restrictions on firearms. However, her statement that carrying guns will protect women from assault and violence has not been supported by research. Rather, studies find that the number of femicides that occur both in the home and by firearms have increased in the past five years in Brazil. As perpetrators of domestic violence typically reach for the most accessible weapon during an assault, it appears likely that femicide rates will continue to escalate as guns fill Brazilian homes and instances of domestic violence turn lethal.

The relaxation of gun control has already produced a spike in gun ownership, with 180,000 new guns being registered in 2020 in Brazil, a 91 percent increase from the previous year. Importantly, an acclaimed study by IPEA has predicted that a one percent increase in weapons in circulation in Brazil will lead to a two percent increase in homicides. Even so, the real effect of this dramatic relaxation of gun control in Brazil will likely only be observable in the coming years, as the influx of easily obtainable guns seeps into households and communities. One may assume that the government of a nation devastated by a pandemic would have a vested interest in protecting the lives of its citizens, but the evidence points to an ongoing increase in gun-related violence as a result of the deregulation of firearms under Bolsonaro.

Photo by Palácio do Planalto and obtained via Creative Commons under a CC BY-NC 1.0 license.