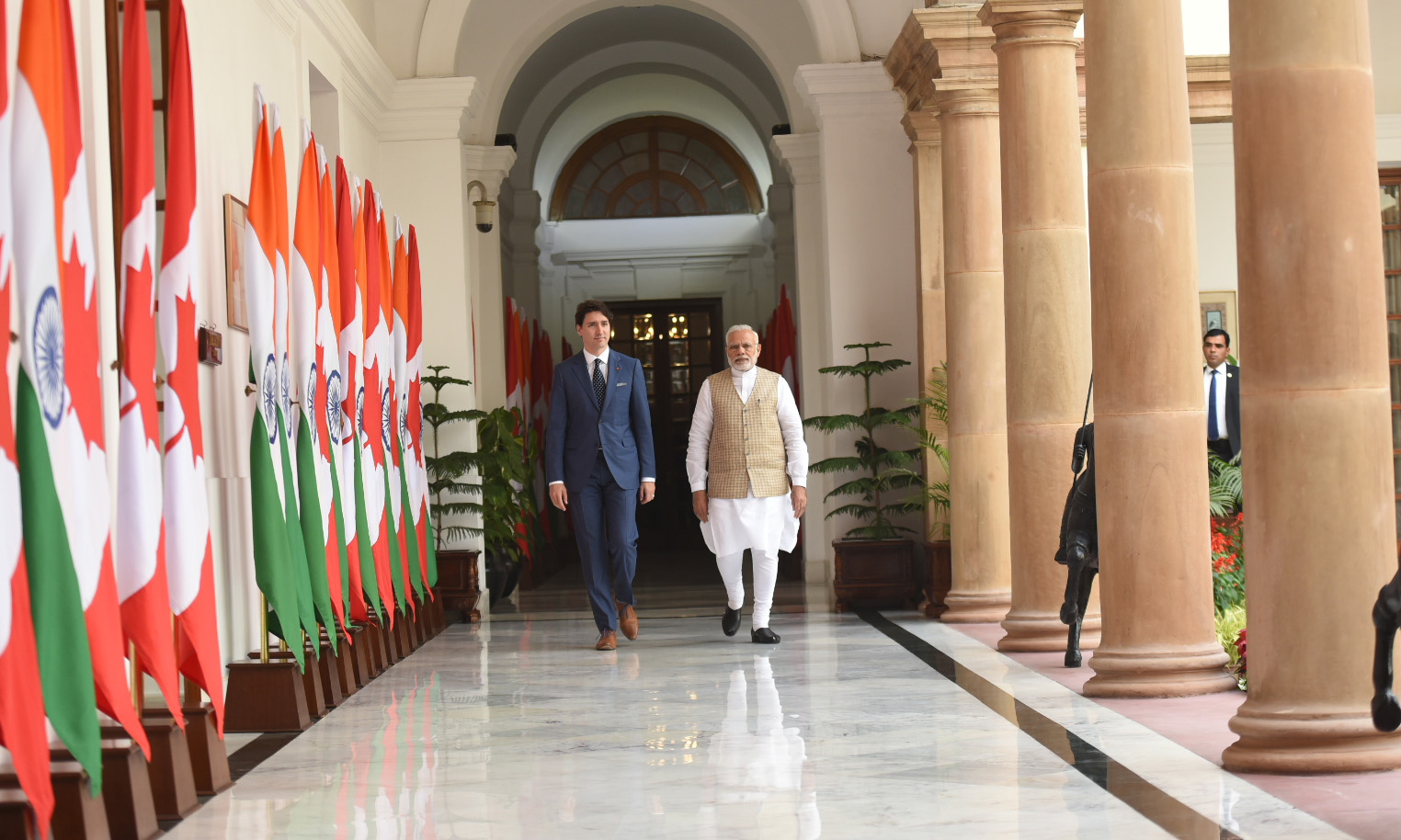 In recent years, India has become an increasingly crucial market priority for Canada in terms of trade and investment. The two countries’ expanding bilateral economic relationship is one based on shared development ambitions in the areas of urban and transportation infrastructure, education, agriculture, and technology; as well as a strong social relationship rooted in democracy. As India is one of the world’s fastest growing economies and Canada seeks to diversify its economic ties beyond the United States and Europe, India has become an attractive trade partner for Canada. But the balance of enthusiasm toward establishing a free-trade agreement appears to be uneven with Canada’s passion for success not equally shared by India.

Renewed public interest in pursuing free-trade with India led to the negotiation of the Canada-India Foreign Investment Promotion and Protection Agreement (FIPA), which came to a close in 2007. However, the deal was never signed. Again in 2010, the Canadian Government launched the Canada-India Comprehensive Economic Partnership Agreement (CEPA) to discuss increased access to Indian markets, but this also did not result in a signed agreement. The two most recent attempts to improve trade relations took place in 2012 and 2017 by Prime Ministers Harper and Trudeau, respectively, and both ultimately failed to secure a signed deal. Negotiations have since been considered “ongoing,” but may be better described as stagnant.

Despite the great economic uncertainty caused by the ongoing COVID-19 pandemic, merchandise trading between the two countries has increased substantially, by 24 per cent, making India Canada’s ninth largest export market and tenth largest trading partner overall. India’s top exports to Canada include iron and steel, machinery, pharmaceuticals, and chemicals. This indicates a clear complementary disposition of the relationship between Canada and India. This relationship is also expected to deepen as India promises to supply Canada with vaccines against COVID-19.

Nevertheless, the securement of a Canada-India free-trade agreement has not yet been achieved despite mutually beneficial economic growth and ten rounds of negotiations. In this regard, both countries have yet to tap into the large economic potential that would follow the establishment of a trade deal. Why is Canada still unable to officially secure trade with the South Asian giant?

Challenges to the establishment of a trade deal with India may have been exacerbated by Canada’s Liberal Government under Prime Minister Justin Trudeau, as Canada stands in support of ongoing protests in India by farmers against three bills passed by the Indian majority government in September 2020.

“Canada will always stand for the rights of peaceful protests anywhere in the world and we are pleased to see moves towards de-escalation and dialogue,” said Trudeau about the ongoing protests and angering the Indian government.

Trudeau’s comments are viewed by Indian officials as too far-reaching an interference into Indian internal affairs.

While Canada has been attempting for years to deepen its trade relationship with India, Trudeau’s comments are consistent with a pattern wherein the government prioritizes making the Liberal party’s values known, perhaps at the expense of a diplomatic strategy that could be more successful at securing a trade deal.

In addition to Trudeau’s potential shortcomings, another current challenge to brokering a trade deal is that Jagmeet Singh is the leader of Canada’s New Democratic Party (NDP). This is potentially problematic to negotiations because Singh has been critical of India’s treatment of Sikh people in New Delhi and particularly of the 1984 riots, referring to the killings as a genocide. Following these comments, Singh has been the first Canadian elected official to be denied a visa to India. Singh, along with Trudeau, has been accused of supporting the Sikh separatist movement in India. However, Trudeau was quick to shut these accusations down.

Since Trudeau’s election in 2015, Indo-Canadian relations have been increasingly uncertain as there is a perceived pattern by the Indian government that Canada interferes with Indian sovereignty.

While there is a clear mutual benefit for both Canada and India alike to establish free-trade, India’s hesitancy is linked also to the fact that Canada is a relatively less significant potential trading partner to India in comparison to other countries. In 2017, Indian exports to Canada stood at 2 billion USD, falling short of both the United States and Mexico. While establishing trade offers profit, Canada is not India’s only prospect. This means that in these negotiations, the Indian Government under Prime Minister Narendra Modi holds the lion’s share of bargaining power. However, there may be an increased push to a settled agreement on the Indian side of negotiations given the rise in merchandise trade corresponding to COVID-19.

Nevertheless, Canada cannot afford to ignore the reality that establishing trade with India is crucial in the international arena as it enters a post-COVID-19 world. This is because emerging economies, referring to non-Western emerging markets that are displaying high growth rates, will outpace developed economies of the West. Improving Canada-India economic relations will require long-term and sustained efforts by incoming politicians and policymakers. And based on the current state of the standing relationship, improvement best follow after Trudeau leaves office.

Featured image by the Press Information Bureau on behalf of Prime Minister’s Office, Government of India, and was obtained via Wikimedia Commons under a Government Open Data License – India (GODL).