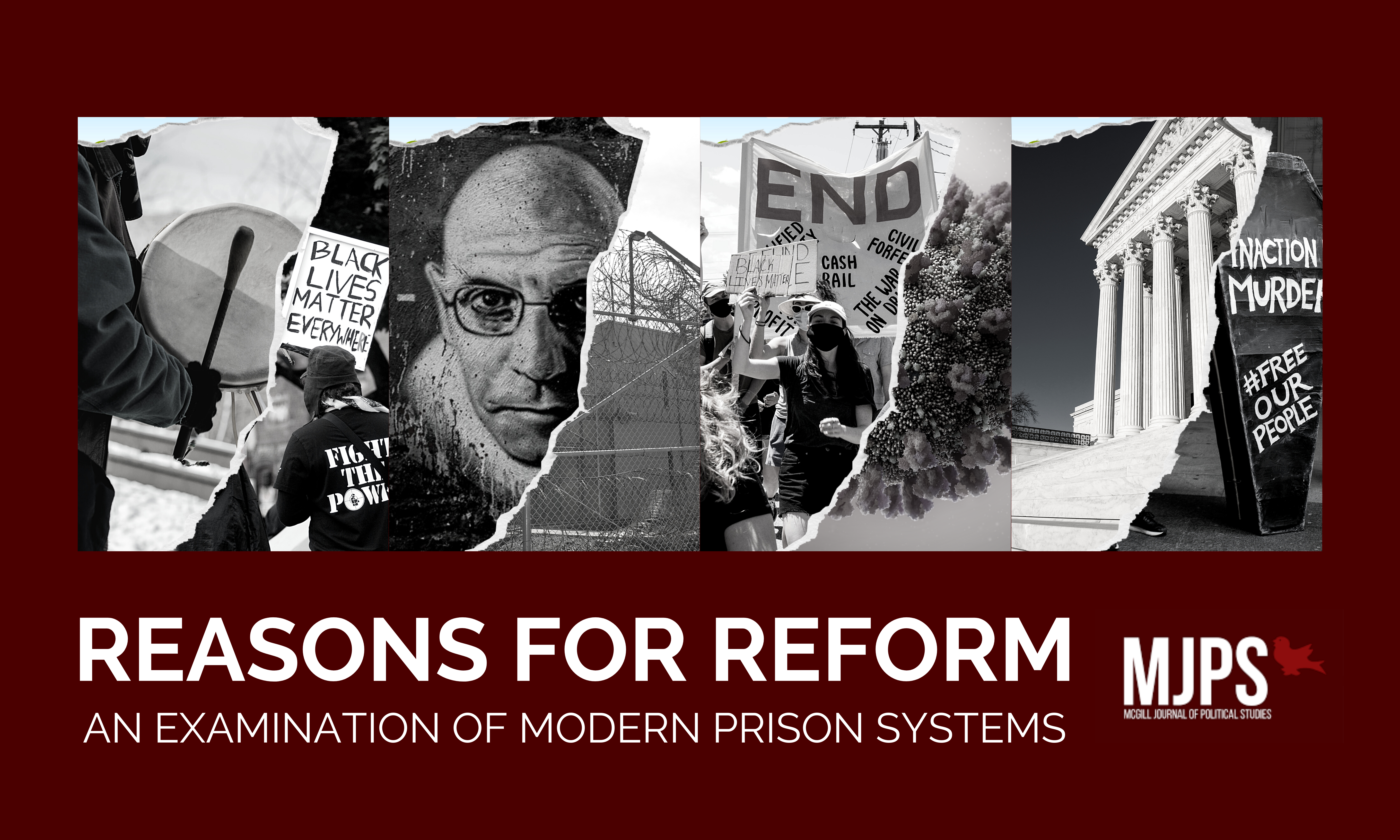 Incarceration has overwhelmingly become the most popular method of criminal punishment across the globe and is now one of the defining features of criminal justice systems. Within many countries, there is considerable opposition and criticism of how these systems operate, most notably within the United States. While many of these critics would be content to institute reforms regarding how incarceration operates, others call for their abolition altogether. Individuals supporting this goal are also known as prison abolitionists.

In general, prison reformists and prison abolitionists share the understanding that punitive systems of incarceration are ineffective. While previously, incarceration was originally thought to be rehabilitative in and of itself, by providing prisoners with time for reflection and opportunities for penance, this position is increasingly at odds with emerging evidence. Rates of recidivism, that is, the rate at which individuals who spent a term in prison are later reconvicted or re-imprisoned, is extremely high in most countries. Within the American federal prison system, up to 60 per cent of released convicts are reconvicted within 2 years.

However, reformists and abolitionists differ in the way they interpret these problems. To prison reformers, high recidivism suggests the specific form of incarceration being used is ineffective at rehabilitating convicts. In contrast, prison abolitionists view recidivism as suggesting that any carceral system is problematic. In other words, no prison will rehabilitate convicts effectively. Rather than protecting social well-being, they argue carceral systems only enforce systems of oppression.

Indeed, in the American context and many others, carceral systems disproportionately impact marginalized communities. In American prisons as recently as 2017, Black Americans represented just 12 per cent of the U.S. adult population but 33 per cent of the prison population. In fact, many prominent abolitionists view incarceration and other features of the criminal justice system, such as policing, as directly linked to chattel slavery. Professor Dorothy E. Roberts, director of the Penn Program on Race, Science and Society at the University of Pennsylvania, argues that “After Emancipation, criminal control functioned as a means of legally restricting the freedoms of black people and preserving whites’ dominant status. Through these institutions, law enforcement continued to implement the logic of slavery — which regarded black people as inherently enslaveable with no claim to legal rights — to keep them in their place in the racial capitalist hierarchy.”

Given the entrenchment of carceral systems within these violent histories, abolitionists argue that they are beyond fixing. Reform, as they argue, would only reinforce the oppressive structures that depend on incarceration. As such, while the measures proposed by reform movements are typically limited in scope to prisons, such as expanding convicts’ access to vocational skills training, treatment for psychological disorders, and opportunities for self-improvement, abolitionists seek to fundamentally transform not only the justice system but society as a whole.

As explained by Professor Roberts, abolition theory is both deconstructive and constructive. While it asserts the need for the dismantling of the current system through the defunding of police forces, the elimination of mandatory minimums even for violent crimes, and the closing of prisons, they simultaneously advocate for the construction of a new system in which incarceration would no longer be required. Criminal behaviour, she argues, is primarily the result of vast inequalities created by a racial capitalist system. For example, she argues that property crimes are overwhelmingly the result of inequalities created by economic marginalization. Along with several other prominent abolitionists, such as Viola Davis and Professor Ruth Wilson Gilmore, she reasons that under a communist or socialist system of redistribution, the incentive to commit these crimes would cease to exist.

Given these preconditions, prison abolition would not only require significant social changes but also changes to the way we view criminality. Since it advocates the elimination of prisons as well as other forms of coercive punishment entirely, abolitionism infers that these methods are not required to guarantee the safety of individuals from crime or violence. Considering statistics on the nature of these crimes, this claim is contestable.

While addressing the social causes of crime may eliminate incentives for many non-violent crimes, violent crimes continue to represent a large portion of prison populations in the United States. For example, while the majority of those who are incarcerated are those convicted of property or drug crimes, 42 per cent of those incarcerated in state prisons are those convicted of murder, sexual assault, or other violent crimes. There is significant evidence to suggest that poverty alone does not explain the motivations for many of these crimes and that many who commit them are likely non-rehabilitatable.

For example, one study suggests that as many as 35 per cent of incarcerated individuals qualify for a diagnosis of Antisocial Personality Disorder. Defined by a persistent disregard for the rights of others, it is distinct from but highly related to psychopathy. Rates of recidivism for these individuals are considerably higher than for the general prison population, and the condition is not considered to be treatable in most cases. Given these statistics, it is arguable that even if some of these individuals can be successfully rehabilitated, there will always remain a proportion of criminal offenders who cannot safely be reintegrated into general society, thereby necessitating the continued use of coercive punishments like incarceration. Considering this example, prison reform, rather than prison abolition, may better suit these needs for protection.

Despite the obstacles to its implementation, abolitionist theory raises an important point: Rather than limiting the scope to prisons, addressing the social causes of crime is crucial to decreasing the overall crime rate. By incorporating this aspect into prison reform, governments minimize the use of prisons to the greatest extent possible. In doing so, this strategy would acknowledge that making the carceral system more just requires more than improving the quality of life and chance at rehabilitation for those already incarcerated. In addition to this goal, it also requires preventing the conditions which lead to incarceration in the first place. While abolitionism remains ostensibly opposed to prison reform, its major intellectual contribution may ironically be to provide prison reform movements with a more holistic theoretical basis. This approach emphasizes the removal of systemic inequalities while validating the need for safety.