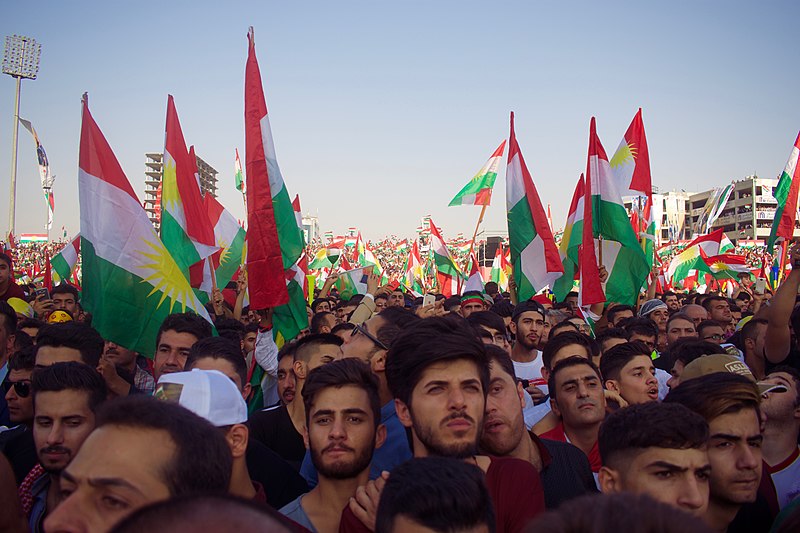 At the heart of the matter is the city of Kirkuk, Iraq, a city known for its multi-ethnic heritage of Kurds, Turkmens, Arabs, and Assyrians. The Iraqi state and the Kurds have clashed over control of the Kirkuk territory since 1927, when oil was discovered in the province. A history of repression towards the Kurds by the Baghdad government and a lack of diplomacy on both sides has meant that the Kirkuk Referendum of 2007, a proposed plebiscite to make Kirkuk part of the Iraqi Kurdistan region, has yet to happen. Almost 14 years later, cooperation between the Kurdish Regional Government (KRG) and the federal government to bring this referendum back on the table is much needed in a region fraught with war and political disorder.

Kirkuk, a Story of Forced Assimilation

The Kurdish region is an autonomous region in northern Iraq that consists of the Kurdish governorates of Sulaymaniyah, Erbil, Halabja, and Dohuk, with Kirkuk being the region’s capital city. With the discovery of oil in the 1920s, the Ottoman Empire at this time made sure that the city was included in the Iraqi state.

Under the leadership of the Ba’ath party from 1968 up to 2003, the Iraqi government pursued Arabisation in the Kurdish region of northern Iraq. This policy created massive demographic changes in Kirkuk, the city shifting from a multicultural one to a majority Arab population.

After the Ba’ath regime crumbled in 2003, the question of Kurdish sovereignty was central as Iraq crafted its 2004-05 interim constitution. According to the 2005 Constitution, the resolution of the question of Kirkuk’s integration into the Kurdish semi-autonomous government was meant to take place on December 31, 2007, but the Iraqi government has yet to go forward with the plebiscite. Further, in the years past this deadline, the possibility of Kirkuk’s integration remains under attack by Iraqi government officials.

The Abandoned Amendments of the Iraqi Constitution: Article 58 and 140

The transitional Baghdad government of ‘04-05 had the chance to solve this conflict through Article 58 of the interim constitution. This article gave the Iraqi government the opportunity to atone for the injustices caused during the period of Arabisation where Kurds were deported from their land of origin, by allowing Kurds to return to their homes and property. Article 58 was later replaced by Article 140, which stated that the executive branch of the government would also hold a referendum on making Kirkuk Kurdish. Baghdad only followed through on the first promise of returning the Kurds to their original land, but has not allowed the referendum to take place.

The Iraqi Shiite political elites who are the dominant controlling force of the state have made the Iraqi public believe that the Kurds pose a great threat to the state and have used this discourse for their own political gain. Iraqi politicians have emphasized the importance of unity and a strong central government as reasons to not implement Article 140, with the Deputy Prime Minister of Iraq, Saleh Al-Mutlaq saying in an interview that “[he] was still against the implementation of Article 140.” Due to the large oil fields in Kirkuk, a referendum poses an economic threat to the Iraqi state. In order to win parliamentary elections, Iraqi politicians have advocated for platforms to oppress the Kurds and deny their sovereignty.

Ten years after the deadline for the Kirkuk Referendum had passed, on September 25, 2017, the KRG held an independence referendum in Iraq’s Kurdistan region, with 92.73 per cent voting for independence. However, the vote was not well received with Baghdad, where the government imposed punitive measures such as international flight bans to Kurdish airports and military operations to retake Kurdish areas. The Kurds held this referendum because of the Iraqi government’s failure to implement Article 140. In 2017, the KRG released a report which presented the constitutional violations of Baghdad since 2005, with the failure to enact Article 140 as the paramount issue to address.

With that, on October 16, 2017, the Iraqi military pushed out the Kurdish Peshmerga forces out of Kirkuk, with Kurds having little political authority in the city since then.

Because the Iraqi government has taken over political authority in Kirkuk, the Kurdish Minister of the Region for Negotiations with Baghdad, Khalid Shwani, has accused the acting governor of Kirkuk Raman Al-Jabouri of reviving Arabization in Kirkuk. Shwani had also pointed out that since 2017 when the Iraqi military took over, 61 Kurdish officials had been removed, with a clear demographic change going on in Kirkuk. Shwani has said that implementing Article 140 of Iraq’s 2005 constitution could be the solution to the disputes between the two governments, emphasizing the KRG’s commitment to reviving Article 140.

Article 140 would ensure that the fate of the disputed territories between Baghdad and the Kurdish administrative capital of Erbil would be settled through a democratically held referendum, allowing the people to decide whether or not they want to be governed by the KRG or the Iraqi federal government. Although the deadline for this referendum was in 2007, this does not mean that it cannot take place.

The fate of Kurdish autonomy in Iraq lies with the hopes of the Iraqi government agreeing to a referendum. Progress has been made at the judicial level, where the Iraqi Supreme Federal Court in 2019 stated that “the goal of placing and legislating Article 140 of the constitution remains mandatory.” There is hope in the near future that Kurds will be able to retake Kirkuk, known to them as the “heart” or “Jerusalem” of Kurdistan, and restore its status as the vibrant, multiethnic city it once was.

Featured image by Levi Clancy and obtained via Wikimedia Commons under a CC BY-SA 2.0 license.