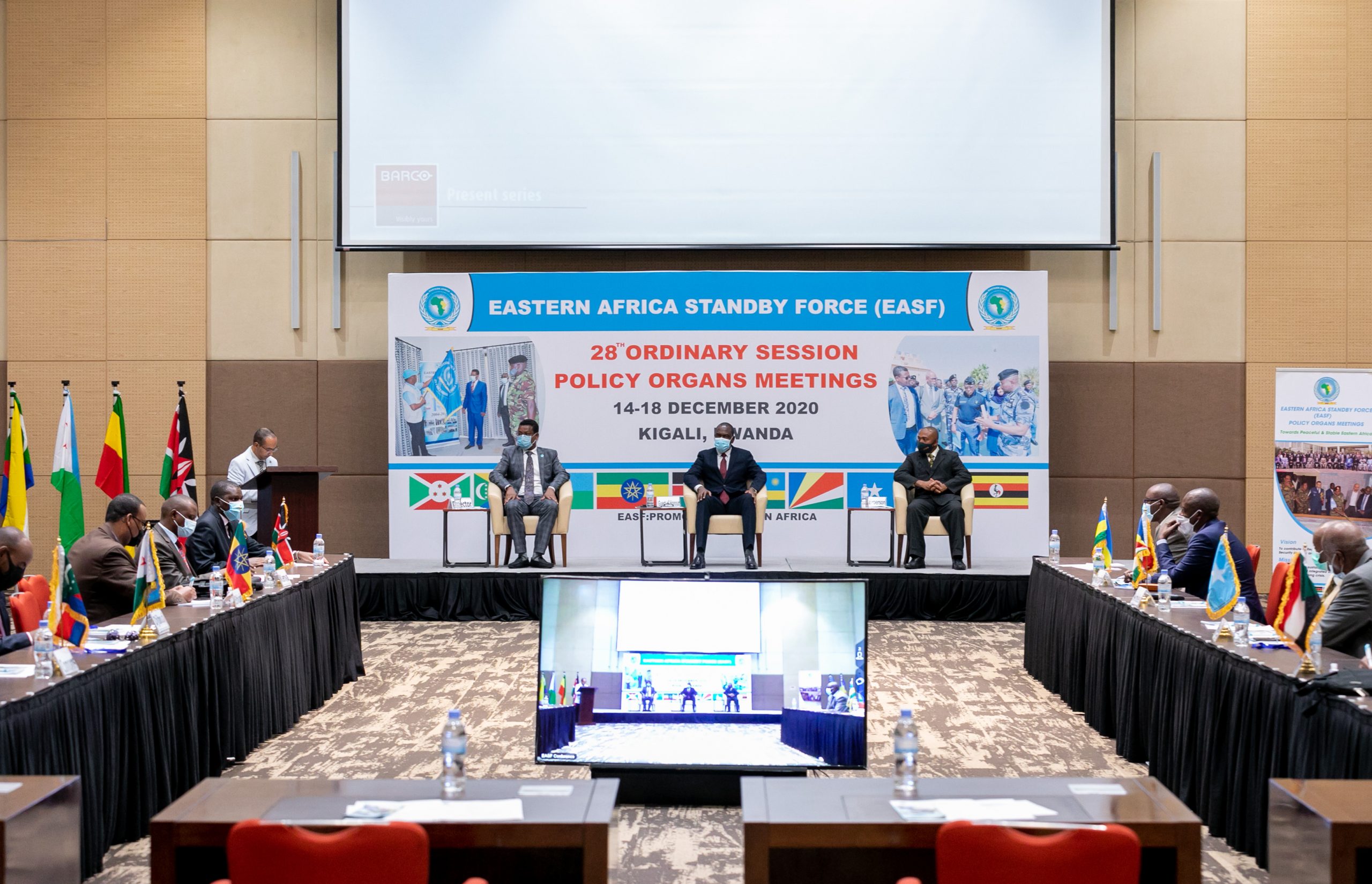 After months of escalating tensions, the Ethiopian federal government declared war on its northern region of Tigray in November 2020. This crisis is already an unfolding disaster that has the capacity to destabilize the entire Horn of Africa region. The failure of the EASF to prevent the outbreak of conflict reflects an existential challenge to the EASF’s legitimacy in its ability to prevent disasters with transborder implications.

The most powerful political party in Tigray, one of ten ethnically-based, semi-autonomous federal states, the Tigray People’s Liberation Front (TPLF) de facto controlled the government, army, and secret service for three decades after the 1991 fall of the Mengistu government.  In this position, the TPLF allegedly allocated a disproportionate amount of resources to itself and the Tigray region.

The escalation of tensions began when PM Abiy Ahmed, citing COVID-19 precautions, refused to hold the national elections that were slated to occur in August 2020,  instead approving a Parliament bill that postponed elections until June 2021 and extended his mandate. The TPLF perceived this to be an undemocratic action from a collapsing government. Defying Addis Ababa, the TPLF held elections in Tigray, the northernmost region of Ethiopia. Unwilling to recognize the results of these elections, Abiy argued that not everyone could vote because of COVID-19, which therefore rendered the election results illegitimate. Responding to Addis Ababa’s policy of non-recognition, Tigray declared that Abiy’s administration was no longer lawful. The federal government then slashed funding to the region, which the TPLF decried as “tantamount to an act of war.”

Tensions were already increasing when TPLF actors attacked an Ethiopian National Defense Force (ENDF) Northern Command military base in Tigray on Nov. 4, 2020. Although both groups were already preparing for military confrontation, this constituted an immediate trigger for the conflict. The federal government declared a six-month state of emergency to establish “law and order” in the region. After sending troops into Tigray and cutting internet access as well as phone lines to the entire region, Abiy declared “victory” in late November 2020, only to later announce a “manhunt” to capture the top twelve TPLF leaders. Thus, the conflict continues.

The TPLF believes this conflict to be an act of retaliation for its decision to hold region-wide elections. The TPLF also alleges that the ENDF, aided by the Amhara Special Forces and Eritrean troops is engaging in widespread human rights violations. The lack of internet has meant that the flow of information out of Tigray is extremely limited and that misinformation abounds.

What is the EASF?

The Eastern Africa Standby Force (EASF) was created as part of the 2002 African Peace and Security Architecture (APSA) as a subdivision of the African Standby Force (ASF.) Intended  to encompass the entire Eastern African region, the EASF is one of the five regional rapid-response units composed of civilian, military, and police contingents that acts under the supervision of the African Union. Currently, the EASF has ten active member states. Unlike other regions’ Standby Forces, there is no clear predominant regional power in Eastern Africa. As such, Kenya and Ethiopia vie for control over the EASF to use the institution to promote their respective national interests, which has undermined the development of the institution.

Analyzing the (lack of) an EASF Response

The EASF as a regional institution lacks the resources, authority, and political will to effectively deploy forces into the region to build peace. Both the TPLF and the ENDF are well-armed and well-trained: for a potential EASF deployment to be effective, a substantial and costly force would have to be committed to this peacekeeping operation – a difficult undertaking for an underfunded institution. Other institutions that have overlapping jurisdictions with the EASF, like IGAD, are advocating different responses to the conflict: Ethiopia dominates IGAD, and in this position, can use the body to support its role in the conflict. The existence of other institutions challenges the EASF’s authority to control the regional response to the conflict. Dilution of authority is highly damaging for prospects of an EASF deployment, which is already complicated by the nature of political contestation within the EASF.

A mandate to deploy the EASF can only come from the AU or a consensus decision by all member states. Because the EASF does not belong to a REC with a recognised PSC, EASF decision-making is largely dictated by the political stance of its members rather than its institutional rules. This has the effect of paralyzing potential regional security initiatives that might prevent the outbreak of conflict, protect civilians, and mitigate the consequences of violence. This phenomenon is exemplified by the EASF’s current lack of action in Ethiopia.

As Ethiopia is a dominant voice in the EASF, the Ethiopian government will not authorize conflict against itself; this makes the prospect of even eventual EASF deployment slim. The “law and order” operation, which PM Abiy Ahmed declared completed in November 2020, has not yet reached its basic objectives, and it is doubtful that it ever will. Because PM Abiy Ahmed hopes for the decimation of the TPLF and its leadership, this conflict will continue indefinitely or at least until a political settlement can be reached.

Already this conflict has had disastrous consequences for the region. Cross-border skirmishes have proliferated since the outbreak of conflict between the TPLF and the ENDF, particularly in the Amhara-Tigray and Sudan-Ethiopia border regions. Early reports point to widespread human rights violations and food insecurity.  The spill-over of refugees and armed militias into neighboring countries, coupled with the entrance of foreign forces into the conflict has led to an escalating crisis. By opting to pursue reactive interventionism, the EASF limits its peacebuilding capacity. As demonstrated by the events in Ethiopia, the political interests of member states’ heads of state dictate EASF decision-making, which in this situation, results in the political interests of the Ethiopian government prevailing at the expense of humanitarian considerations and regional stability. As conflicts with regional implications are often perpetuated by or actively engaged by the state, this does not bode well for the future of the EASF as a regional security institution.

Photo by The Rwanda Defence Force and obtained via Flickr under a CC BY-NC 1.0 license.