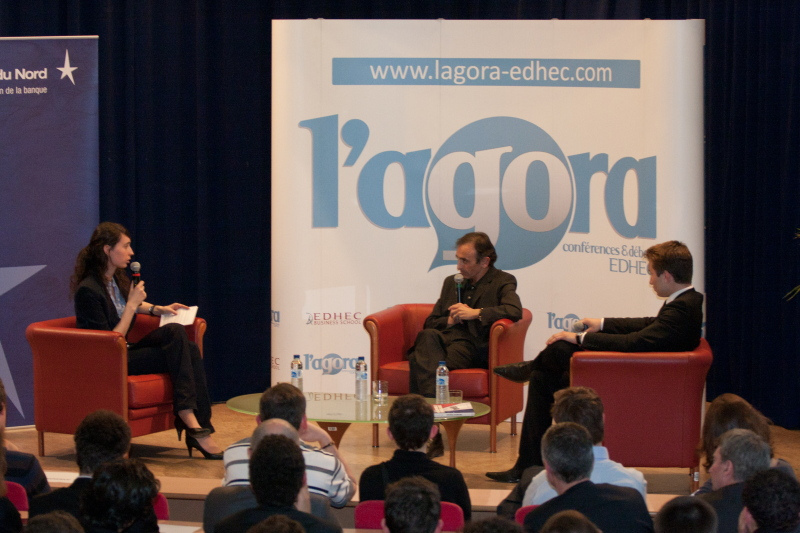 Though the first round of the French presidential elections doesn’t begin for another six months, polling has begun to trickle in, showing some very strange results. The last election was largely a race between Emmanuel Macron and Marine Le Pen, representing the centre and the far-right respectively. However, Éric Zemmour, a political journalist, has emerged as a frontrunner on the right this year, as Le Pen’s attempt to move more towards the centre appears to have backfired. She is hemorrhaging support as her voters move to Zemmour, who is now nearly third in the polls. The only problem is that he’s undecided as to whether he even wants to run.

In France, elections can have two rounds if no candidate wins an outright majority in the first vote. This was the case in the 2017 presidential election when the centrist Emmanuel Macron and right-wing Marine Le Pen faced off in the second round. Le Pen is and was the leader of the Rassemblement National (RN), then known as the Front National (FN), a far-right party that was previously led and founded by her father, Jean-Marie Le Pen. While Marine Le Pen has attempted to distance the party from both its past and her father, the RN’s toxic history is well known in France. Jean-Marie Le Pen, for example, has been previously fined for hate speech—more specifically, Holocaust denial. Other members of the party also participate in Holocaust denial. Marine Le Pen’s reforms have centered around removing these sorts of members from the party’s ranks, including expelling her father in 2015. In 2017, Le Pen won a third of the votes cast, showing that her attempts to clean up the party and move it more towards the centre were relatively successful.

In contrast to Le Pen’s family ties to the RN, Macron’s rise to prominence happened very quickly. He first hinted that he planned to run when he founded a small political party known as La République En Marche! (LREM) in 2016. However, the reason for his appeal was primarily due to the follies of one of his chief political opponents. During the election, it came out that François Fillon, a former Prime Minister of France and the candidate for the centre-right Les Républicains (LR), had paid his wife over a million dollars for work as a parliamentary aide: work that she had never done. This meant Macron, another centrist figure, was able to surge upwards in the polls due to a relatively close political alignment with Fillon. As Fillon urged his supporters to vote against Le Pen in the final round, Macron would end up winning two-thirds of the vote.

The Split in France’s Far Right

Since the previous election, Marine Le Pen has worked even harder to advance a more moderate image of herself and her party. One of the most significant examples of this is the rebranding of the Front National to the Rassemblement National, a clear attempt to separate the modern incarnation of the party from the excesses of the FN. These moves have not been without controversy. Only half of the RN supported the rebranding, and Jean-Marie Le Pen, who at this point had been expelled from the party for his controversial statements, condemned the move.

Zemmour, unlike Le Pen, has never tried to renovate his image. He became well known in 2014 for his book, “Le Suicide Francais”, which blames issues with modern France on various left-wing political changes that have taken place since the 70s. Birth control and abortion are listed as part of these negative changes in the text. He is also a radio and TV pundit, though he was suspended from his longest-running show, “Zemmour et Naulleau”, in September of this year. In his writings and media appearances, he espouses harder right-wing views than Le Pen. For example, he believes that immigration will be the death of France, especially if those potential migrants are Muslim. And he is doing very well in the polls, sitting at 13% vs Le Pen’s 17%.

Zemmour’s anti-Muslim, xenophobic rhetoric is not a political anomaly in France. In fact, it could be argued that his popularity is due to the long history of far-right intellectuals within the country. One notable example of this is the author Jean Raspail’s “Le Camp Des Saints”. The book is a dystopian work about immigrants from the Third World (particularly Arabs) overrunning France and Europe. That is not to say that this was written by some right-wing populist. Raspail was a respected author who won several awards. Likewise, the European New Right (ENR)—a far-right movement in the continent—emerged from a think-tank founded by the French far-right. Zemmour’s calls for deporting millions of migrants and banning “non-French” names such as Mohammed illustrates how he continues such a popular, anti-liberal legacy.

None of this answers the most important question: will Zemmour run for president in 2022? France’s media regulators have begun to class him as a politician rather than a journalist, which limits the amount of time he has on air. This was the impetus for his suspension from “Zemmour et Naulleau”. French voters also view him as a potential candidate, as polls of the potential second-round show him losing to Macron 45%-55%. This would be a substantial improvement over Le Pen’s performance in 2017. It appears Macron and Le Pen are taking notice, as both move towards the right on immigration policy in an attempt to cut off Zemmour’s surge. While the race isn’t necessarily wide open—polling seemed to overestimate the French far right’s chances in 2017—this represents an interesting start to the next six months of election drama.

Featured image by Lagora and obtained via Wikimedia Commons under a CC BY-SA license.