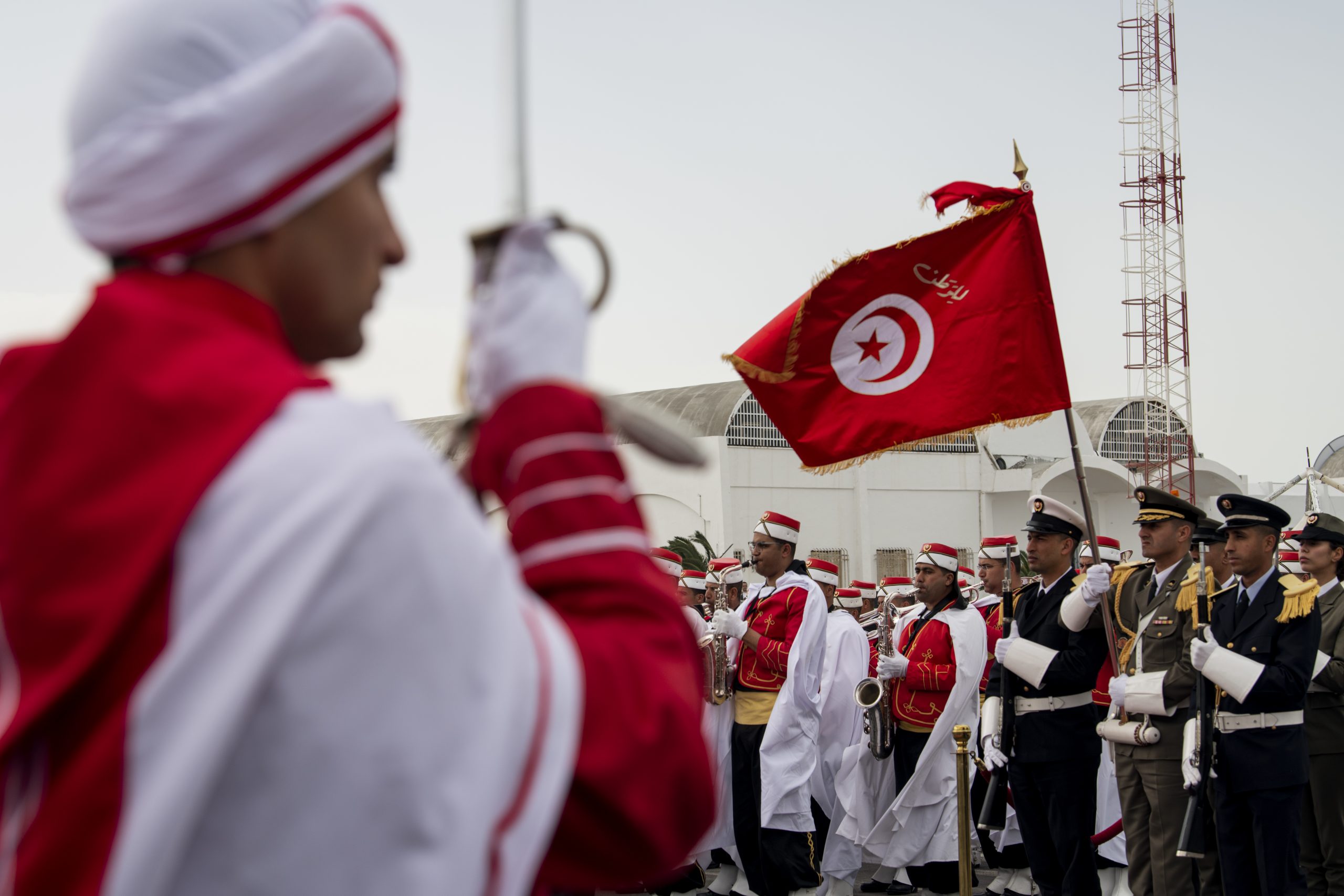 Ten years ago, mass protests pushed Tunisia’s longtime dictator Zein El Abedin Benali out of  power. This marked the start of what would become the Arab Spring, ushering in a new era of  democratization for Tunisia. Now, the fragile democracy that resulted from the Arab Spring seems to be endangered as authoritarianism looms upon the country. On the 26th of September, thousands rallied in the capital Tunis for the second time since the Tunisian president Kais Said seized executive power just two months previously. This summer saw Said sacking the prime minister, suspending the parliament, and deciding to rule by decree in what appeared to many Tunisians to be a coup.

Towards a monopoly of power:

Elected in 2019, Said’s lack of alignment with any backing party appealed to Tunisians from all walks of life. In particular, his contributions to the writing of the post-revolution constitution in 2014 and his promises to put an end to corruption within the government attracted supporters. He was presented as an alternative to Ennahdha, the moderate Islamic democratic party that has dominated the Tunisian parliament since the revolution.

As soon as Said became president, a power struggle emerged between him and the prime minister Hichem Mechichi.  Said expressed frustrations with the limited powers of the presidency, claiming that the existing constitution was constraining his ability to intervene to boost the economy of the country and address the new challenges posed by the pandemic. As Covid-19 cases spiked in January of 2021, many protesters took to the streets to denounce  Ennahdha’s failure to take actions to limit the outbreak of the pandemic and to provide an adequate medical system despite the party’s control of the parliament.

Profiting from the weakness of the Ennahdha party, Said suspended the parliament on the 25th of July. Deciding to rule by decree, he consolidated his powers, seemingly overriding the constitution that he himself wrote back in 2014. Formerly a constitutional law professor, President Said claims to have acted in accordance with Article 80 of Tunisia’s constitution, a clause that authorizes the president to claim exceptional powers for 30 days “in the event of imminent danger”. However, Article 80 also mandates that the prime minister and parliamentary speaker be consulted and that the parliament remain in “a state of continuous session throughout such a period” — not suspended as is the case now.

The one body that, according to Article 80, can end the term of Said’s exceptional powers is the constitutional court, which still does not exist. Although its creation was mandated by the 2014 constitution, Tunisia’s fractured political landscape has prevented parties from agreeing on its formation. Even though thousands took to the streets to state their resentment and refusal of Said’s  “constitutional coup”, the absence of an overarching institution that could stop his power grab makes Tunisia very vulnerable to sinking into authoritarianism again.

Where have we seen this before?

Said’s “coup”, as some Tunisians call it, is not unprecedented in the region. It bears striking similarities to the Egyptian military coup by General Sisi, now president of Egypt, that overthrew  the Muslim Brotherhood-backed president Mohamed Morsi in 2013. For all the two events have in common, the most unexpected similarity would be the level of support and popularity these two presidents have received after their coups.

In fact, as millions took up the Egyptian streets on the third of July 2013 to show support for Sisi after he had arrested Morsi, a remarkable 1.8 million Tunisians gathered in street rallies of support for Said’s suspension of the Ennahda-led parliament. Given that the Tunisian population is about 12 million, the supporters of Said’s decision surpassed his opponents. This was also the case in Egypt; Sisi’s supporters were far more numerous across the country than the Mulsim Brotherhood supporters “Ikhwan”, who were protesting in Rabia’a Al-Adawiya square.

Another similarity appears in the role played by security forces and how they acted as a pro-coup force for the first time in Tunisia. Tunisian military and security forces have been historically apolitical, not taking sides in the political arena. However, Said’s use of them to block entry to the suspended parliament marked the beginning of a shift towards the transformation of the armed forces into pro-regime actors, protecting and ensuring its survival. In Egypt, this kind of politicization of the army has been seen under president Sisi, who was the defense minister under Morsi and whose actual regime is backed up by the military and a strong security apparatus.

What is more, both countries share a popular rejection of democratically elected islamist governments. In Egypt, the Muslim Brotherhood president Morsi ironically refused to implement any democratic reform after his democratic election and, instead, granted himself the power to legislate without constitutional outsight. This, evidently, did not meet the expectations of Egyptians who were aspiring to democratize after the thirty-year authoritarian rule of Mubarak. In addition, Morsi introduced new legislation that would slowly drive Egypt to become a theocracy, while allowing numerous attacks on the rights of the coptic minority. All of this was enough for Egyptians to accept a return to a more secular military-dictatorship.

On the other hand, in Tunisia, the Ennahda refused to be referred to as Islamists, prefering “Muslim Democrats” as they claimed to be less conservative than the Muslim Brotherhood. However, their popularity started to decline after being accused many times by the opposition of having links with terrorist organizations and with the banned Muslim Brotherhood party, even facing allegations of receiving foreign funds.

The Ennahda position was put into further doubt when their leader, Ghannouchi, refused the parliamentary opposition’s requests of adding the Muslim Brotherhood to the country’s terror list. Moreover, Ghannochi failing to take any action against the Islamist member of parliament who slapped Abir Moussi, the leader of the opposition Free Constitutional Party on June 30, provoked outrage from Tunisians and added to their doubts on the radicalism of Ennahda. Consequently, Said suspended the parliament in July to, in his own words, “save the state of Tunisia”.

Return to the status-quo

This widespread public support for non-democratic governmental overhauls such as the coups in Egypt and Tunisia raises a paradox and doubts on the extent to which authoritarianism is embedded in the political traditions of the Arab world. Some may interpret this backtracking on the democratic progress that resulted from the Arab Spring revolutions just a decade ago as a sign that Arabs can not afford the costs of democratic transitions and they end up returning to what has been their “normal” for centuries — living under autocracies.

Maybe the problem does not lie with democratizing itself but rather with the Islamists, the Egyptian Muslim Brotherhood and the Tunisian Ennahda, who benefited from the power vacuum of the Arab Spring. These groups worked on winning the hearts and minds of Egyptians and Tunisians by advocating for a narrative that resonated well with the strong Muslim belief dominating both countries and thus they came to power with a will to do what suited their interests best not that of the people, under the pseudonym of democracy.

Tunisia’s “coup” can serve as a sobering reminder of the fragility of democracy in a nation with a limited democratic tradition. Democracy is not a final destination but is rather a continual, never-ending process that should be adapted and revised from time to time to avoid back-sliding.

Featured image by US Africa Command and obtained via Flickr under a CC BY 2.0 License