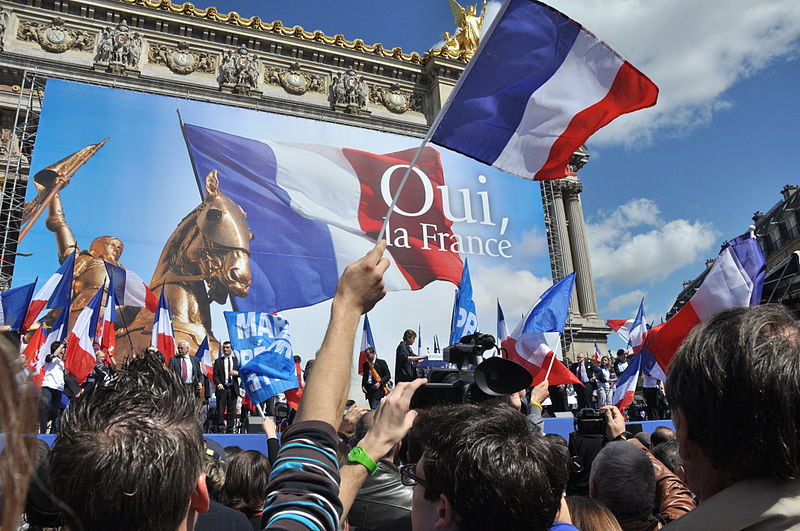 After months of speculation, it is finally official : Éric Zemmour will be a candidate for the 2022 presidential elections. On Tuesday November 30th, the far-right pundit announced his candidacy in a 10 minute-long YouTube video, which was viewed more than 2.6 million times over the course of three days. Over Beethoven’s 7th symphony, it presents images of France in the 1950s, interspersed with clips of violence in the “banlieues”, the country’s socially disenfranchised suburbs. “You feel like a foreigner in your own country”, Zemmour declares before announcing his vision to “save France”.

Zemmour’s choice to announce his candidacy on November 30th is not accidental, as France’s biggest right wing party, “Les Républicains” (LR), was set to hold its primary the next day.

As LR is one of Zemmour’s main political rivals, the timing of the announcement can be read as an attempt by the new candidate to destabilize an already fragile party. In fact, “Les Républicains” has experienced considerable internal turmoil since its defeat in the 2017 presidential elections as it lost significant support from its most liberal voter base to the current president Emmanuel Macron, while many of its more national-conservative voters turned to Marine Le Pen’s National Rally. With the announcement of Zemmour’s candidacy, the party now fears losing even more of its nationalist base to the far-right.

The results of the primary can be seen as a symptom of this fear, with over 25 percent of LR party members voting Éric Ciotti, a national-conservative, into the second round. Ciotti has long been considered as somewhat of an outlier within LR, sharing many of Zemmour and Le Pen’s right-wing positions. Just like Zemmour, he is an adherent of the “Great Replacement”, a conspiracy theory claiming that the influx of non-European, muslim immigrants will lead to the replacement of Europe’s white population. Ciotti’s suggestions to counter what he sees as the islamization of French society go from inscribing France’s Catholtic roots into its Constitution to the creation of a “French-style Guantanamo and Patriot Act”. Zemmour was quick to congratulate Ciotti’s victory, boasting that their radical ideas are “largely shared by Les Républicains voters”.

Éric Ciotti ended up being defeated in the second round by the more moderate Valérie Pécresse, but Zemmour’s influence on the party has nonetheless been considerable. While, during the first debate of LR’s 2016 primary, only 12 minutes were spent on immigration, the topic was discussed for more than an hour in this year’s debate. Pécresse, who prides herself as a moderate conservative, presented a hardline stance on immigration, hardly distinguishable from Ciotti’s. “There is a clear link between immigration and the rise of terrorism and crime” stated the candidate during the debate. In her victory speech, Pécresse appealed to right-wing voters tempted by Zemmour or Le Pen, promising laws to “increase domestic security and combat Islamic extremism”.

In a radio interview, Marine Le Pen mocked the republicans obsession with security and immigration during the debates : “I don’t have competitors anymore, only clones. It’s a competition to see whose political project will be the closest to mine”. While amused by LR’s newfound passion for anti-immigrant  policy, the candidate of the National Rally now actually finds herself in an awkward situation.

Following her political defeat in the second round of the 2017 elections, Le Pen has made considerable efforts to soften the image of her party, changing her rhetoric on Islam to specially target fundementalists rather than Muslims as a whole. Éric Zemmour, on the other hand, went the opposite way. Refusing to tone down his anti-immigrant and islamophobic rhetoric, the candidate used the controversies surrounding him as a way to propell himself at the forefront of the news.

While Zemmour’s rise might be perceived as a threat to the National Rally, his candidacy can actually be seen as beneficial to Le Pen. His radicalism and constant controversies have, in a sense, sped up the “de-demonization” of Le Pen, making her seem more moderate and electable. Her anti-immigrant rhetoric has become somewhat of a norm during this electoral campaign. Macron’s interior minister Gérald Darmanin even accused her of being “too soft” on Islam during an election debate. Moreover, Zemmour has been able to attract more upper middle-class right wing voters, an electoral base which Le Pen has struggled to convince. In the scenario of a face-off between Macron and Le Pen in the second round of the election, Zemmour’s voter base is very likely to choose the National Rally candidate over the incumbent president.

Zemmour’s effect on the campaign

So far, the disunity within the major right-wing parties primarily benefits Macron’s En Marche party, according to the polls. Rather than constituting a real threat for the incumbent president, Zemmour’s candidacy mainly seems to split the far-right vote in the first round, preventing Marine LePen from catching up to Macron’s lead.

But while, at the moment, it seems unlikely that Zemmour will win the elections, his impact on this electoral campaign has nonetheless been considerable. Confined to the role of a repressible and controversial media figure for years, the former essayist has managed to present himself as an electable candidate and made immigration and national identity the central issues of the campaign.