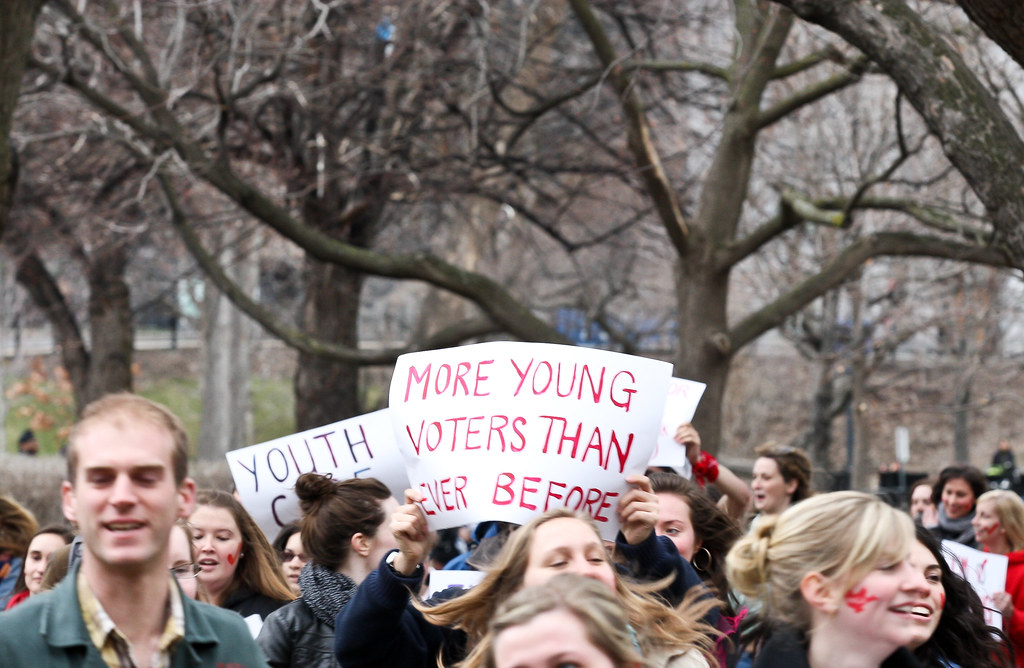 Elections Canada failed post-secondary students nationwide during the 2021 election by not implementing a ‘Vote on Campus’ (VOC) option. The VOC option worked well in the previous two federal elections, but this past election it was nowhere in sight. Lack of access to on-campus voting was a significant barrier for Canadian post-secondary student participation in the last election.

On-campus voting is necessary for a more vibrant democratic process in Canada because of its proven ability to increase student voter turnout and the potential to instill civic responsibility in younger generations of voters. Foregoing this program further disincentivizes those students unlikely to vote in the first place.

The VOC was initially implemented for the 2015 federal election as a pilot project to encourage post-secondary students to vote. It was put into effect on 39 post-secondary campuses, with a total campus voting turnout surpassing 70,000 in 2015. For that election, 58.3 percent of newly eligible voters cast their vote (17.7 points higher than 2011), which was largely attributable to the VOC program.

However, the VOC encountered some logistical hiccups during the 2015 and 2019 elections, namely challenges to securing lease agreements for campus voting offices and managing effectively the high-traffic election day environment.

Elections Canada cited numerous reasons for its inability to provide the VOC in 2021. It suggested that Justin Trudeau’s impromptu snap election afforded an insufficient amount of time to prepare and deliver the VOC in 2021. Moreover, the relatively short 35-day countdown to Election Day made the hiring of workers nearly impossible, especially considering Canada’s current labour shortage. Elections Canada deemed it more pressing to reallocate resources to enable voting by vulnerable electors – such as those in long-term care homes – at the expense of on-campus voting. They also admitted that the VOC was assigned lower priority in light of the uncertainty and potential dampening effect caused by the pandemic on the presence of students on campus.

The pandemic certainly made it more complicated for Elections Canada to organize the VOC for the 2021 election. However, it is difficult to believe that they were not aware of the possibility of a snap election, which had been in the news for some time before the writ was officially dropped. The lack of foresight and preparation is unacceptable for an organization whose fundamental purpose is to ensure that Canadians can exercise their democratic right to vote.

For many students, voting is the only connection they have to politics. Carleton University Professor Brenda O’Neill indicates that only approximately 40 percent of 18 to 27-year-old Canadians are interested in politics. She also points out that Canadian youth voter turnout levels have declined for decades, which she largely attributes to “lower levels of both political interest and knowledge”.

On-campus voting is a practical remedy to these concerning statistics. The VOC communicates to students that their vote is genuinely sought after, which encourages them to vote and ultimately, lends credence to our democracy. It can also foster a sense of civic duty by emphasizing and enabling the fulfillment of what is arguably the most fundamental duty of citizenship. Promoting and embedding democratic values in upcoming generations creates a more robust civil society and protects popular sovereignty.

According to a Library of Parliament research paper (2016), the “habit-forming nature of the act of voting” is a significant determinant in whether an individual votes in the future. If we want to increase the likelihood that Canadian youth vote in future elections, it is preferable that they vote as soon as they become eligible. The VOC is a sensible way to prompt habitual voting in Canadian youth.

Moreover, on-campus voting significantly increases accessibility to voting. Geographic proximity is an enormous incentive for students to vote. On-campus voting facilitates fair access to the democratic process for electors with mobility issues, demanding schoolwork, or who live out of province. New Democratic Party leader Jagmeet Singh urged Elections Canada to “reconsider its decision to not have on-campus voting stations in an effort to make voting more accessible for young people.”

On-campus voting is even more important for universities whose ridings’ polling stations have been severely cut down. For instance, CBC News revealed that the riding of Toronto Centre, where Ryerson University is located, only had 15 election-day polling stations instead of the 91 it had in 2019.

Finally, given the enormous cost of this election to taxpayers (reported at over 600 million dollars), it is lamentable to not facilitate voting access to such a significant segment of Canadian society. It was certainly a missed habit-forming opportunity to get post-secondary students on board with the electoral process. The likelihood of adequate government representation of student interests also decreases when thousands opt out of voting.

Providing on-campus voting must be made an Elections Canada priority and should be guaranteed in future federal elections. VOC ensures enhanced accessibility to voting, boosts current and future voting levels, and encourages the fulfillment of a fundamental civic duty, all of which will create more meaningful and lasting democratic participation from young Canadians.

Featured image by Adam Scotti and obtained via WordPress under a CC BY-NC-SA 2.0 license.