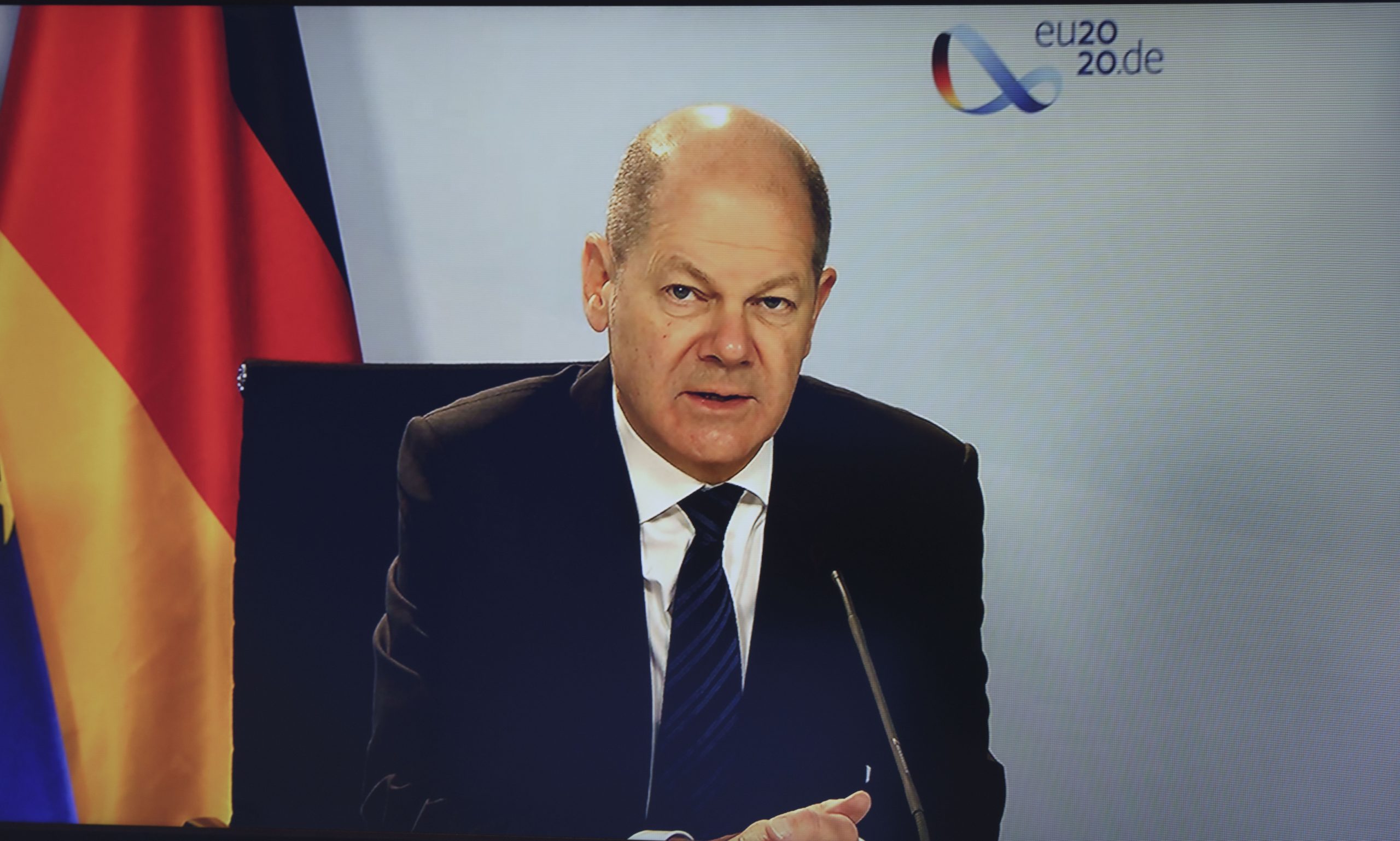 Why is Germany so Reluctant to Send Military Aid to Ukraine?

As the crisis at the border between Ukraine and Russia continues to intensify, the United States and many of its European allies are acting to support Kiev. On January 19th, the Biden administration announced that it intends to provide 200 million dollars in military aid, while the Baltic states and the United Kingdom are shipping defensive missiles and deploying troops to Ukraine.

But in the midst of this wave of support, one major European actor has remained notably reluctant to offer military assistance to Ukraine. As a key American ally and a leading European Union member, Germany has  faced major criticism for its lack of solidarity with Kiev since the onset of the crisis. So far, the country’s only response to Ukraine’s request for weapons has been a promise to ship 5,000 helmets to the Ukrainian military, a half-hearted gesture which was immediately mocked by its allies. “What will Germany send next? Pillows?” joked Kiev’s mayor, Wladimir Klitschko, in a tribune for the German tabloïd Bild. “European security cannot be done without a German leading role. At this moment, when we’re looking at how they’re acting on European defense and NATO, the readiness of the Bundeswehr, the hesitance to use military force, it’s absurd for the current times,” added the Latvian Minister of Defense Artis Pabrik. Germany’s passivity towards the Ukrainian crisis is indeed surprising for a nation that has so often taken a leading role in European affairs.

While the German government’s decision to not ship weapons to a vulnerable pro-EU government might seem bizarre, it actually underlines a long-lasting double standard in the country’s approach to arm sales. On one hand, abstaining from delivering weapons to conflict zones has been presented as an integral part of German foreign policy by recent governments. “We do not send lethal weapons to crisis areas because we don’t want to fuel the situation,” said the German Defense Minister Christine Lambrecht in response to criticism regarding Germany’s refusal to deliver arms to Ukraine.

On the other hand, German arms exports have reached record highs in recent years: in 2021 alone, Germany’s total weapons exports amounted to €9.04 billion. The main recipient of these exports was Egypt, which was directly involved in the bloody Yemeni and Libyan civil wars. While the official stance of the German government has been to distance itself from arm deliveries to conflict zones, its record of weapons exports tells a different story. If Germany seems to be flexible when it comes to shipping weapons to crisis areas, what can explain its reluctance to assist Ukraine?

As Cathryn Cluver Ashbrook of the German Council on Foreign Relations suggests, Germany’s history with the nation is relevant to policy decisions pertaining to weapon exports : “The Germans have been highly reluctant to send any type of lethal weaponry into countries in which Germany had a military presence in World War II and committed, arguably, war crimes.” This idea was also taken up by the German foreign minister Annalena Baerbock, who claimed that by refusing to send weapons to Ukraine, Germany was acting in a “historically responsible” manner.

Internal Disagreements Within the new Government

The Ukrainian crisis seems to have put the German foreign minister in a difficult position. In fact, Baerbock has been in favor of a hard-line stance towards Russia since her early days as a candidate for the Green Party. However, as part of a government coalition with the Free Democrats (FDP), Germany’s center-right party, and the Social-Democrats (SPD), this tough stance has become difficult to defend for Baerbock. Traditionally, the SPD has been known as a defender of “de-escalation” in negotiations with Russia, while the Greens and the FDP support a more aggressive stance. Moreover, the coalition agreement signed by all three parties clearly states that Germany will not deliver weapons to conflict areas.

Due to these internal disagreements, the German government has struggled to put together a united front regarding the crisis. “The German government has not been speaking with one voice. We have heard many opinions, but see no clear strategy,” explains Piotr Buras, the head of the Warsaw office of the European Council on Foreign Relations.

Economic factors are also at play in Germany’s decision to refuse to ship weapons to Ukraine. The Nord Stream 2 gas pipeline project, in particular, has been at the center of negotiations with Russia in recent years. With this controversial project, led by the Russian gas company Gazprom, natural gas would flow directly from Russia to Germany, thus bypassing current routes that go through Ukraine. For Moscow, this project is a goldmine — it would no longer need to pay the transit fees to send gas through Ukraine. Moreover, Nord Stream 2 would be a valuable geopolitical tool that could be used in negotiations with both Ukraine and EU countries.

But what is in it for Germany? On one side, Scholz’s government knows how valuable the project is to Putin and the Gazprom oligarchs. In recent weeks, the threat of canceling the project was Germany’s main leverage to deter Russia from an invasion. On the other hand, Germany is also extremely dependent on Russian gas, which represents 56 per cent of the country’s gas imports, and cannot afford to be too aggressive towards Russia.

In fact, Putin’s decision not to increase exports to meet the current European demand for natural gas has been seen by some analysts as an attempt to pressure Germany to restart the approval process for Nord Stream 2. Sending weapons or even troops to Ukraine would therefore pose a considerable risk for Germans, as Russia could, in turn, halt gas supplies to the country as a response.

In the face of the Ukrainian crisis, Germany finds itself at a crossroads in terms of foreign policy. While the country has long wanted to present itself as a valuable American ally and a European leader in diplomatic affairs, its dependency on Russian resources have occasionally forced it to be out of step with its allies. The extent to which Germany will be able to balance both of these interests remains to be seen. What is quite clear, however, is that Germany’s lack of solidarity with Kiev has damaged its relations with its Western allies, as shown by the Wall Street Journal’s January 23rd cover page : “Is Germany a reliable American ally? Nein”.