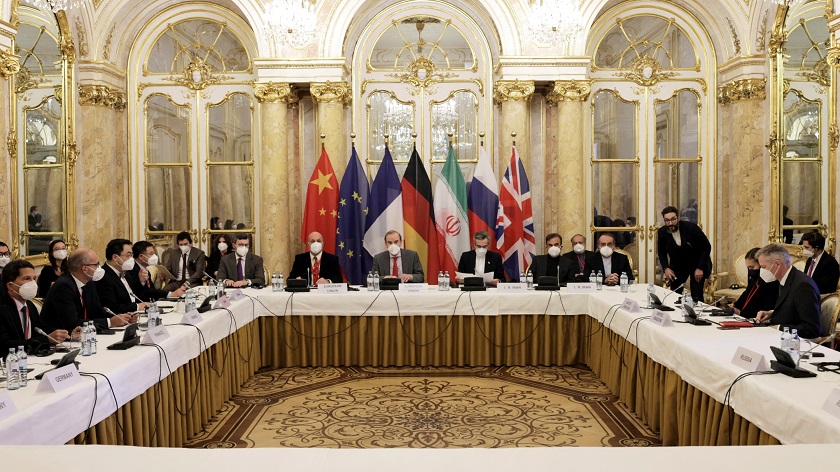 The clock is ticking on Iran’s nuclear programme. Since former U.S. President Donald Trump abandoned the Joint Comprehensive Plan of Action (JCPOA) in 2018 – a multinational agreement that limited Iran’s nuclear programme in exchange for the lifting of many economic sanctions – Tehran has inexorably inched closer to acquiring a nuclear weapon.

By gradually reducing cooperation with the accord’s provisions, Iran has significantly expanded its uranium stockpile, some of which is now enriched to 60 percent-far closer to weapons-grade than the 3.67 percent permitted in the accords. Tehran has also begun using more efficient, formerly banned centrifuges, and hampered inspection efforts by the United Nations International Atomic Energy Agency (IAEA).

Given its lack of technology to deliver a nuclear payload, Iran’s moves may be more symbolic-geared to maximize its bargaining power vis-a-vis the West-than substantive. Nonetheless, analysts warn that Tehran is “on the threshold of possessing a nuclear bomb.” Western diplomats have consequently rushed to salvage the nuclear agreement before Iran is added to the shortlist of nuclear-weapon states.

February 8th marked the start of the eighth and, likely, the final round of negotiations between delegates of Iran, China, Russia, France, Germany, the U.K., and the U.S., following a months-long effort to resuscitate the JCPOA. While signs point to cautious optimism for a timely resolution, the deal’s revival has been hampered by all parties involved. Iran’s uncompromising demands that all U.S. sanctions be lifted, the U.S. refusal to guarantee that a future administration won’t renege on an agreed-upon deal, and Israel’s demonstrated willingness to sabotage Tehran’s nuclear programme regardless of the negotiation’s outcome, has significantly inhibited progress on a potential deal.

Time is also a crucial factor here: the longer talks drag on, the more Iran’s nuclear programme makes irreversible advances nullifying any effort at reinstating the JCPOA. This sentiment was expressed at a briefing by the U.S. Special Envoy for Iran, Robert Malley: “This is not a chronological clock, it’s a technological clock.” “You can’t revive a dead corpse,” he added.

The JCPOA exists as a rare marker of international cooperation bridging geopolitical rivalries across the globe. The threat of a nuclear Iran, understandably frightening for its Western adversaries, has engendered surprising reactions from Iran’s strategic allies, Russia and China, both of whom have pressured Tehran to comply with IAEA inspectors and continue negotiations.

While their support for the agreement fluctuates in response to U.S. involvement in issues like the Ukraine conflict and China’s purchase of Iranian oil, it is in both Moscow and Beijing’s interests to prevent Iran from acquiring a nuclear weapon and upsetting regional stability.

Unlikely alliances have also emerged at the local level, altering the historically adversarial relations between Israel and Arab states. In an apparent rejection of Tehran’s growing assertiveness, and seemingly in disregard for their long-held insistence on Palestinian independence, Bahrain and the UAE formalized the Abraham Accords in 2020, becoming only the third and fourth Arab states to recognize Israel. These shifts are equally influenced by reduced American security guarantees, as the U.S. gradually reduces its presence in the Middle East to reorient its focus on confronting China.

As time runs out to save the deal, the implications of a breakdown are becoming starkly apparent. A failure to reach a diplomatic resolution would likely result in a period of increased instability in the Middle East, as the U.S. and its European allies mount economic and political pressure to curb Iranian nuclear ambitions. This could include targeting Iranian oil sales to China – an avenue through which Tehran has circumvented economic sanctions in the past.

The threat of military escalation in the region would increase as states seek to restrain Iran. Israel, a fierce opponent of the JCPOA since its inception, has been preparing for the collapse of negotiations for weeks. Saudi Arabia, meanwhile, has stated it would match any nuclear development Iran makes, from uranium enrichment to bomb construction.

How negotiations develop will be an important test of President Biden’s ability to fulfill a major campaign promise: the restoration of the JCPOA and repair of fractured alliances that resulted from Trump’s unilateral withdrawal from the agreement. Iran’s new President, Ebrahim Raisi, while indicating a willingness to negotiate an arrangement, similarly faces domestic pressure from hardliners pushing for written assurances that a future U.S. administration would not leave the agreement – something the Biden administration has stated is impossible to provide.

Is it Worth Saving?

As the agreement’s critics are quick to point out, the JCPOA’s main provisions are set to expire in 2030, after which Iran will be able to freely pursue large-scale uranium enrichment. This, and the agreement’s failure to counteract Iran’s funding of regional proxy militias or their ballistic missile program – the largest in the Middle East – has fueled significant pressure from Republicans, and some Democrats, to find an alternative route.

A letter signed by 33 Senate Republicans threatened to thwart any deal passed by the Biden administration that isn’t struck with Congressional approval – a warning echoed in another letter signed by over 100 House Republicans. The viability of maintaining a new nuclear deal, should Republicans gain control of the White House, seems highly unlikely.

Despite the criticism, the JCPOA is worth saving. Restoring the agreement would restrict further uranium enrichment, disarm Tehran of the high-spinning centrifuges needed for nuclear weapons development, and reimpose a framework for the strict inspecting and monitoring of Iranian facilities. Even if only for a short period of time, such an arrangement would give breathing room for a new, potentially lasting, deal to be negotiated.

Trump’s withdrawal from the deal in 2018, which led Tehran to resume its nuclear ambitions, indicates that the best hope of preventing a nuclear Iran depends on their participation in a nuclear reductions agreement. Collaboration and diplomacy are key to containment. Whether the JCPOA will be saved or sunk, the coming weeks will be crucial in determining the future of Middle Eastern security.

Image by Reuters and obtained via Flickr under a CC BY-NC-SA 4.0 license.