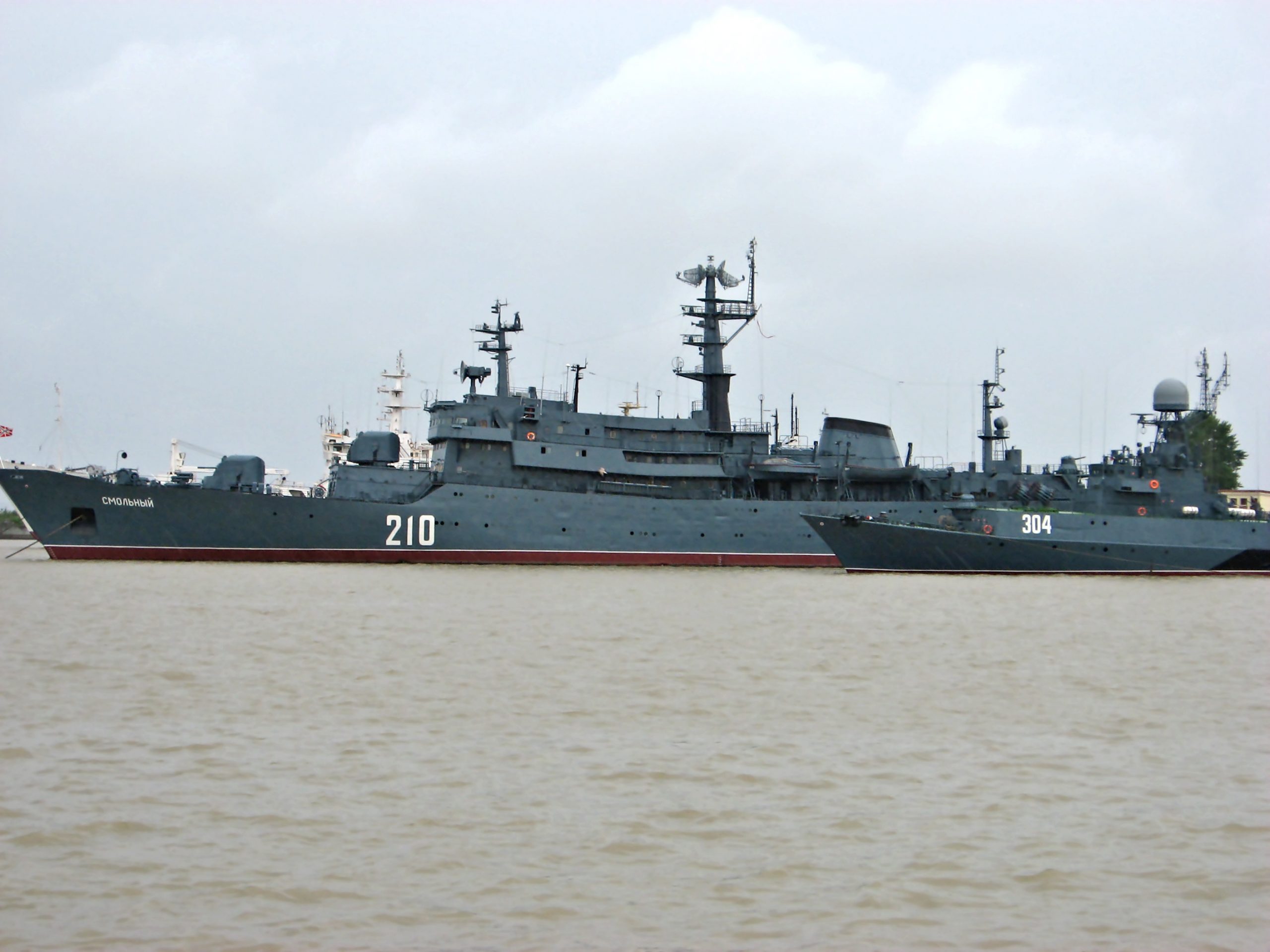 Turkey is hesitant to answer favorably to Zelensky’s proposal since it may jeopardize their relationship with Russia in the long term, which originates from Turkey’s economic crisis and strong reliance on Russian imports. Accordingly, in his statement, Turkish President Recep Tayyip Erdoğan stressed that Turkey would not abandon its relationship with either nation and wishes to serve as a mediator between Ukraine and Russia to restore peace.

On February 27th, Turkey’s foreign minister formally declared Russia’s invasion of Ukraine a war, setting the way for Turkey to restrict warships passing the Turkish Straits and entering the Black Sea. Turkey’s abrupt shift in rhetoric is thought to be the result of Zelensky’s tweet on February 26th, in which he praised Erdoğan for their decision to stop Russian vessels from transiting the Black Sea.

What is the Montreux Convention?

The Turkish Straits, including the Dardanelles and the Bosporus, are one of the world’s most strategic waterways, connecting the Black Sea to the Mediterranean. The Montreux Convention is an international agreement that was signed in 1936 in Montreux, Switzerland and authorizes Turkey to restrict the transit and transportation of vessels via the straits in the context of Turkey and the Black Sea nations’ security.

Despite being signed 85 years ago, the Convention remains one of the most critical political mechanisms for ensuring peace and stability in the Black Sea region. However, Turkey’s use of the Convention is unprecedented, as Turkey has not condemned previous Russian attacks in Georgia, Crimea, or eastern Ukraine; A”time of war” and has not restricted access to the Black Sea. Furthermore, Turkey has only utilized Montreux’s wartime provisions once before, during WWII, to prevent German and Italian fighters from accessing the Black Sea, and the Convention was a vital tool for Turkey in maintaining its neutrality.

Why is it important in the Russo-Ukraine conflict?

According to Former Admiral Cihat Yaycı, Article 19 of the Montreux Convention specifies that warships can continue to enjoy the freedom of navigation and passage in the Straits when Turkey is not belligerent. Nonetheless, Turkey has the authority to prevent belligerent parties’ vessels from traversing the Straits, unless they are returning to base or offering aid.

The emphasis of Article 19 is on the formal declaration of war, and because Turkey formally declared Russia’s invasion of Ukraine to be a war, Article 19 has become the wartime provision in play. Upon the declaration, Erdoğan stated that Turkey is enforcing the authority given to them by the Montreux Convention by prohibiting vessels from passing. Also, Foreign Minister Mevlüt Çavuşoğlu indicated that both the Black Sea and non-Black Sea nations have been warned not to transit warships via the Bosphorus and Dardanelles Straits.

Sinan Ülgen, a scholar and former Turkish diplomat, says that applying the treaty would make it increasingly challenging for Russia to maintain its military presence. Furthermore, he adds that Turkey’s decision to implement the Montreux Convention is “Turkey’s unique way of punishing Russia for its crime of aggression and demonstrating commitment to international law.” Since many other Western nations are sanctioning Russia economically in order to denounce its violation of international law, Turkey is using its military leverage through the Montreux Convention. It is not only a good demonstration of its alliance with the West, but it is also a good way to maintain its neutrality because in the future, Turkey can use the Montreux Convention to its advantage in order to avoid Russia’s punishments.

This is an important step since, as previously indicated, the Montreux Convention is being used for the first time since World War II. Furthermore, it is a significant action that might potentially impede some of Russia’s military efforts in the region since it is said that 16 Russian warships are operating off the coast of Syria.

Finally, as a Black Sea Power, Russia has profited from the Montreux arrangement and it is highly likely that they will respect Turkish authority in the Straits. Ignoring Montreux would exacerbate relations between Russia and Turkey and seems to be an ineffective plan. Russia’s failure to follow the rules of this international agreement by sending its warships to the Black Sea without permission could spark a new international conflict as it would jeopardize current international law and order.

Further implications of the Convention’s implementation

According to Article 21, if Turkey considers that it is in imminent danger of war, it has the authority to limit the transit of warships via the Turkish Straits. In other words, this clause gives Turkey enormous discretion in deciding which vessels can pass through the Turkish Straits and into the Black Sea.

This article has essential factors in that if Turkey believes that the possibility of war endangers them, they can impose this article and perhaps enable NATO non-Black Sea warships to cross, while barring Russian vessels from entering the Black Sea. According to Yaycı, the US has previously expressed dissatisfaction with the Montreux Treaty since it restricts their navies’ access to the area. However, during this crisis, the implementation of the Convention is in the interests of the US, and if Article 21 is included in the wartime measures, the US will profit greatly.

Nonetheless, this will not happen for a while as implementing the article in the current context would severely harm the Russian-Turkish partnership. However, depending on the future circumstances and how events play out, Turkey may easily implement this clause, severely hindering Russia’s military operations to Ukraine from the South, and in the long-run, impeding Russian military persistence.