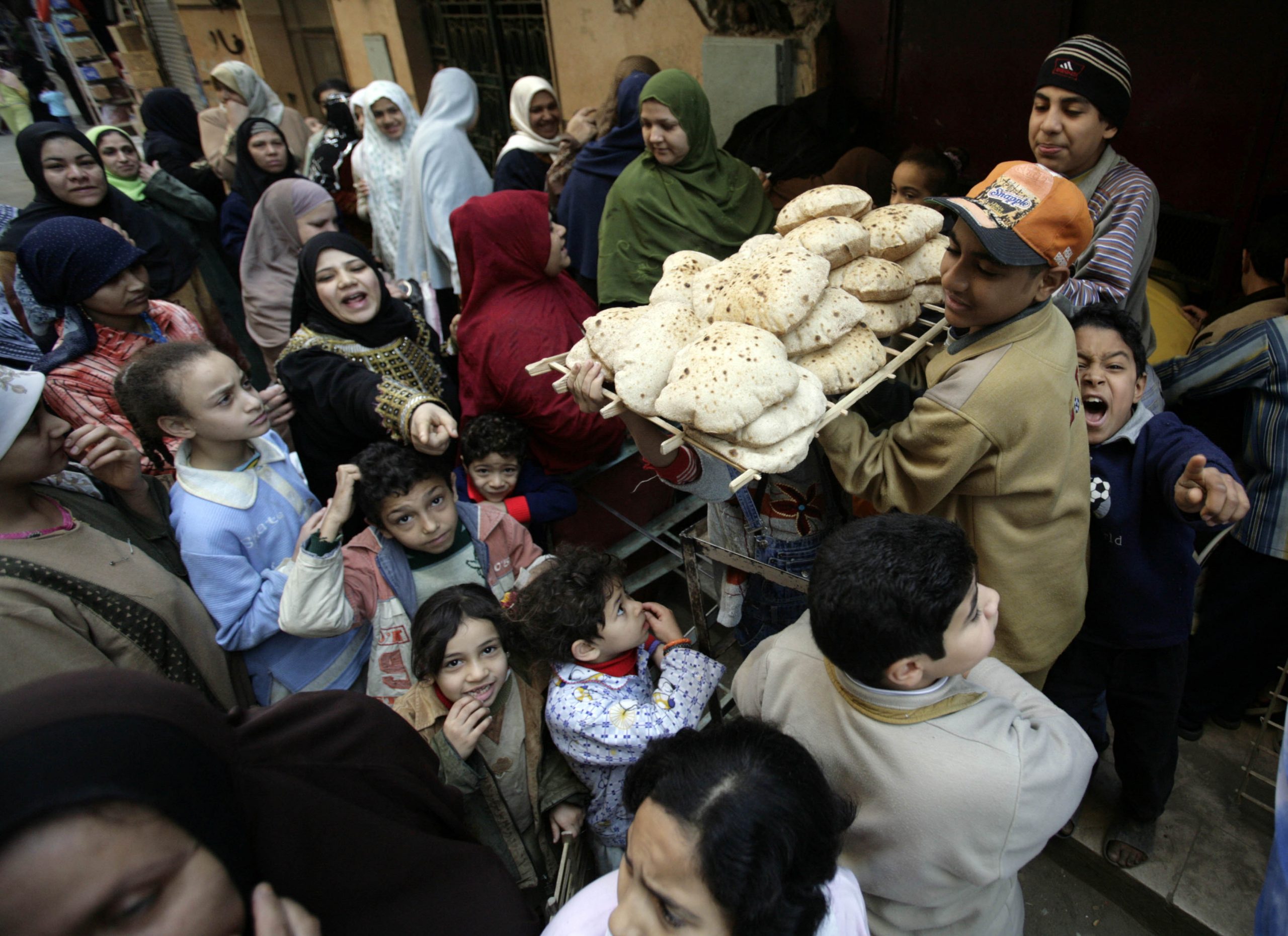 On Februrary 24th, Russia started attacking neighboring Ukraine, bombing its major cities, including the Ukrainian capital Kyiv. A way out of the crisis is still uncertain for Ukraine as the war is escalating to what could approach a full-scale invasion of the country, with Putin putting Russia’s nuclear deterrent forces on alert. Although this conflict has been alarming for Europe due to its dependence on Russian gas exports, for the United States and the NATO powers, its impact on the Global South has been overlooked. In fact, the ripple effects of this conflict extend to the Middle East and North Africa, adding to their existing instability. Particularly, the ambivalent impact of this conflict on Egypt could be a source of economic benefits or of crisis and instability.

The Good: an Alternative Source of Gas

Given that over 40% of Europe’s gas supplies are imported from Russia, European countries heavily depend on Russian natural gas supplies. Thus, conflict between Ukraine and Russia could provoke shortages in these Russian supplies to European countries. Consequently, the current tensions have led to considerations of alternative natural gas suppliers in the Middle East and North Africa, including Egypt. Egypt’s position is reinforced by the great leap it made in exporting natural gas, particularly in 2021, supported by the discovery of a number of new natural gas fields in recent years. In addition, the conflict between Ukraine and Russia has led to a sharp rise in global oil prices, especially in February 2022, nearing $100 a barrel. As a result, Egypt, as a potential exporter of natural gas to Europe, could benefit from the increase in the value of oil exports and Suez Canal revenues from transiting oil tankers.

Although Egypt’s natural gas exporting capacity is inferior to that of Qatar, one of the world’s largest gas exporters, Egypt’s close political ties with the European Union, its geographic proximity – being separated by the Mediterranean – and its natural gas liquefaction capacities, could make Egypt a potential alternative source of natural gas to Europe.

Tourism is one of Egypt’s leading economic sectors, accounting for more than 12 percent of the country’s GDP in 2019. Moreover, the highest number of tourist arrivals to Egypt are usually from Russia and Ukraine, as Ukrainian visitors account for nearly 30 percent of Egypt’s tourism market. For example, in 2019 Ukraine was the second largest country of origin of tourists visiting Egypt after Germany, with about 1.5 million Ukrainian tourists. However, the current conflict between Ukraine and Russia has impeded the volume of tourism from these countries to Egypt, which was already declining because of the Covid-19 pandemic and travel restrictions. As a result, from the start of 2022, the number of Ukrainian tourists in Egypt has declined by about 25 per cent, leading to important losses in the national economy and the Egyptian GDP.

The Ugly: Food Security at Risk

Egypt is the largest wheat importer in the world, with about 50 per cent of its wheat supplies imported from Russia and 30 per cent from Ukraine. Moreover, Ukraine is Egypt’s primary supplier of corn. Hence, the escalation of the conflict in Ukraine is threatening food security in Egypt and is increasing uncertainty in the global wheat market, especially considering that Ukrainian wheat production areas are located in the eastern part of the country which is exposed to Russian attacks. The latter could lead to a drop in wheat production as farmers flee and infrastructure gets destroyed in the war.

As a result, shortages in wheat supplies would create a shock in the global market, causing wheat prices to rise, putting pressure on over 102 million Egyptian consumers, whose food security would be at risk as national wheat output barely covers less than 50 per cent of local consumption. In fact, bread made of wheat is an essential component of the Egyptian diet, even for the poorest, and accompanies nearly all meals of the day, not surprising since the Egyptian slang for bread “aish” translates to “life.” Consequently, a rise in its prices would make it unaffordable, impeding the livelihood of Egyptian consumers.

Beyond the Ugly, the Crisis may Worsen

In Egypt, the crisis may worsen if the government decides to raise the price of bread, stopping rationalizing or reducing food subsidy programs which provide daily bread-allowance to approximately two-thirds of the Egyptian population. Such an increase in food prices, especially bread, accompanied by the rise in oil prices resulting from the Ukrainian-Russian conflict, would drive the country into instability, and a scenario similar to what unfolded in the 2011 Arab Spring might resurface.

In fact, the 2010 decision by the Egyptian government to raise the price of bread and food, as a response to the Russian banning of wheat exports because of its high price globally, was one of the reasons that propelled the Arab Spring unrest in Egypt in January 2011. Moreover, the protesters’ slogan “Eish, horreya, adala egtema’eya” which translates to “Life (or bread), freedom and social justice”, was in part referring to the double meaning of the word “eish” signifying both bread and “life.”

Besides the mounting threats to food security caused by the Russo-Ukrainian war, the impact of the Covid-19 pandemic creating disruptions in the food supply chain, and rising prices of oil and basic commodities, Egypt’s water security is also threatened by the operation of the Ethiopian Renaissance Nile River Dam. This operation decreases Egypt’s water supply by considerably reducing the Nile river flow downstream. Compiled, all these threats put heavy pressures on both the Egyptian government and Egyptian people. The latter, in a situation of despair, might resort to the streets again to voice their needs, like they did during the Arab Spring in 2011, which could once again drive the country into turmoil.

Photo by Nasser Nouri and obtained via Flickr Creative Commons