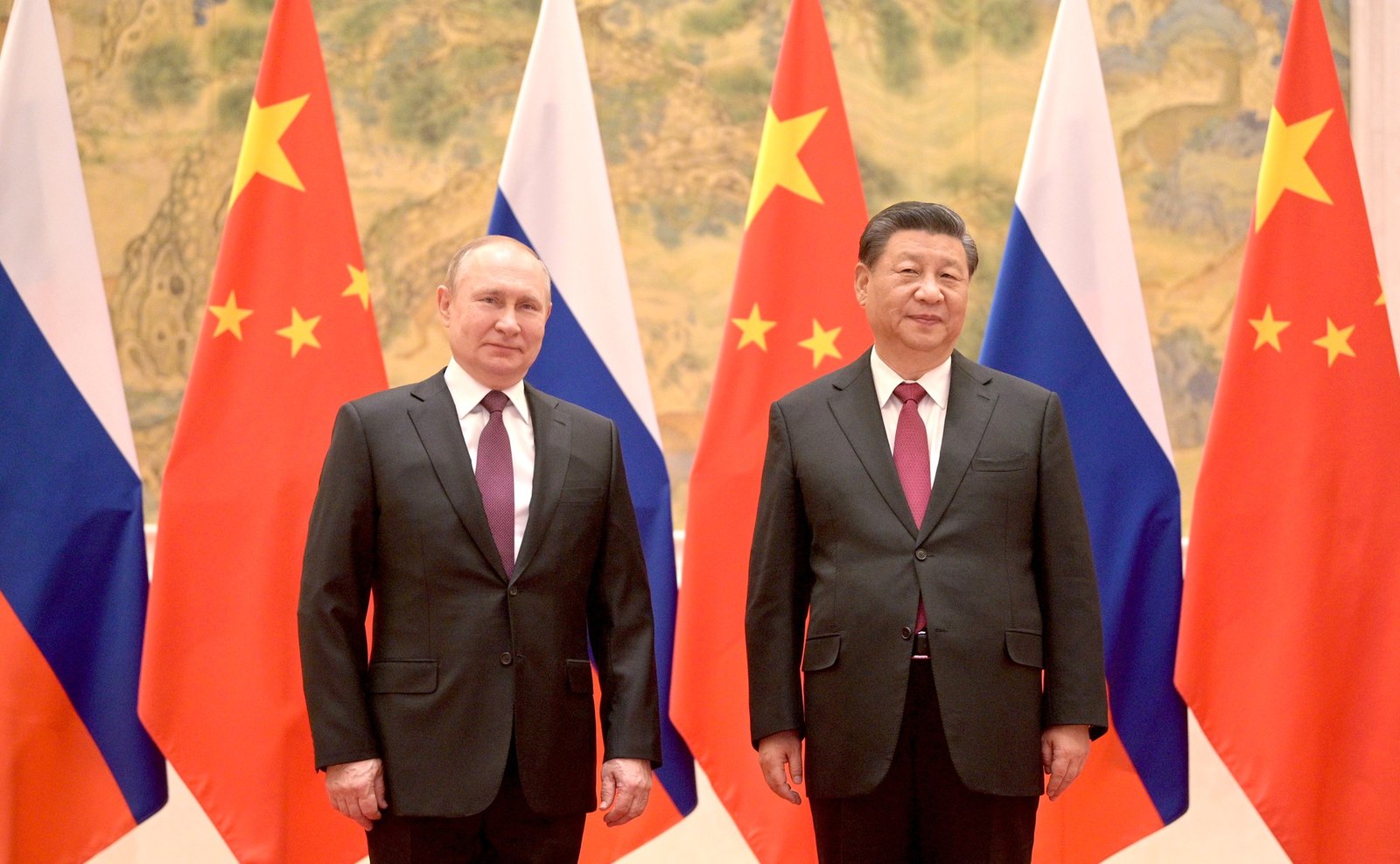 Despite both being communist superpowers, the Soviet Union and the People’s Republic of China (PRC) maintained icy relations starting in the 1950s. Numerous border conflicts, coupled with competition for the dominance of the communist world, gave way to the ‘Sino-Soviet’ Split, decades of tensions that nearly led to nuclear war.

After the collapse of the Soviet Bloc in 1991, however, China and Russia agreed to cooperate in the face of the U.S.’s growing and unchecked power.

The ascendancy of Vladimir Putin, notorious for his suspicion of Western intentions, to the Russian presidency in 2000, strengthened Russia’s relationship with the PRC.

In 2001, China, Russia, and three other countries created the Shanghai Cooperation Organization (SCO), a regional organization dedicated to bolstering cooperation in trade, politics, and security between its members.

In 2005, border conflicts between the two countries were resolved, and the rest of the decade saw a significant increase in bilateral trade.

The real boost to Sino-Russian relations was the ascent of Xi Jinping as Paramount Leader of the PRC in 2012.

Xi Jinping’s foreign policy has been more assertive and nationalistic than that of his predecessors. Under his command, China has expanded its global reach through the creation of the Belt and Road Initiative, an infrastructure development program designed to increase economic linkages between China and the rest of the world. Moreover, Xi has pursued expansionist policies in the South China Sea, and repeatedly threatened to invade Taiwan.

China, under Xi’s helm, is positioning itself as a rival to the United States. Relations between China and the U.S.  have soured dramatically since 2012, with the two countries clashing over China’s expansionism, its crackdown on democracy in Hong Kong, and accusations of genocide on the Uyghurs.

The 2010s also saw a rapid deterioration of relations between the West and Putin’s Russia. Russia accuses the West of supporting unrest against Russian-allied governments and has strongly opposed NATO’s expansion in Eastern Europe, claiming it threatens Russian security. Tensions peaked with Russia invading Ukraine in 2014, and Russia’s most recent military endeavor in Ukraine has isolated the country from the West.

With both China and Russia facing Western opposition and sanctions, the two countries have formed a marriage of convenience which is seemingly transforming into an alliance.

The countries conduct joint military drills, combat what they perceive to be America’s ambition of creating a unipolar world, and engage in significant bilateral trade with one another.

A Relationship under Test?

With Russia invading Ukraine in February 2022, some believed Sino-Russian relations would be affected. Many analysts view China’s abstention during a vote at the United Nations General Assembly condemning Russia’s aggression against Ukraine as a sign of China’s opposition to the conflict. The rise in global oil prices that has occurred as a result of the war has led to fears that Chinese growth would be further impeded.  It was thus suspected that China would pressure Russia to end the war rapidly.

Yet, China has recently dismissed any claims that Sino-Russian relations had deteriorated as a result of the war, dubbing Russia as the country’s “most strategic partner” and claiming that the bilateral relationship was “rock solid”. Trade between the two countries boomed by 41% in the first two months of the year. Moreover, U.S. intelligence reports have claimed China was aware of Russian plans to invade Ukraine, with the PRC simply requesting that Russia hold off its invasion until after the end of the 2022 Beijing Winter Olympics.

While not officially siding with Russia, Beijing has clearly picked a side in the conflict.

While China denounces any attempts to make parallels between Russia’s invasion of Ukraine and Chinese claims over Taiwan, the similarity between the two conflicts is clear. Like Russia with Ukraine, China claims that Taiwan is an integral part of the Chinese nation-state, and has vowed to reincorporate into the motherland what it considers to be a “rogue province,” by any means possible.

Both Xi and Putin aim to recreate past glory, with the former wanting to restore China’s historical position as the center of the world, and the latter wishing to rebuild Russia’s power to the level reached under the Russian Empire and the Soviet Union.

Western ideals and the creation of liberal international order are the main obstacles preventing the realization of these dreams. With the leaders of both countries facing the same challenges and rivals and aiming for similar goals, the Sino-Russian partnership is here to stay.

Featured photo by kremlin.ru and obtained via the Atlantic Council under a CC Attribution 4.0 License.