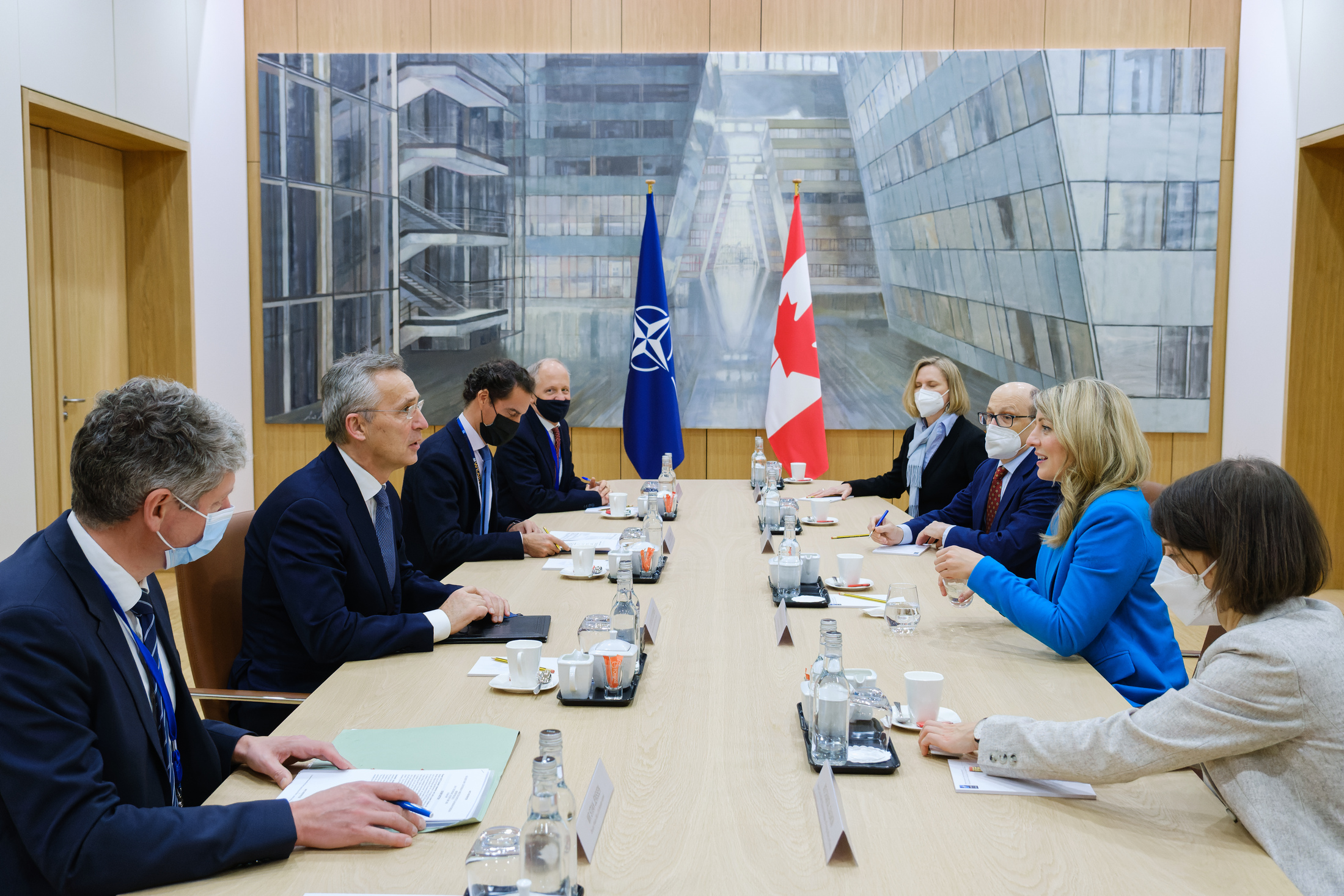 In 2022, Canadian foreign policy still lacks in its ability to place the country at the forefront of global tension mitigation. Upon her appointment to office, Canada’s current Foreign Affairs Minister Mélanie Joy has faced insurmountable turmoil on the world stage. Tasked with determining a global approach to the COVID-19 pandemic, handling sanctions imposed on the Taliban’s rise to power in Afghanistan, and most recently, the Russian invasion of Ukraine, Joy’s policy decisions proved to have global consequences. Canadians across the country are contemplating the strength of their government in their response to global political instability. Most importantly, how can Canada develop an adaptable, resilient Foreign Service unit in policy-making?

Global Affairs Canada and the Foreign Service take a pragmatic, cooperative approach to mitigating international conflict. Specifically, working with international allies, the Canadian government uses its liberal-democratic regime as a guide when developing successful foreign policy.  They shy away from signing controversial alliances, focusing instead on building relationships with other countries in an effort to improve global cooperation.

Under major themes of independence, alliance-building, and peacekeeping, Canadian foreign policy most commonly appears as a second thought in response to other nations’ developments. This is not to say that Canada fails to develop a unique strategy. Insofar as their decision-making goes at the international level, the Foreign Service would be better suited to take an assertive approach toward international resolution. Not only would this assist domestic-level policies and intergovernmental relations, but it would also create global strategies that are Canadian-led. Moreover, provinces could better coordinate immigration and trade agendas, both of which impact Parliament’s decisions when developing national plans. Thus, resulting in a stable national position on global issues, Canada is then able to incite change at national conventions and have a greater say in how countries react to instability.

Signing onto internationally-renowned treaties and alliances, Canada’s cooperative nature has earned them respect in regard to forming multilateral relationships. Their pioneering efforts in the North Atlantic Trade Organization (NATO), the Red Cross, the Open Government Partnership (OGP), and the United Nations High Commissioner for Refugees (UNHCR) demonstrate the ability for goals to be actualized as global peacekeeping efforts. Most notably, Canada’s role as a founding partner of NATO in 1949 demonstrated a keen interest in the widespread coordination of international military operations. However, the country has not been required to make the first move in imposing international policy decisions of its own.

Flash From the Past: Cold War Comparison

In contrast to the United States, Canada’s key role in international conflict resolution has taken a human interventionist approach in comparison to the States’ hawkish, arms-heavy means employed to exert power over people. This has led to a unique relationship between the two Western counterparts who actively shared intelligence and diplomatic missions during the Cold War. Deviating in terms of nuclear missile policy, Canada preferred to avoid nuclear warfare and advocated for the eventual development of military bases serving as Peacekeeping missions in the Eastern bloc.

After the creation of international military alliances such as the Warsaw Pact, it is apparent that Canada’s soft powers are the weapon of choice in foreign policy. Subsequently, diplomats and international representatives actively exercise cultural influence on countries with conflict. They seek to spread Western values and ideology overseas, to minimize the actual presence of Canadian nationals on foreign soil. This provides for further speculation on how Global Affairs Canada may continue to respond to Russia’s invasion of Ukraine and surrounding areas. Canada may be well suited to employ a human intervention strategy in order to facilitate productive discussions among Ukrainian and Russian officials.

During the Cold War, Canada preferred to exert their efforts by approaching the communist United Socialist Soviet Republic with soft powers. Soft powers are employed by countries aiming to incite change by willingness to cooperate through appeal and interaction, rather than force or coercion. The same measures are not as effective as they once were in influencing Eastern European society. Global Affairs Canada has carried out their cooperative approach to international security when supporting Ukrainians. The development of Operation UNIFIER has helped Ukrainians strengthen their own military forces while requiring low levels of intervention on behalf of the Canadian government. Moreover, through partnering with Bretton-Woods organizations, the country has pledged a $500 million dollar aid package to help those who are under political and military duress in Ukraine.

Where do we go from here?

The rapid turnover of Foreign Affairs Ministers in Cabinet has done little to form a cohesive working unit of officials. Since former Prime Minister Harper’s tenure, there have been eleven different officials appointed to the position. This prohibits the likelihood of projects and policy arrangements requiring multiple years of focus to be actualized in Foreign Policy. Due to this loss of direction and focus created by internal instability, Canada’s Foreign Service unit is put on the backburner as an area of the government lacking in prominence and stature. A variety of solutions ranging from fixed terms for Ministers of Foreign Affairs to mandatory international policymaking experience, may serve as a start for developing a stronger unit.

After the bidding loss for a seat on the coveted United Nations Security Council in 2015, and again in 2020, it is apparent that Canada is not a top contender in Global Securities. It is imperative for Canada to focus on methods of strengthening its stances on global affairs and ensure the longevity of Foreign Service personnel. Bringing progressive ideas including gender equality, pluralism, and fair economics to the world stage, Canada is well-positioned to incite change in the international community. Regardless of what it may be, Canada must act now to ensure that the country’s international relations can accurately respond to and shape foreign affairs.

Featured image by Nato and obtained via Wikimedia Commons under a 2.0 Generic Licence.