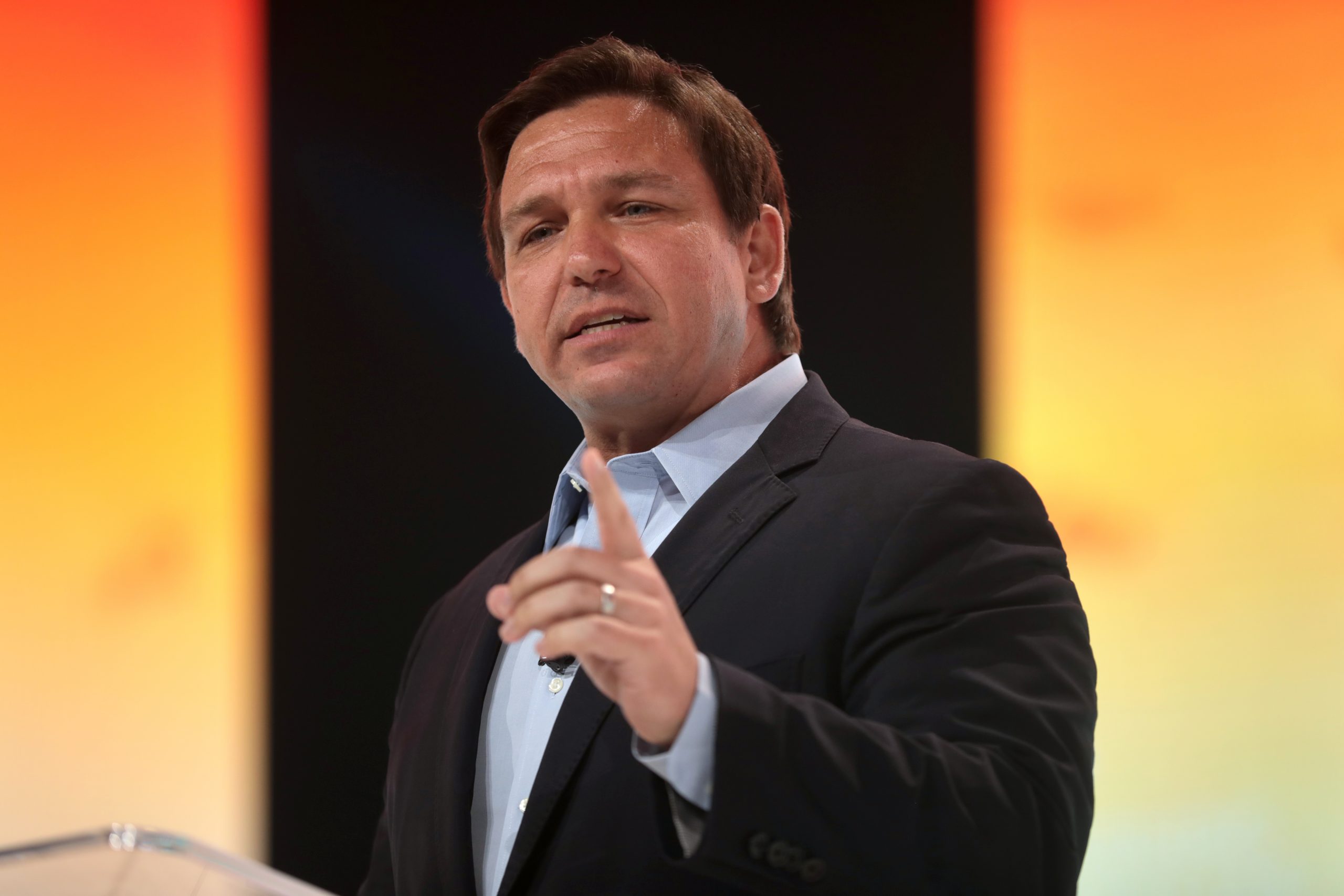 While it seems like an eternity away, the search for potential Republican candidates in anticipation of the 2024 United States presidential elections has already begun. From this process, two names have seemingly emerged as the strongest contenders so far. The first, predictably, is the former president Donald Trump. This comes as no surprise as he remains the favourite amongst the party’s base and certainly seems to be teasing a possible third bid for the White House, although it is likely that if he does run, his candidacy announcement will not come until after the midterm elections this November.

The second name is that of Governor Ron DeSantis, the current first-term Republican Governor of Florida. In a straw poll regarding who should be the 2024 Republican presidential candidate, conducted at the Conservative Political Action Conference (CPAC) late this February, DeSantis came second with 28 per cent, trailing far behind Trump’s 59 per cent, but significantly higher than any other contender, none of whom surpassed two per cent. While not representative of the entire Republican Party, and perhaps somewhat biassed because of its location in Orlando, Florida, the CPAC straw poll suggests that DeSantis could be a strong contender for the presidency in 2024. As such, it is worth examining the Republican hype around DeSantis, and why people are considering him as a strong potential candidate for US presidency.

From the Gubernatorial Office to the Presidency

Certainly a prominent asset that seems to work in DeSantis’ favour is his experience as Governor of Florida. For the longest time, serving as a state governor has been seen as a common stepping stone on the path to the presidency. In fact, 17 out of the 45 men that have won the White House had previously served as a state governor beforehand, the most recent being President George W. Bush. An explanation for the prevalence of state governors in the presidency is because the two positions share some major similarities.

For example, the Governor of Florida serves as the chief executive of the state and is responsible for executing and enforcing its laws. Similarly, Article II of the US Constitution lays out that the president possesses the executive power of the federal government, and is responsible for executing and enforcing federal laws. Illustrating these similarities is not to say that the presidency and governorship are the same. Indeed, both roles, when examined closely, are full of nuances that make them very different. However, both are instilled with executive power, and both are responsible for the execution and enforcement of their respective laws, making experience appear transferable, at least to voters. As such, DeSantis’ position as Governor of Florida could prove to strengthen his potential candidacy for the White House.

The Importance of Florida

On a similar note, another factor which lends into what might make DeSantis a desired candidate for 2024 is his close association with Florida itself. In presidential contests, Florida is often classified by political pundits as an important swing state, both for its high electoral delegate value, and because recent elections in the state have tended to be competitive, with the results often being close or fluctuating between parties in different election years. For example, in 2012, President Barack Obama won Florida with 50 per cent of the vote to Mitt Romney’s 49.1 per cent. Meanwhile, in 2020, Trump won Florida with 51.2 per cent to Joe Biden’s 47.9 per cent.

What could make DeSantis a strong contender for the presidency in 2024, and a desired candidate choice, is the fact that he already holds elected state-wide office, he is well-known in Florida, and he continues to maintain relatively high popularity in his position. One can glean evidence of his popularity by looking at his potential matchups in the gubernatorial elections this November, in which polls consistently show him ahead by a significant margin against any and all potential Democratic challengers. If he can maintain this popularity and decides to go for the presidency in 2024, his close association to a valuable swing state where he has a potential advantage makes him an appealing candidate.

Another factor that might serve DeSantis well is his proven ability to draw national media attention to himself. His successes in garnering this attention, something state officials usually struggle with, has been achieved by wading into controversial national issues, inspired by Trump and made relatively popular among the Republican base. This is particularly true of issues picked up by Fox News, where the vast majority of conservatives in the United States get their news.

For example, he has pushed legislative bills in Florida’s Republican-dominated state legislature that restrict abortion access, limit classroom discussions about sexual orientation, and enable families to legally clash with schools regarding curriculums. Most recently was the passage of the “Parental Rights in Education” bill, dubbed the “Don’t Say Gay” law by its critics, which ignited massive controversy and drew significant attention from media and national figures alike, including President Biden. DeSantis’ ability to draw significant media attention and directly engage with national figures like Biden might help him establish and grow a political brand, as it has been argued that this happened with Trump’s countless controversies and consequent media exposure in the 2016 election.

Overall, DeSantis’ position as Florida’s Governor, and his ability to attract media attention, positions him as a serious contender for 2024. However, one cannot say for certain what the next few years will bring. Although unlikely, Democrats are planning to beat DeSantis out of office this November, a factor which would definitely stunt his chances as a presidential candidate. As mentioned earlier, Trump’s plans for 2024 remain up in the air, and his involvement in the election could definitely change how effective a DeSantis candidacy would be. That being said, it is evident that if everything goes his way in the next few years, DeSantis might be a strong contender as a Republican candidate for the presidency.

Featured image by Gage Skidmore and obtained via Flickr under an Attribution-ShareAlike 2.0 Generic (CC BY-SA 2.0) License