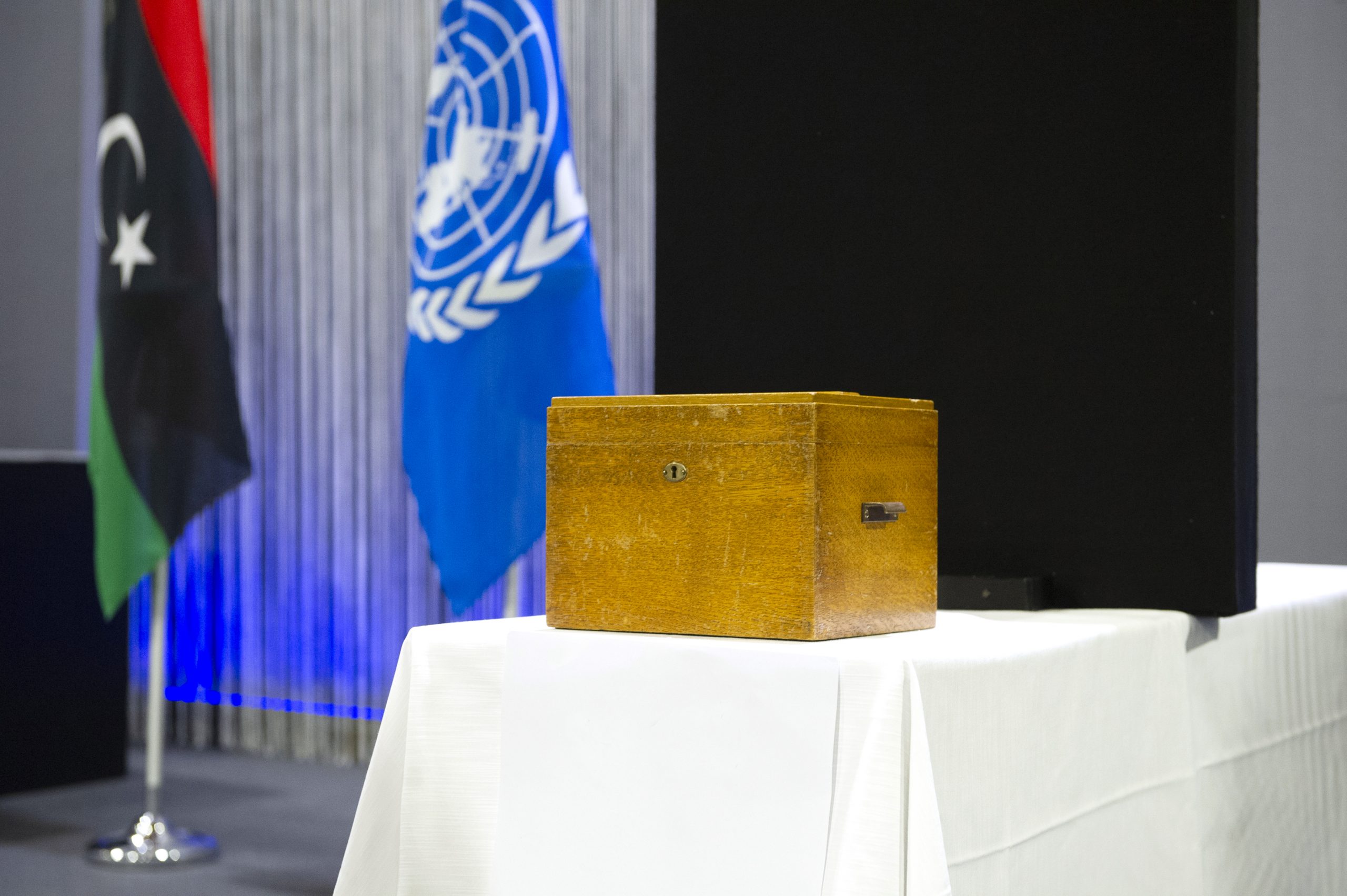 Torn by a civil war that has been ongoing since a NATO intervention in 2011 toppled the long-ruling dictator Muammar-AlQaddhafi, Libya seems to be deeply divided, rendering the county a fertile ground for armed conflict.

In February of 2021, Abdelhamid Dbeibah was appointed as the head of an interim government under the aegis of the United Nations that intended to lead the country to a presidential election. This election that was supposed to be the culmination of the interminable post-Gaddafi transition has been postponed indefinitely. Its postponement appears to be caused by persistent internal disagreements over the legal basis of the democratic transition. There is a confrontation between the political powers in the east, embodied by the parliament and Marshal Khalifa Hiftar, and the powers in the west comprising the Abdelhamid Dbeibah government.

Although presidential elections were supposed to be held on December 24 of 2021, they were postponed. Political instability has since reigned over the country — on February 10 of 2022, the Libyan parliament appointed Fathi Bachagha as the new Libyan Prime Minister to replace Dbeibah, who refused to cede power. The parliament justified its decision by claiming that the mandate of the Dbeibah has expired with the postponement of the elections. The text that accompanied the vote of confidence, granted in March 2021 to the government of Dbeibah, stipulated that “[his] mandate would end no later than December 24, 2021″. However, Dbeibah declared that he would only cede power to an elected government. As a result, Libya finds itself with two prime ministers, each supported by local and regional groups, raising fears of a return to an armed conflict.

Political divisions are not new to Libya — they are embedded in the social fabric of the state institutions and the population. In fact, the country’s political landscape has been shaped by patterns of tribalism and clientelism cultivated during the forty year-long dictatorship of Qaddadi. These persisted even after the latter was overthrown as the country was drawn into a decade-long civil war. When Qaddafi took power in 1969 his overthrow of King Idris of the Sanusi religious tribe located in the East of the country caused resentment towards Qaddafi to develop. During his leadership, he systematically marginalized the eastern region, keeping it underdeveloped. Since Qaddafi was privileging members of his tribe, Qadhadhfa, and their ally tribe, the Warfalla, the rest of the population was marginalized and subject to repression and ideological surveillance.

Therefore, pre-existing patterns of divisions and tribal politics cultivated by Qaddafi could explain Libya’s deeply-rooted divisions. Corruption and clientelism based on tribal identity are so deeply embedded in the norms of the state, its institutions, and in social relations that they impede any process of unification and reduce the chances of effective negotiations between the opposed parties. Consequently, no one leader has enough power, legitimacy, or charisma in the eyes of Libyans to garner support and unite them behind his leadership — both claimants to the title of Prime Minister are incapable of transcending the entrenched divisions.

Foreign intervention contributes to the complication and prolonging of the Libyan crisis and to the hardening of the positions of the political parties. Some countries have, in the past, used Libya as a ground to test their military equipment — from Emirati and Turkish drones to Russian landmines. Different regional allies back different sides in the conflict, amplifying and perpetuating existing divisions. In fact, the NATO intervention that backed the protests against Qaddafi in 2011 set a precedent for foreign intervention, with countries siding with different parties in the conflict to advance their interests in the oil rich country.

Although Bashagha served as the interior minister of the government based in western Libya from 2018 until March 2021, being appointed as the new Prime Minister by the eastern-led government means that he could possibly inherit the political support of the countries that were supporting the previous Haftar-led government, forming an alliance against Dbeibah.

States’ concern to preserve their political and economic interests in Libya and in the region might promote foreign intervention with the goal of securing an alliance with the new Libyan leader. Particularly, brokering potential oil deals with Libya is a powerful incentive for neighbouring countries to intervene. If foreign intervention by states backing different sides in the conflict persists in Libya, it could amplify the already-existing deeply-rooted divisions, making Libya sink in separation and potentially conflict again.

A return to conflict?

A return to conflict is conceivable since each side is supported by armed groups and has national and regional allies. Dbeibah has accused the Parliament for being “responsible for this bloodshed and chaos”. On February 12 of 2022, armed groups converged on Tripoli from Misrata to support Dbeibah, stoking fears of a resurgence of armed conflict. This is occuring in a context in which Libyans are said to already be “psychologically and economically” exhausted by the decade-long civil war.

International pressure for the holding of legitimate elections for the head of state and the legislature has the potential to produce an alternative outcome. Nevertheless, such a scenario might not unfold in the foreseeable future as the international community’s efforts and resources are currently centered on the Ukrainian-Russian war, casting aside localized crises of lesser immediate magnitude such as the Libyan decade-long political crisis.

Featured Image by UN Geneva and obtained via Flickr under an Attribution-NonCommercial-NoDerivs 2.0 Generic (CC BY-NC-ND 2.0) License