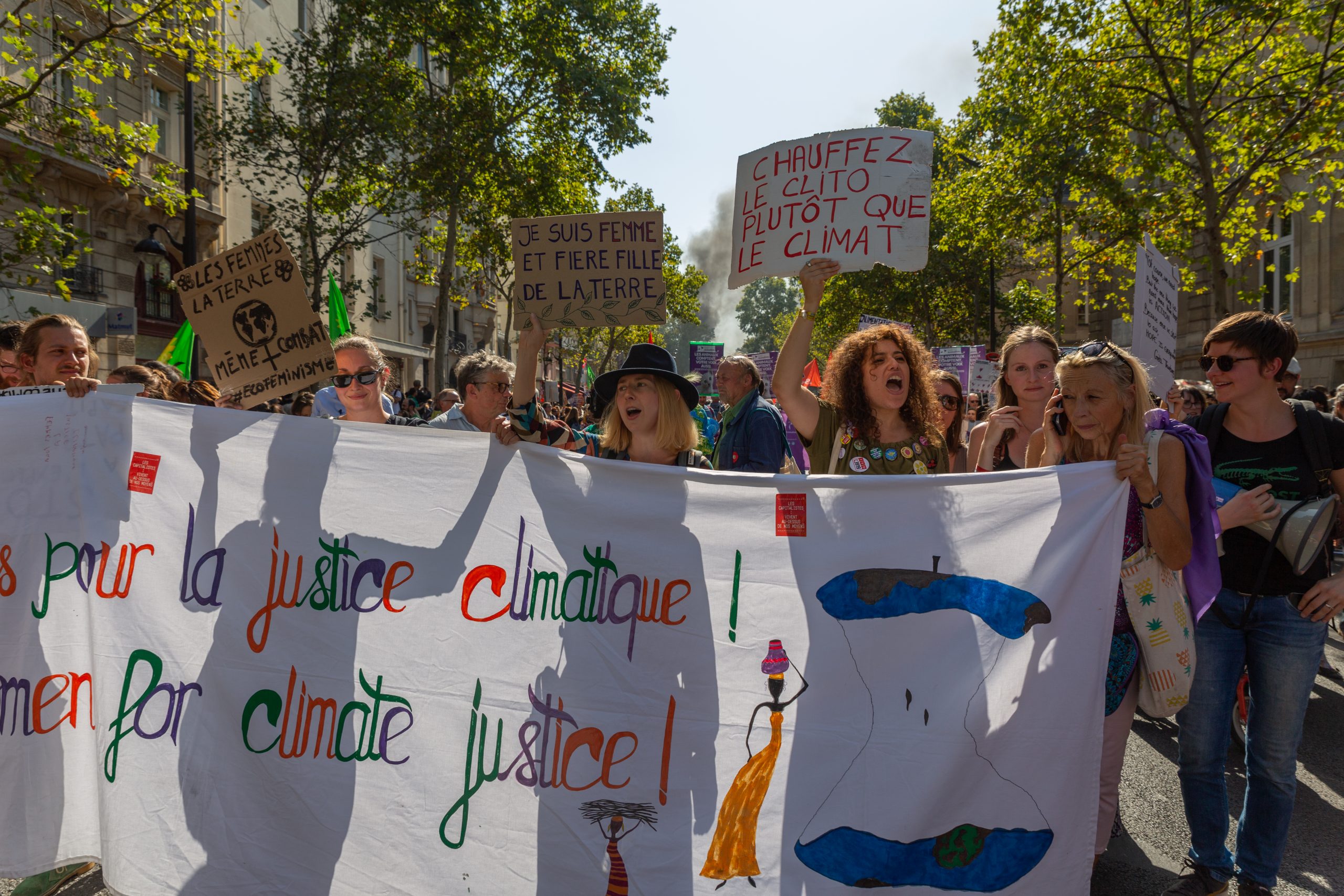 An external existential threat of the nature of climate change, without a concrete aggressor nor a traditional adversarial strategy, has yet to be faced by our modern political world order. Despite common rhetoric of a global community, the impacts of climate change are felt very differently by people and polities in different areas of the world. Indigenous and impoverished communities, who overwhelmingly depend on natural resources, are more likely to feel more immediate and severe impacts from climate change-induced natural disasters and ecological damage. On a global level, it is the most vulnerable populations who are affected the most by climate change-induced extreme weather who contribute the least to global greenhouse gas emissions. The poorest countries, as classified by the World Bank, account for nearly 60 percent of the world’s population, but less than 15 percent of greenhouse gas emissions. Thus, far from a democratic threat affecting all countries and groups equally, climate change saves its most severe impacts for populations already socially and politically marginalized.

The global response to climate change has been led by developed countries, all of whom relied heavily on carbon-emitting activities to industrialize and develop. This global response, outlined most prominently in the 2015 Paris climate agreement, has focused on curbing greenhouse gas emissions to limit the warming of the planet. Although the Paris Agreement does recognize that not all developing countries have the capacity to deal with climate change, sustainable technologies are expensive and difficult to implement. Furthermore, the Agreement specifically precludes any assignment of liability for climate change, at the request of developed countries. While developed countries have promised over $100 billion in aid to developing countries to support renewable energy and sustainable agriculture, this amount has yet to be delivered, and isn’t nearly enough to cover the $210 billion in damages caused by climate-related natural disasters in 2020 alone. While the Paris Agreement and other international agreements include language recognizing differential capacities across countries for dealing with climate change, they fail to create an actionable plan to close these disparities.

Despite the pragmatic need for aid from developed countries, many leaders in developing countries have been reluctant to engage in multilateral relations with wealthier countries, for fear of losing sovereignty. Asymmetric money and power relations between governments of the Global North and Global South, as well as Global North run- and allied- nongovernmental organizations, have the potential to undermine the national sovereignty of developing countries, replicating colonial relations, even as they bring money and attention to the cause of environmental protection. Brazil has taken the position that developed countries should lead in the efforts to reduce global emissions, and has argued that its emission reduction efforts should be voluntary and in proportion to its stage of development. The Brazilian government has been reluctant to allow international monitoring of deforestation in the Amazon, viewing Amazonian environmental protection as a domestic issue subject to national governance rather than international interference. Brazilian development strategy has also focused on state-led growth in the emission-heavy sectors of energy and manufacturing in pursuit of domestic development goals, at the expense of the environment. From an equity perspective, Brazil and many other developing countries argue that they ought to be allowed to utilize emission-heavy mechanisms to develop, since developed countries already did so and now have a greater capacity and responsibility to curb climate change. Thus, climate change presents a double bind, striking lower-income countries much more severely than higher-income countries, while these lower-income countries lack the capacity to deal with the active effects of climate change as well as the capacity to develop sustainably. While the obvious solution may appear to be cooperation between wealthy countries and poorer countries to implement sustainable technologies for development, no actions are free of political ramifications, and interference in domestic governance by international NGOs and developed countries can undermine the sovereignty of developing countries. For all the rhetoric of climate change as a universal threat, its impacts tend to fall along preexisting lines of privilege, creating a moral, ethical, and political dilemma for the powerful countries largely responsible for emissions.

Featured image by Etienne and obtained via Flickr under an Attribution-NonCommercial-NoDerivs 2.0 Generic (CC BY-NC-ND 2.0) License