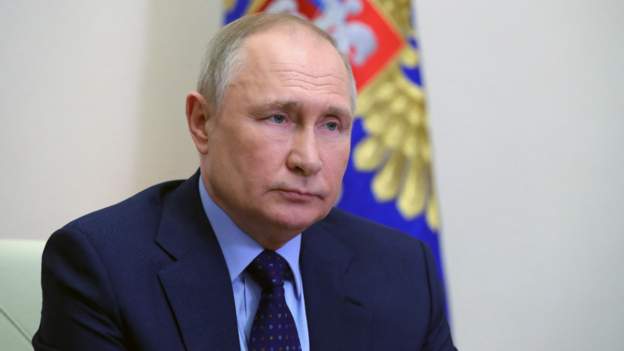 Expanding the Definition of the “Self” in “Self-Defence”:

The universal ban on inter-state war is a central element of the UN Charter. For states that are members of the United Nations, it is illegal to use or threaten force against other states, except as necessary in self-defence to respond to an armed attack. The texts of Articles 2(4) and 51 of the UN Charter are the foundation of the contemporary legal regime on war, the formal rules that distinguish acceptable from unacceptable uses of force. The key provision on the international ban on war is contained within Article 2(4), which establishes the prohibition on the threat or use of force against the political independence of any state. Article 51, aimed to supplement the hallmark policies that prohibit inter-state war, acknowledges the legality of war in self-defence. Under this article, member states of the UN possess an inherent right to a military response were an armed attack to have occurred against them. With these clauses, the Charter removes from states the right to decide as they wish how to use their militaries and installs in its place a collective system with UN international law at the center.

Through creating a legal category for “self-defence”, the Charter authorizes and legitimizes wars that are motivated by the security needs of the state, while forbidding other motives for wars. Consequently, the Charter’s effect on the dynamics of inter-state wars provides a legal basis for the pursuit of national security interests. In other words, Article 51 of the UN Charter changes the politics of legitimation for war, where states are enticed to utilize the rhetoric of self-preservation in order to authorize an armed deployment against another state. Additionally, the legitimation of self-defence speaks to the permissiveness of inter-state war within international law in the sense that the Charter validates wars that are motivated by self-defence, while constraining states who seek to use war for other means. The UN possesses a very low level of delegation when it comes to “approving” the legitimacy of a state’s claim to self-defence. Rather, states themselves, including those who are the perpetrators of war, often possess the final say as to what constitutes an act of self-defence. Consequently, since domestic policies are crucial in determining whether an induced war counts as “self-defence”, it is often a foregone conclusion that states who seek war justify it as an act of self-preservation. As such, the repercussions of Article 51 functionally render the law on the ban on war unbreakable.

The definition of the “self” in a state’s self-defence response has been steadily expanding since 1945. The “self” seems no longer limited to territorial borders, instead being inclusive of citizens and interests abroad. For example, a consensus seems to be emerging on the lawfulness of anticipatory self-defence, where an offensive act of self preservation may be conducted against latent threats and imminent armed attacks.  The meaning of armed attack, in the practice of self-defence, has also widened. Usually, armed attacks are understood as encompassing military or hostile actions against objects that represent the symbols of state sovereignty, such as territory or troops stationed abroad. However, the definition of an “attack” on the “state” has been extended to include citizens and ethnic groups under political or bodily danger. The expansion of the self-defence doctrine to an “ethnic self-defence” legitimizes the abuse of the notion of providing a “license to kill”, where a state actor may utilize deadly force to emancipate expatriate citizens or ethnic groups in foreign countries.

Russia and the “Protection” of Ethnic Russians:

When President Vladimir Putin ordered the Russian “peacekeeping” operation into Ukraine’s separatist territories of Donetsk and Luhansk, he did so while deploying an extended conception of state self-defence. A fear that Russia would lose its grip on the surrounding post-Soviet space precipitated Moscow’s actions in Ukraine, while the presence of ethnic Russian populations in the Donbas provided the Kremlin with a pretext to step in as a protector. Putin legitimized the War in Ukraine by claiming, without evidence, that Ukraine’s Russian-speaking citizens were being subjected to “genocide”.

The Kremlin has historically utilized the presence of ethnic Russians as a political “entry point” when conducting their flash-invasions in former Soviet client states. In 1990, Moscow had backed the pro-Russian regime in Moldova’s breakaway region of Transnistria. Russia again launched an invasion in support of Georgian separatist governments in South Ossetia and Abkhazia, two provinces with large Russian-speaking populations. In both Moldova and Georgia, Moscow deployed the same civilian-protection rhetoric it has used during the deployment into Ukraine. Equally, the lingering Russian military presence resulting from both conflicts has forced each state to tolerate Moscow’s interests during the War in Ukraine.

With many Russian ethnics being dispersed across borders before and during Soviet times, countries lining Russia’s western rim offer a terrain for conflicts to emerge and fester. A survey conducted by Pew Research Centre found that ethnic Russians are more likely than non-Russians in their countries to say that Russia has an obligation to protect ethnic Russians living outside its borders. This coincides with Putin’s dominant narrative: an emphasis on the importance of ethnic Russian culture as the binding fabric of the Russian state. In the case of Russian expansionism, this social identity logic facilitates Putin’s claim to a sphere of influence over post-Soviet countries.

However, the issue with Russian expansionism does not lie in the existence of Article 51 itself. Rather, the current international regime’s legitimization of “ethnic self-defence” assists Russian expansionism by validating a method of war-making instead of protection. Russia has relied on disingenuous claims of a genocide on Russian speakers in Ukraine. The ability for Russia to deploy and abuse the mechanism of self-defence for the protection of Russian ethnics is symptomatic of a larger flaw within international law regarding the lack of delegation in regards to monitoring the validity of a state’s proclaimed action of “self-defence”. In other words, the UN possesses a responsibility to “fact-check” whether a state’s act of self-defence is genuine and falls in line with the legal precedent surrounding Article 51. As it stands, it seems as if the UN is committed to a stance of neutrality, advising staff against using the words ‘war’ or ‘invasion’ regarding Ukraine. However, in order for Russia’s abuse of Article 51 to stop, any unjustified modes of military intervention under the guise of “self-defence” must be counteracted in some other way within international law.

Featured Image by Just Click’s With A Camera and obtained via Flickr under a  Creative Commons Attribution 2.0 Generic license.