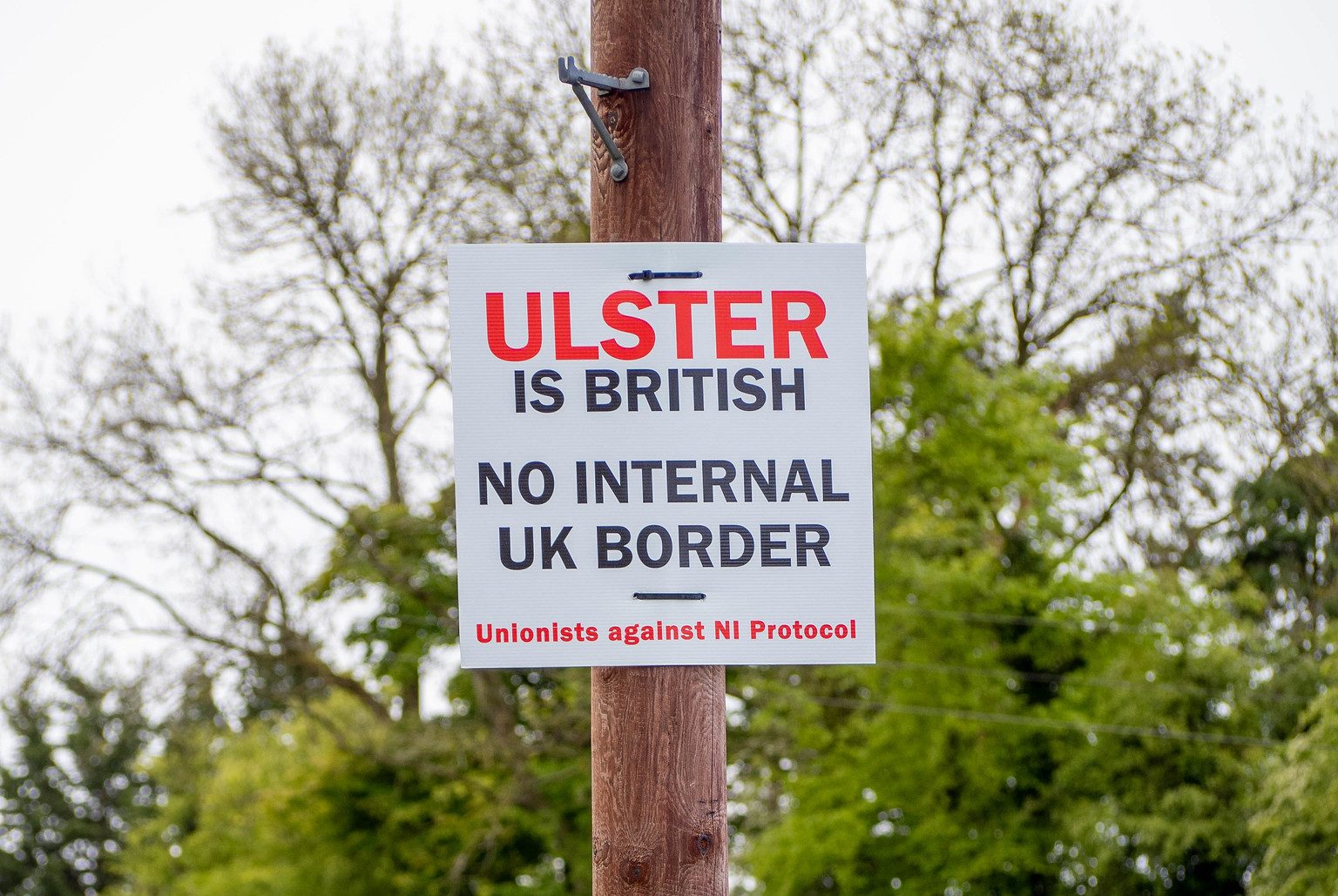 The border between Ireland and Northern Ireland is crossed by some 30 000 people every day for work. Travel across the border is unrestricted, but this partition still has an important legal and political purpose as it creates a formal division between the two states. As well, Northern Ireland and the Republic of Ireland share strong trade ties, which the fluidity of the border has facilitated. However, Brexit has had a major impact on how the border is perceived by unionists and nationalists, the former being those who wish to stay in the UK and the latter those who wish to leave, as well as reoriented the discourse in Ireland on Irish unity.

The UK’s membership in the EU meant that most major restrictions on trade between Northern Ireland and Ireland were removed, which facilitated the economic relationship between the two. In the aftermath of Brexit, there were three potential outcomes for Northern Ireland’s trade relationship with the EU. The first involved establishing a hard border with customs checks. As the border between Northern Ireland and Ireland was once the most militarized in Europe, reinstating a physical boundary would have negative and destabilizing consequences, especially for cross-border communities. The likelihood of Irish nationalists mobilizing against the UK’s border checks would have been high. The other two options were to have all of the UK stay in the EU single market or leave the UK customs territory. These were all unfavourable outcomes. However, a policy was created allowing Northern Ireland to keep its open border with Ireland/the EU while remaining in both the EU customs union and the UK, known officially as the Protocol.

The Protocol was implemented in January 2020 with the Brexit withdrawal agreement. This is an unprecedented economic arrangement in terms of international law. Northern Ireland’s relationship with both Britain and Ireland has been fundamentally changed as it is now both in and between the EU and UK markets. Under the Protocol, Northern Ireland is inside the EU single market; it still follows EU free movement of goods rules and EU customs union rules. EU checks on British goods are also required when entering Northern Ireland. Goods may be moved to the UK without restrictions, and there are no customs checks on the land border between Northern Ireland and Ireland. Not only is the Protocol more beneficial to trade than a hard land border, but it also helps to ensure the viability of the peace.

What has been the political impact of the Protocol?

The Protocol has been a source of discontent for unionists. They argue that placing a border across the Irish Sea undermines Northern Ireland’s place in the UK. As a result the largest unionist party in Northern Ireland, the Democratic Unionist Party (DUP), is refusing to take part in the power-sharing government, a system which was established as a condition of the Good Friday Agreement, unless its concerns are addressed. Although the DUP lost to Sinn Fein (a party which accepts the Protocol) in May 2022, a new government cannot be formed without its support. It’s important to note that the BBC estimates that Stormont (Northern Irish Parliament) has only functioned 65 percent of the time since 2000. Hence, a non-functioning government is not necessarily a threat to the GFA at this point. The deadline to resume power-sharing was October 28th 2022. Therefore, an election will be held in 2023.

Implications for the peace process

Since the introduction of the Protocol, there have been various protests in parts of Northern Ireland against the policy. Northern Irish scholars have argued that the longer the problem persists, the more agitated sections of the population will become, increasing the likelihood that violence returns to the country. It is important to reiterate that in May 2022, the nationalist party won the election, with 29 percent of voters putting them as their first choice and 21.3 percent putting the DUP as their preference. So although the DUP has a strong base, Sinn Fein is currently the most popular party in Northern Ireland. This means that while many do not support the Protocol, a large portion of the population does. As well, most voters are more concerned with issues such as jobs, health and welfare than constitutional issues. So while the Protocol has significantly impacted politics in Northern Ireland, it is not the only issue at hand. All this being said, the DUP and unionists still make up an important faction of Northern Irish society, and the possibility of violence cannot be overlooked.

Brexit has undermined the political stability and consensus that the GFA established. It has led to a new discourse on Irish unity across the entire island. Following the signing of the GFA, many Irish nationalists were content with the status quo, were not seeking a border poll, and would have voted against unity if a referendum had been held. Only 58 per cent would have voted yes if a referendum was held “tomorrow” in 2002 as they feared violent backlash from unionists.  However, in the aftermath of Brexit, the data shows that nationalists would support a referendum on Irish unity. In a September 2019 poll, 98 per cent of nationalists said they would vote for unity if a referendum was held “tomorrow”. Therefore, Brexit has significantly unified nationalist support for a border poll, going from 58 per cent support in 2002 to 98 per cent in 2019. It is also important to mention the demographics of voters. A clear majority of those under 45 would vote for unity, including 60 per cent of voters between the ages of 18-24. The over-65 age group was the only clear pro-UK majority.

The DUP has no incentive to soften its insistence that the Protocol be changed, especially when trying to win supporters in the upcoming election. Rishi Sunak could try to resolve this crisis by engaging in negotiations with the EU to make the Protocol more palatable for unionists. However, there are more pressing issues in the UK which he will most likely address first. Northern Ireland is also facing a cost of living crisis, with the standard of living being below the rest of the UK. Still, the election will likely be centered around the Protocol rather than these issues. Nonetheless, the impact of Brexit and the Protocol on Northern Ireland has been significant. It has unified nationalists, slowed trade between Northern Ireland and Great Britain, mobilized unionist communities and halted the power-sharing process at Stormont. All of these factors may be enough to trigger a border poll in the upcoming years.