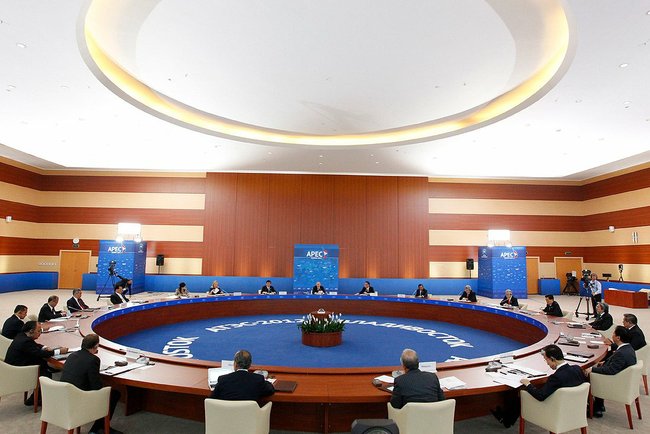 This weekend marked the annual Asia Pacific Economic Cooperation (APEC) summit, held in Port Moresby, Papua New Guinea (PNG). APEC is a forum for fostering economic agreements  and cooperation between states along the Pacific Rim. In the past, the annual summit has been a large success in facilitating trade deals and all around a time for member states to celebrate cooperation. This year, however, was different. Amongst talks of foreign investment in the Pacific, drama erupted over the role of China and the West in trade and investment in the region. Before the conference began, there was speculation over the rising tensions between China and Australia in Oceania, but the conference proved to hold much more for global politics. Now that the summit has ended, it is clear that the competition in Oceania versus China is weighing much more upon the United States than Australia.

While it has yet to be made public where exactly China and the US could not find consensus, the end of the conference found Canadian PM Trudeau on stage stating that “different visions on particular elements regarding trade… prevented there being a consensus on the communiqué document,” which the conference has never experienced before in its 21 years. Rather, the summit will delegate to PNG, as chair, the duty of releasing a statement. This impasse at the summit has interrupted important decisions on economic affairs in the Pacific, leading to the conclusion that souring American/Chinese relations have resulted in  the diminishing influence of the two countries. When the two are constantly speaking out against one another and spending resources countering the other’s influence across the globe, it opens the door for other rising powers to take their place, if in a limited fashion.

The US/China tensions at the summit can be understood through China’s Belt and Road Infrastructure Initiative, which has given over $1.3 Billion in loans and gifts to Pacific nations and America’s interest in containing Chinese influence. The Belt and Road Initiative is an attempt by China and President Xi Jinping to spread Chinese influence across the world, particularly through infrastructure investments. Following America’s election of President Trump, US trade policy has become protectionist, following ideals of stating a need for “fair” trade. This has resulted in the imposition of substantial tariffs on Chinese products, as well as becoming aggressive towards all other world powers. Notably, the US even went so far as to restructure NAFTA, disadvantaging Canada, a traditional trade ally.

Almost all of the  Belt and Road projects in Oceania have been built by state-owned corporations, namely the China Communications Construction Corporation (CCCC) and its subsidiaries. The US sees this as unfair trade policy, classifying these companies as an extension of the government. The US believes not only that these companies operate in bad faith, often undercutting construction bids by hundreds of millions of dollars through state subsidies, but that they are dangerous to the countries in which they operate. US Vice President Mike Pence gave a speech at the conference warning countries susceptible to Chinese infrastructure seduction that they would likely end up in debt for unnecessary projects.

In response to Mr. Pence’s criticisms of his policies, Chinese President Xi spoke on the rise of American protectionism and its inevitable failure, one that will hurt not only Americans but states across the world. China, and the vast majority of the international community, see America’s rhetoric on Chinese state-owned companies as an effort to temper rising Chinese economic influence across the globe.

While neither China nor the US came out of the conference pleased, there were two winners in the end. PNG, the host state and Chair, ended the conference with the promise of a new Naval base from Australia, with help from the US. PNG will not only have a state of the art base (though it remains unclear exactly who will use it), but its economy will be spurred by jobs in construction and, the soldiers who will be stationed there later. For Australia, this is a chance not only to spread its economic influence in Oceania, but will also allow them to have their own ships stationed at the base.

Over the past few years, Australia has become the largest aid donor to Pacific countries and has recently pledged to invest millions of dollars in infrastructure for Pacific islands. While Australia’s intention is no doubt to counter Chinese influence in the region, affirming China’s status as a world power, its ability to do so weaves a different tale. American animosity towards China in the region is what has allowed this growing Australian presence in the Pacific. This confirms that, as America and Chinese tensions rise, space is made for other powers to slowly fill the cracks.